Inspired by the recent broadcast of a TV movie we travel to Vienna to follow the traces of the famous Empress. Maria Theresa riled from Hofburg, the main and the oldest  residence of the Habsburg ddynasty. First of all, we need to mention that the recent movie on Maria Theresa was not shot there. The interiors and exteriors of Hofburg  were replaced by the archbishopric chateau in Kromeriz, local representational halls and sala terrana. After all, this was not for the first time a movie was shot at the cahteau. Milos Forman shot there his Amadeus. Do you remember the scene when Emperor Joseph II audienced Mozart at Hofburg? Yes, it was at Kromeriz. 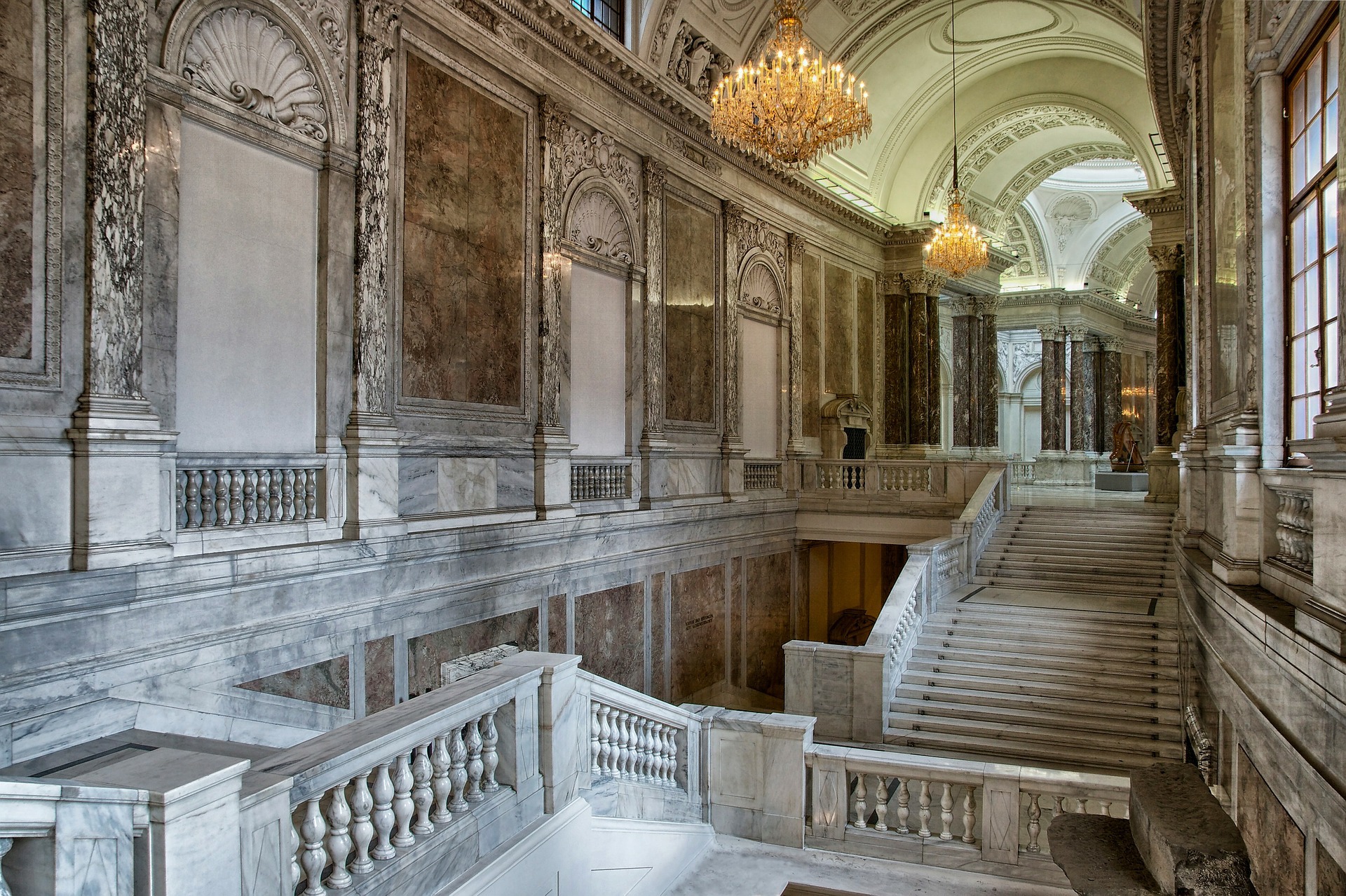 Vienna looked completely different in the year 1740. Instead of Ringerstrasse a large boulevard separating Innerstadt from the rest of the city there used to be massive city walls which would be destroyed a hundred years. There were originally no palaces around Ring, the town-hall, parliament, opera, or Burgtheater. Belveder chateau of Prince Eugene of Savoy was brand new yet Schönbrunn chateau, the summer residence of the royal family, was built only during the rule of Maria Theresa. Hence, for some years, Eugene of Savoy had more pompouse residence that the ruler. Nobility was quite unpleasantly surprised by the fact. 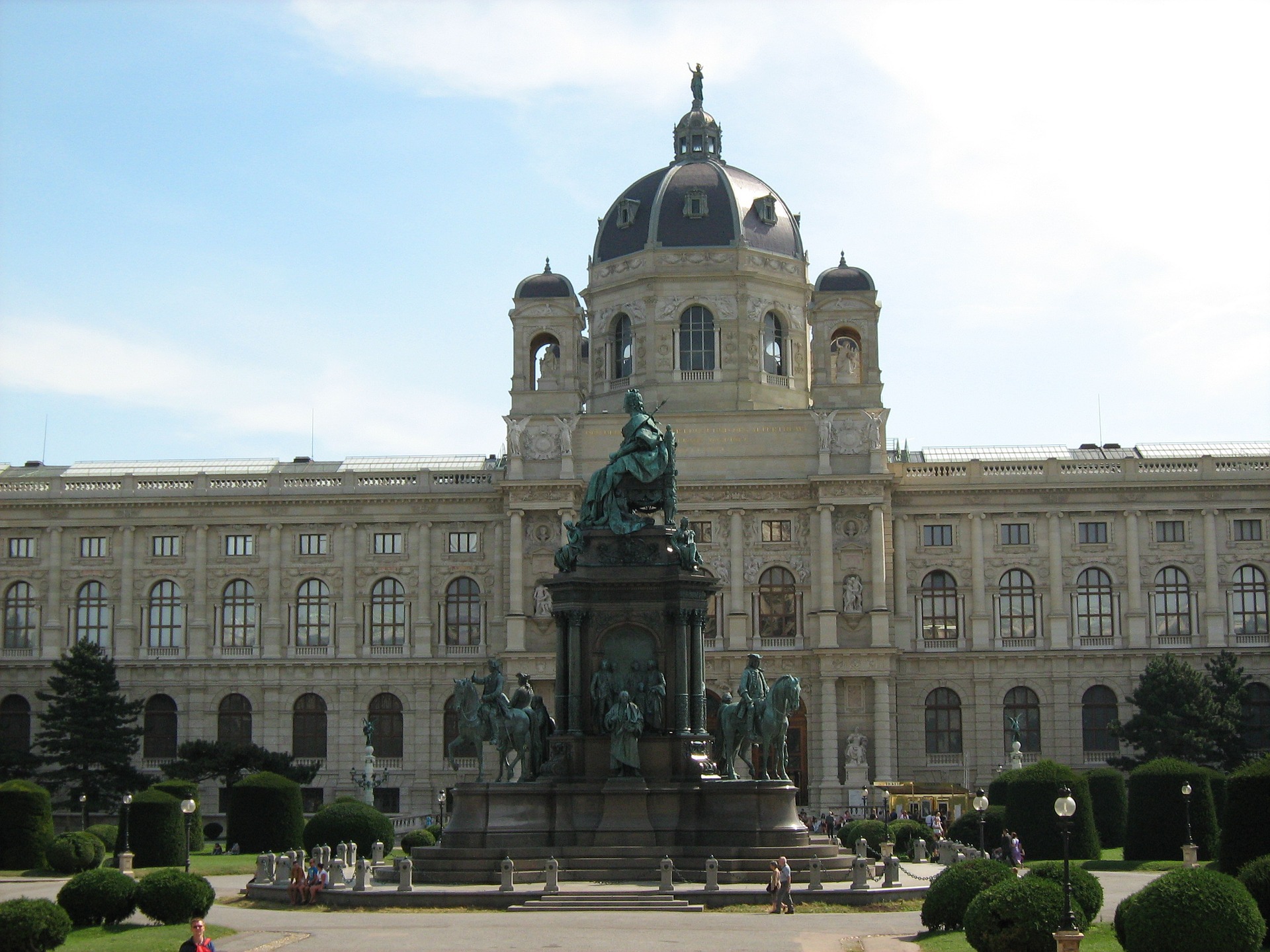 Where Did She Live?

Maria Theresa born at Hofburg in 1717. And shie died there at 63 years of age. The tour in Royal Chambers starts at the main entrance hall under monumental dome on Michaelerplatz. The same ticket may be used to see the Empress Sisi's Museum and the Silver chamber. The interiors were changed slightly since Maria Theresa's times. These were used by her successors and each of them adjusted them slightly so there is not much from her personal possessions left. Moreover, the so called Sisikult is now fashionable. 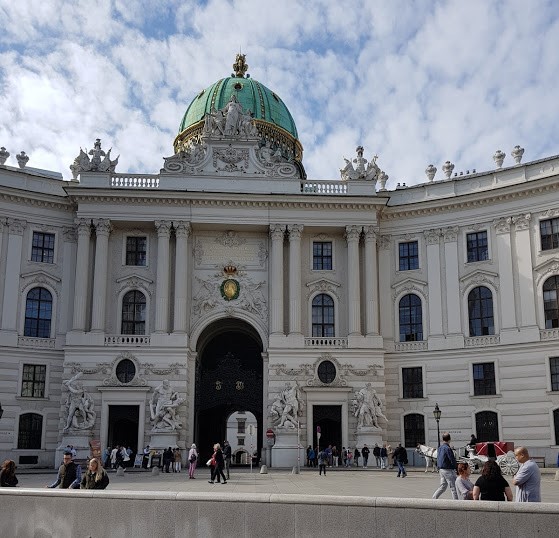 The royal silverware collection existed during Maria Theresa's times. Food was severd on silverware in the 18th century in the so called Silver chamber. Even empresses  personal cultlery has been preserved. She even took it to travels with her. It consists of a knife, fork, smaller forc, spoon, a spoon for an egg and marrow, an egg cup, and salt cellar.  It was made of pure gold in the mid-18th century. Formerly, silverware was not manipulated with with care. Once used it was melted and used for coins. Even cutlery and dishes from court kitchen were reused this way for it was necessary to finance the war against Napoleon. The court was ruled by strict Spain court etiquette and today's dining exposition makes a nice picture about it. For instance, the art of skillfuly folding napkins is an oral tradition only. Only two people know how to make it today. 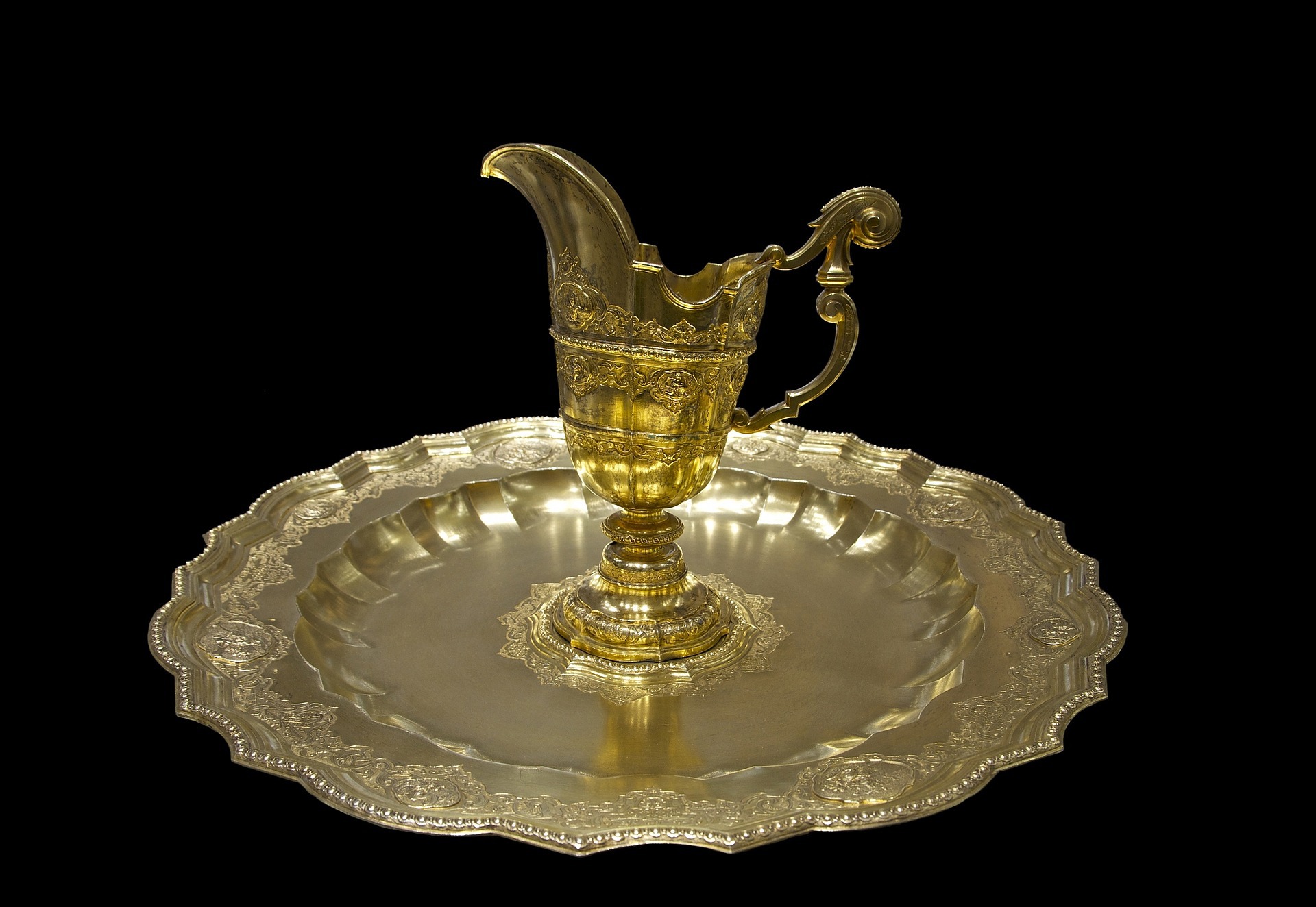 Where Did Her Wedding Took Place?

The wedding ceremony of Maria Theresa and Francis Stephen of Lorraine took place at an augustinian church which was a tradition. A roofed corridor run there from Hofburg. The most important church hosted all of the important royal weddings – Louis XIV (represented by a deputy) married here Maria Antoinetta. Francis Joseph married here Elizabeth of Bavaria aka Sisi. Don't take seriously what you may see in Sisi the movie. Maria Christina, the favorite daughter of Maria Theresa, took place there as well. She was the only one who was allowed to marry out of love. Prince Albert of Saxony hence the name of palace Albertina which contains a large art collection. A distinct marble cenotaph in the shape of a pyramide features a figural relief is placed in the church and made easily visible along the right side of the aisle. It was made for Maria Christina by her widowed husband. "To the best wife from Albert" is a moving memory to their 33 years of marriage. 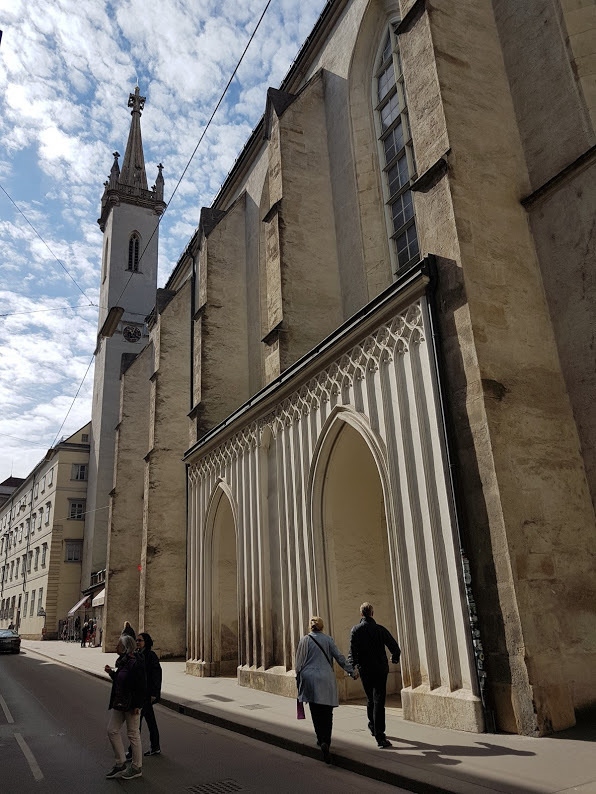 The Tomb of Hearts

There is one more thing interesting about the Augustinian church, the Tomb of Hearts which contains the remains of many of the Habsburg family who died between the years 1618 and 1878. The remains are at three places – the body at  the Royal Tomb, the urn with the body at Count's Tomb under St Stephen's cathedral. Ferdinand IV was first one who wished to lay separately his heart from the body and therefore started the tradition in the year 1654. The reason to separate the viscera was the fear of quick body decomposition.  Balsamed body was laid in an open coffion for several weeks so the people would have enough time to say their farewells to their ruler.

The Tomb of Hears which is situated behind the Loreto Chapel is opened only seldomly. It is not as richly decorated as in the 18th centuy. Since the last fire it is a simple space coated in white color. Inside the church, there is an audio stand where you may listen about the history of the church in different languages. 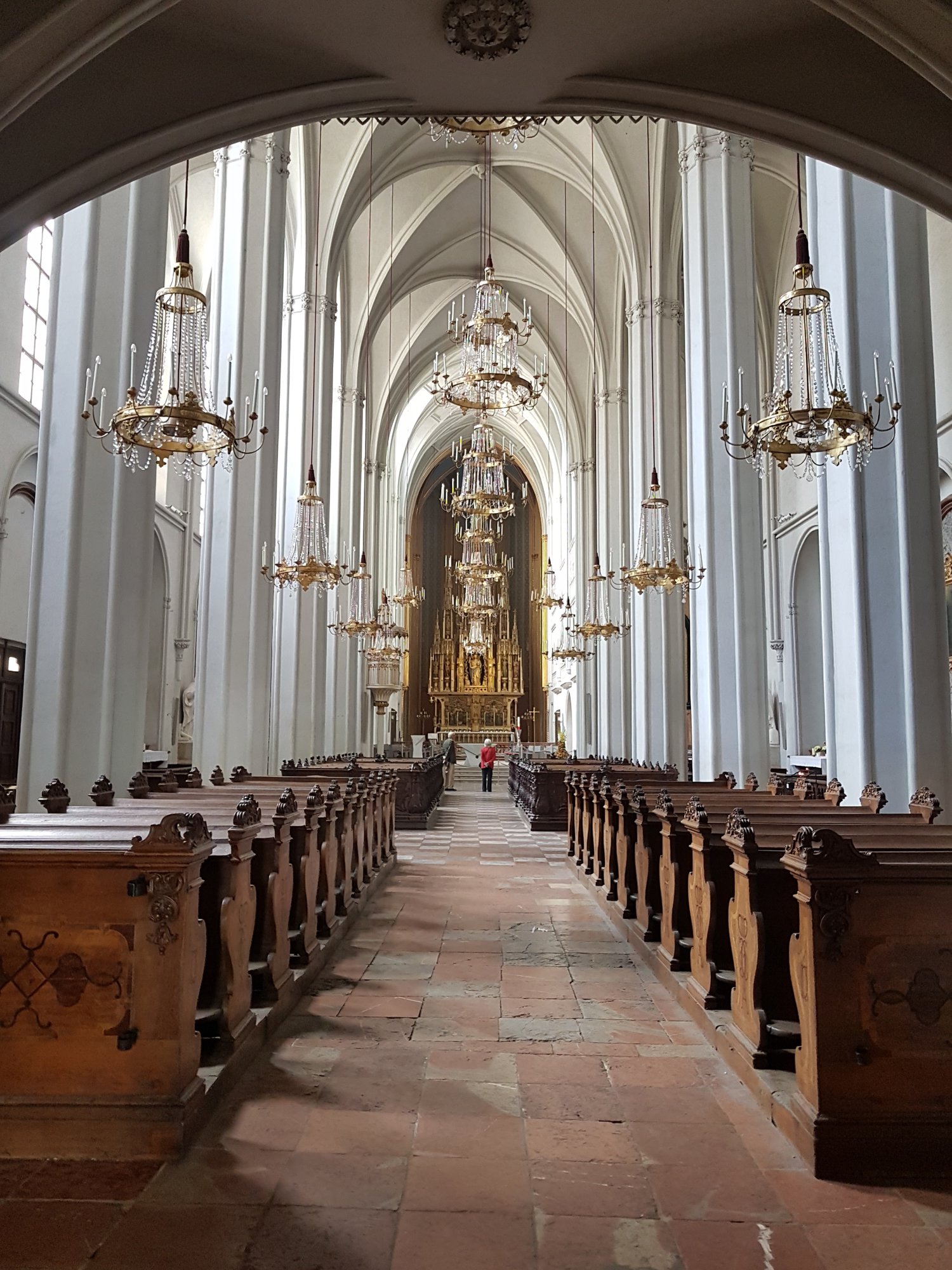 Where Maria Theresa Is Buried?

In the cellar of Kapuchin church on Neuer Markt there is the entrance to Kaisergruf (Royal Tomb). Here are laid the remains of 146 members of the Habsburg and Habsburg– Lorraine families all in beautiful, decorated coffins. It costs 7 euros to enter. You receive a plan of underground rooms complete with descriptions of whol ays wehre. The crypt was enhanced between the years 1657 and 1962 several times. Now it is made of several pass-through rooms. One Rococo-style room is central featuring a dome with frescoes. There, the largest sarcophagus is located belonging to Maria Theresa and her husban Emperor Francis Stephen. The sarcophagi around belong to their children.

There is only one person who was of not Habsburg origin – Countess Fuchs, the nanny and court lady who raised Maria Theresa since she was 11 years of age. Countess was her confidant and trusty friend till her death.

The last burial to the Royal Tomb took place in 2011. Otto von Habsburg died 98 years of age. He was the prince and the son of the last true emperor. One historical era thusly came to an end.