Among its parts belongs also before-mentioned Diwan, the only place you can enter on the fortress’ compounds. It is n elegant two-storey building with a small museum focused on Mughal paintings, coins, carpets, and calligraphy. You can find there also swords and firearms. The same buldings has an entrance leading to the spa. 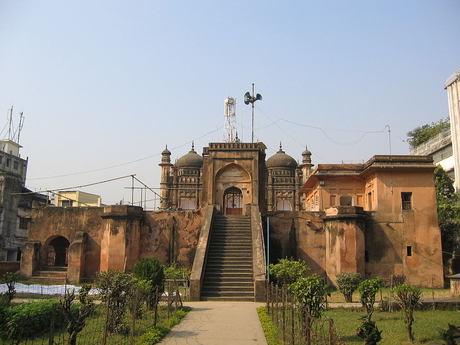 About half-a-kilometer off the fortress, you can find another famous sight in Bangladesh – Khan Mohammad Mirdha's Mosque. It was built beginning 18th century. Its architectonic style is similar to Lalbagh Fortress . The building is to be found on heightened grounds. Below, there are arched rooms that were used as dwellings. 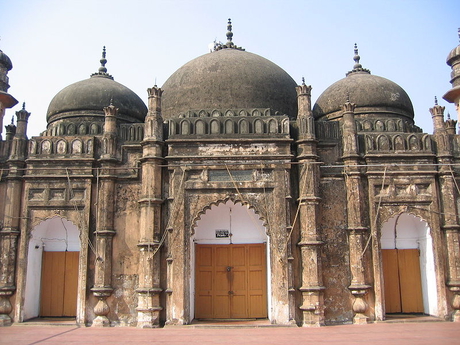 Speaking about sacral buildings, we have to mention the Armenian church. You probably think what the heck Armenians were doing in Dhaka? When the area of current Armenia became a Persian holding Armenians were sent to what is current Bangladesh due to political and economic reasons. They made trade there and locals truly valued them. The Armenians are Christians so they founded a small chapel and as the community had grown its capacity was not enough. At the end of the 18th century, the chapel was rebuilt to a church. 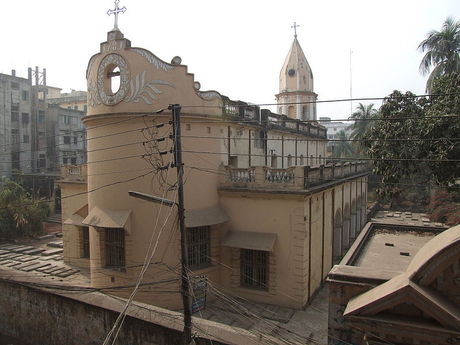 In 1837, a belfry was built and later also a clock tower. You wont see it today because an earthquake demolished it in the end of the 19th century.

No traveler should miss the Museum of Liberation War . The museum is located in a two stourey building with six galleries. You can see various documents, photos, newspaper articles, and other items related to the war. 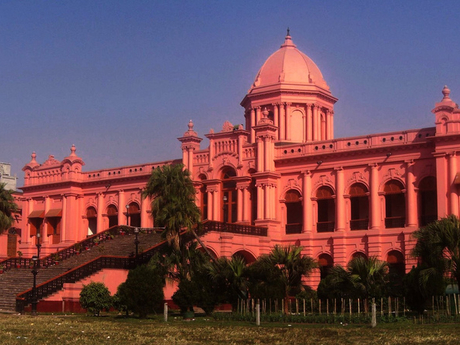 Another sight you simply have to see is the so called Pink Palace or Ahsan Manzil. It was built on the foundations of a French factory in 1872. The palace was built by one of the most influential citizens Abdul Ghani. About sixteen years upon construction was finished, Dhaka was struck with a tornado that damaged the palace. However, renovation works only helped it because it became only more monumental and pompous than before. After Ghani’s death, this beautiful palace started to decay. Only in the 1980s, massive works to save it have been underway. Since then, the palace has been a museum.

Published: 15.5.2015
Today, after quite a time we go beyond Indian borders. We head eastwards to Bangladesh.

Published: 16.8.2013
The Rickshaw Capital is a nickname for the metropolis of the country with the highest population density on the world. More in our article.