In this area, it is not unusual that there are canals. No other town apart from Brugge has such water canals and it is very popular to ride in a boat through the canals. This will give you another angle of view at the town. The canals even link Brugge with Ghent and other towns. 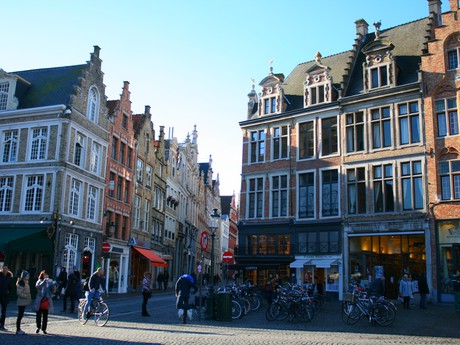 Brugges, like other towns, has an attractive historic center.  jako v každém městě, i Bruggy mají atraktivní centrum. But it is different - it is protected under UNESCO World Heritage program. Its square is quite large. A traditional styled town hall is going to catch your attention. Music performances take place regularly there. If you don't like riding water canals then try a horse carriage ride. The trail gets you through the entire historic center. 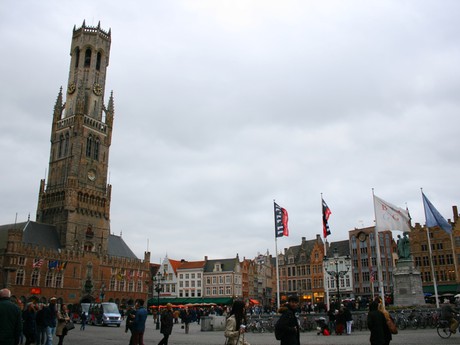 The main landmark in the town center is the belfry - one of the most important symbols of the town. Inside, there are seasonal exhibitions of local artists whom you can even meet there personally. You can get up to the very top of the belfry and enjoy the vista over the city. The town is built in the shape of a circle. Once it was surrounded by ramparts. These are not there anymore but several gates were preserved. Inside one of the gates, there is a museum where you can learn more on town's fortification. 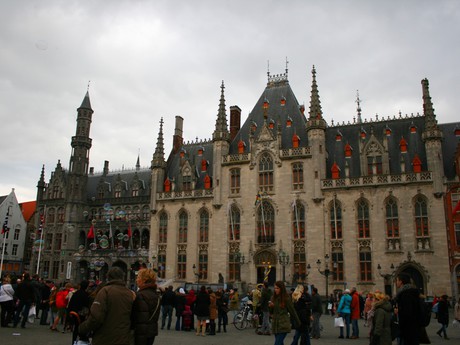 If you further go down the Vales you see old water towers and water mills. Yes, there are some even in the Flemish part of Belgium. They look different to those in Holland but they are beautiful nevertheless. 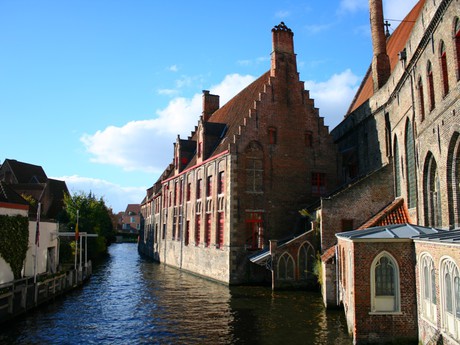 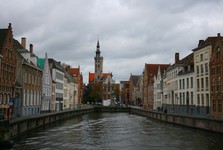 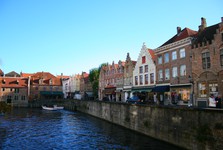 Where else if not in Brugge can you taste the true Belgian chocolate? There are true Belgian chocolate at every corner in this small town. In every and each of them there is so much chocolate you simply can't choose. Fortunately, their solution to this problem is very elegant. They offer you a package with twelve, twenty-four or thrity-two pieces and you can choose taste of each piece. If you are not familiar with chocolate tastes then don't worry. Nice shop assistants will help you with your choice. White, dark, milk, or with flavour? Or all at once? You won't make a mistake. If you prefer rather something different than sweet taste, for instance beer, you are at the right place as weel for Belgian beers are considered among the best in the world. There are not so many beer stores as there are chocolate stores. However, you usually find there all famous brand and beer of all types and styles - brown, dark, light, strong, pilsner. Flavours are present as well. There are also limited editions which are bit more expensive.

Brugge offer you beautiful, historic nook, and unforgettable, great tastes. Visit this town as soon as you can.