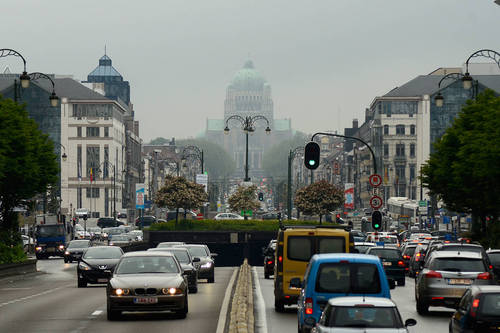 I have a whole night behind me. I spent it in a van with a confused Polish driver that brought me here, to Strasbourg, all the way from Strakonice. I rather traveled with him than to attend my own prom ball. The problem is that I stood at the other side of the freeway. And now some French guy took me to a place absolutely unsuitable for hitchhiking. 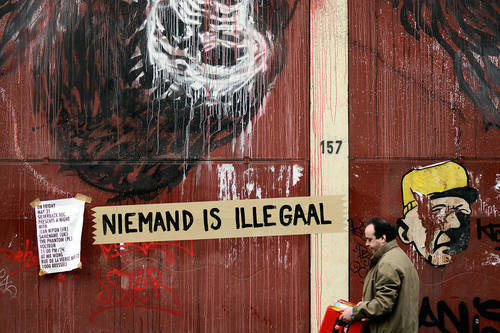 Two hours later of suffering, one of the locals stopped to take me to a gas pump right across the one I was hitchhiking before. Across the freeway there is a bridge… Well, I still have enough time, so I wait, patiently. Two hours later, a truck takes me right to the capital of Europe. The driver is not very communicative, so I let the truck cabin rhytm me into sleep. At five o´clock in the afternoon, I am left to my fate at the edge of Brussels. Fortunately, right next to the tram stop. An hour later I finally met my hostess Anna. She had been nine months volunteering in a children´s home. She has a vacation for the whole week so she could take care of me. Great. I did not even expect this. The Jazz Marathon was just being held in the city. But right at that moment the only energy I had left was for a shower and sleep. I can enjoy culture tomorrow. 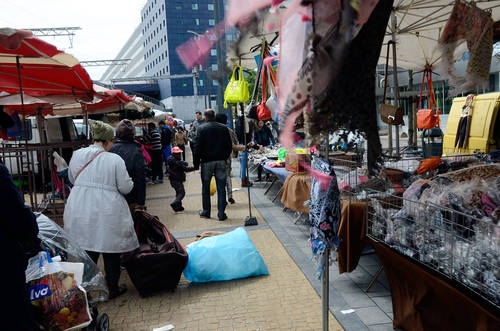 At half past ten (a couple of hours earlier than I expected), we set off to the city and visit the market Gare du Midi. The owner of stands, mostly Arabs, shout that they have the best prices and the best quality and they try to shout over the noise of people there. Well, I do not understand a word they are saying. But what else could they shout? With my first euros I bought bananas and half a kilo of sweet potatoes. I try to disappear as quickly as I can. It was not easy to get through a mob. Anna was still disappearing somewhere. After several minutes in the mob we got finally through. It is an ideal time for a cup of coffee. Thus the following three hours we spent in a coffee shop. 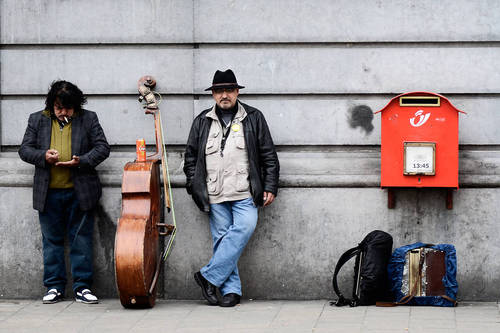 The last band at the main stage of the Jazz Marathon was playing. Free jazz, simply craziness. The drummer was obviously high, causally sitting on a office chair. Most of the audience did not understand what was going on and left. But I was simply in paradise. Yes, I admit that my taste for music is not very “normal”. When four dancers with their hardly understandable robotic moves joined, I was sitting with open mouth.