Published: 10.2.2008
If you decide to travel to remote destinations, for purpose of holiday relax or on business, your steps follow to the airport, for sure. The aircraft, waiting for you there, has its specificness, typical feature and its technical as well as construction limits, which would be interesting for the traveller. What is the aircraft Boeing 737 like?

Boeing 737 is an American aircraft from the production of biggest airplane manufacturer of the world, The Boeing Company. The aircraft is specialised for short and middle distances. CSA Company (Czech Airlines) use it for charter flights to Oslo, Larnaca, Warsaw, Zurich or Stockholm. Anyway, you meet mostly this airplane type operating on „holiday lines“ to sea resorts at Mediterranean and flow-cost lines. Project of Boeing B 737 aircraft

was created in 1964. More than 5000 sold machines (exactly 5439 pieces) prove a fact that this type is most successfull and most sold aircraft of all times. This biplane has its modifications, which could be divided into three basic groups, such as: Original (First Generation), Classic (Second Generation) and Next Genereation. They differ - from each other - especially with its transport capacity possibilities, time period of production and type of used motors. This airplane was created for the purpose of completing of type-line of four-motor Boeing 707 as well as three-motor Boeing 727, which are used especially in cargo-transport till now. In case of first versions of B 737, modifications 100 and 200, there were used  exclusively on short distances, having a capacity of 100 passangers. First model was proved on 9th April 1967, and its first client, German Lufthansa, introduced it on its lines on 10th February 1968.

However, there was carried on no machine from these series in Czech Republic, only Air Slovakia made several flights with 200 version for various forwarders. Version 300 of 1984 became the first big modernisation. At that time, on B 737, there were installed new two-streamed motors CFM-56, its body prolonged at the same time, and new avionic installed. This version was used with Fischer Air Company. Aircraft-body would take - in its 300 version - 148 passangers. Planes 737 arranged in such way flew into all holiday resorts (to sea - shores in Greece, Egypt, Spain, Tunisia, Turkey or Croatia, and to the ski-excursions into Alps-Mountains). The other version was 400, its body was longer, being used by CSA - in versions for 144 and/or 162 passengers (charter flights). Some planes of 400 version for transport of 168 passengers  there were used by Travel Service company.

These universal airplanes are used on all lines, in regular as well as in charter flights. It is popular among  pilots, for its quite easy ruling and indeceptivness, as well as for its legible behaviour in the air and its features in flight crisis situations. CSA and Smart Wing (low-cost company) prefer use of version 500 (it is rather shorter than 300 and 400 types, being very popular, too). This wide spectrum of models and universality of B 737 enabled to substitute old-fashioned models of Soviet types Tupolev-134 A, Tu-154 M and partially also Il-62. These planes did not fulfill traffic conditions of modern airports, especially in Europe. Lat modernisation is marked as NG and involves versions 600/700/800 and 900. This modification has re-constructed all wings, other, more aerodynamic and quicker profile, new under-carriage and quite different electro-installation, navigation and  devices equipment. The change undergone also

new CFM-56 motor model. Travel Service Company uses these airplanes in version 186Y all world rouund, including Atlantic flights or in lines to Africa. The machine flew even to remote airport of Bangkok.

At present, Czech Airlines use the types 737-400 and 737-500, both of 11 pieces.The probability that you can travel with this type, is quite high. The other airline companies use these airplanes as well. No wonder, that only very small percentage of air-disasters has a reason of collaps Boeing 737 technology. The machine costs USD 47 millions approx. At present, this airplane is used by following companies - (in brackets Nos. of operating aircrafts): Southwest Airlines (488), Continental Airlines (264), Ryanair (135), US Airways (96). 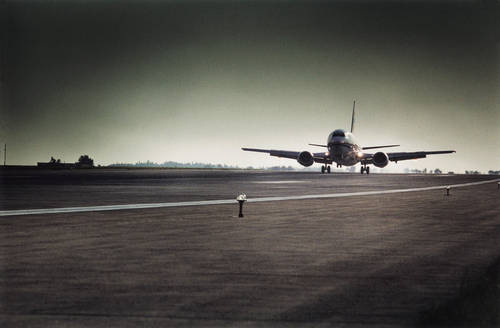 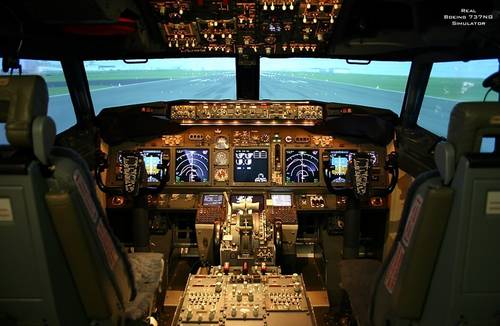 The Countryside Seen From Bird´s View

Published: 3.3.2011
Similarly, as it would not be compared the experience of car - or motocycle drive, any other sightseeing flight does bring you so powerful event and adventure as balloon flights.

Do You Know That? The Biggest Airliner Of The World

Published: 3.7.2011
The pretensions for modern plain transport are more and more stronger. The speed, preferred in past, was substituted by transfer capacity and better comfort. So, today, we have a look which types of present aircrafts are able to fullfill all required parametres, without any stipulation.