en.infoglobe.cz » Bosnia and Hercegovina – Hutovo Blato Nature Prk and the Town of Počitelj

This place is a popular point of start from which you can make biking trips into Hutovo Blato, amazing place to make a bike ride to. Next to the camp, there is a short nature trail with information panels providing detailed look at local flora and fauna. There are over 800 animal species. A motor boat ride through marshlands is the best attraction here. The boat can take up to 20 people. The ride lasts about 45 minutes and costs 30 euro. It is better to come here in a large group. It can be quite risky to rely that there would be other people who would join the boat ride. 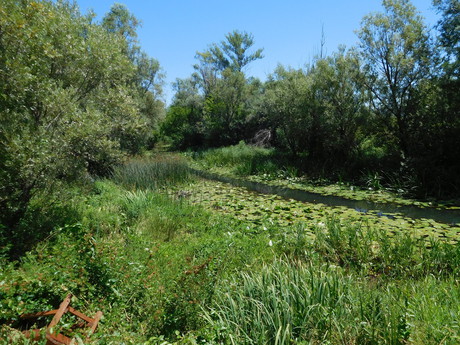 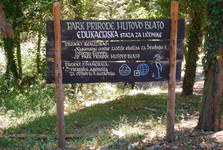 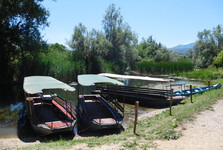 This is our problem here. We wait for a while for other tourists to appear. Unfortunately, everybody seems to prefer bike trips instead. Then a visitor center's employee comes and asks us if we are still hesitant because of ride's price. He then suggests a shorter and cheaper ride instead. We follow him and other guide into the marshlands. The ride takes an hour and half. It is more than enough. We spot many frogs and bird species during the ride. There were even cows on pasture on one occassion. We sail among amazing pond lillies and thick reed vegetation and then we reach wide river bed. Unfotunately, there is no ocmmentary during the ride even though the guide speaks English fluently. 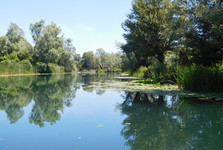 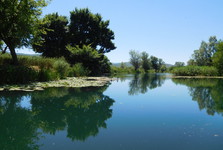 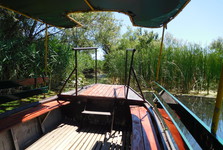 Hutovo Blato nature park was founded along the left bank of the River Neretva in 1995. The River Krupa which flows into the Neretva from the right created these marshlands. The 9-kilometer long and on average 5 meters deep Krupa drains water from Gornje Blata and Svitavska Lake. The Krupa is unique – its stream goes in both directions. This happens when there is too much water in the Neretva so it pushes the water from the Krupa in the opposite direction. There are over 7411 hectares of water surface, marshlands and land. The hills around reach as high as 430 meters above the seal level. With over 240 bird species, Hutovo Blato is mainly known as the foremost bird reservation in Europe. Apart from birds, you can observe many fish and amphibians. Moreover, you can do here other activities like bike trips, go fishing , ride a canoe, take a guided tour or make a photosafari trip. The entrance to the park is free of charge. 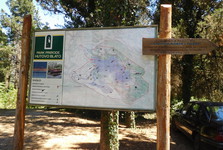 Upon our visit in the nature park we go back to Čapljina town. Then we follow the road 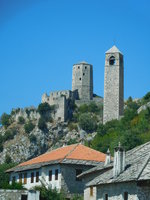 in the direction to Mostar. Right behind Čapljina, there is the final point of our today's journey – the historic town of Počitelj; it is listed as a world heritage site by UNESCO. The town is situated on the right riverbank of the Neretva about 30 kilometers south of Mostar. This makes of 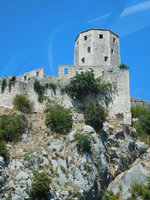 magnificent scenery.    The town was founded around the years
1382–1383. Bosnian King Tvrtko I constructed a fortress overseeing a strategi road along the Neretva. The first written evidence on town's existence comes from the year 1444. In 1471, the town was conquered by the Ottomans which would later significantly change its architecture. Historic buildings look beautiful among pomegranate trees which is why many tourists go here.

There are several sights to see. There are former Turkish spa or a 17th century Muslm school. Abode the school, there is Šišman Ibrahim Pasha Mosque (known also as Hadji-Alija). It was almost completely obliterated during the wartime in 1993. However, right after the war the mosque was renovated. The medieval fortress is abandoned today, however it is open to visitors and it still looks impressive. There is a clock tower situated before the fortress built at the turn of the 18th century.