Sarajevo is located in the Miljacka river valley. The river runs through mountainous landscape with the largest mountain Treskavica (2 088 m). City's buildings stretch along steep slopes. Narrow streets between the buildings are of streep elevation. Driving a car here is thrilling and we don't recommend it to beginner drivers or drivers who are not sure about their driving skills. Hairping turns can be driven through only with the lowest gear. Even the narrowest of streets are not one way which means it is very probably that you meet a car in the opposite direction, meaning you would need to reverse to make the other driver pass.

We leave our car on charged parking lot in the city center by the river. The price wary according to the time you leave your car there. However, it is not overpriced. It is quite difficult to find a spot somewhere else because Sarajevo is really packed. The Seher bridge built in the 16th century is situated close to the parking lot. We walked the bridge and spot local colorful town hall situated on the right riverbank. It is one of the most beautiful buildings you can see in Sarajevo and even the Czech architect Karel Parik took part in its construction. Influence of Muslim culture of Egypt and Spain. Half a kilometer off the town hall, Archduke Franz Ferdinand was assassinated in the year 1914. The town hall operated as a library until the year 1992. However, a fire which broke out after shelling caused some 600 000 books to burn down. The town hall was then renovated. On the other side of the river there is the House of Resistance and Alifakovac district which is well-known for its old cemetery. 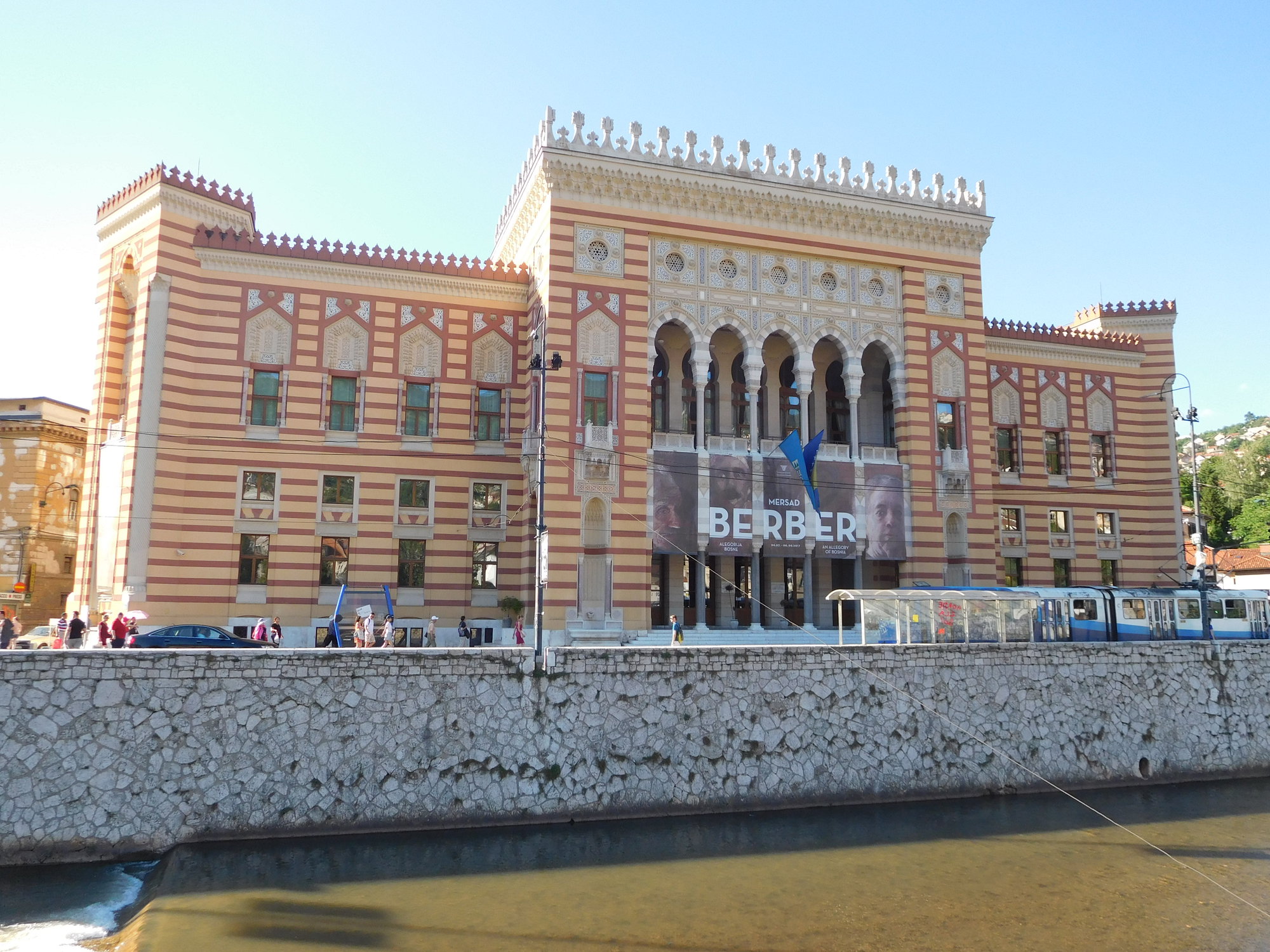 However, we go down Telali street to the main business district of the town –  Baščaršiji. This part of the city developed at the end of the 15th century already. However, it boomed in the 16th century. People here were engaged in 80 types of crafts  . Today, you may still see some of traditional workshops. Tourists may enjoy some of traditional meals, beverages or buy an oriental souvenir. Sebilj fountain built in 1753 is situated in  the center of Baščaršij. It was rebuilt in the style of a Istanbul fountain after it burned down in 1852. The water in the fountain is drinkable. Baščaršiji mosque is visible if you stand by the fountain. However, the mosque is not open to tourists. 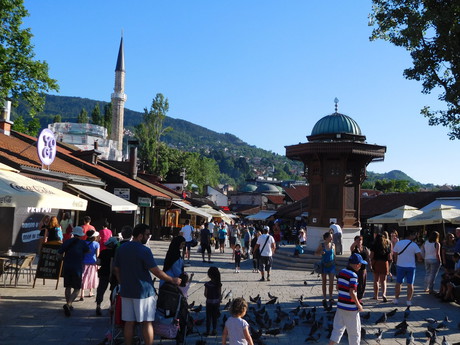 We pass by the Sarajevo Museum when walking down the streets of Baščaršiji. Then we reached the Ottoman trader's inn of Morića Han which was established in 1551. On inn's court is a café. Inside, there are oriental stores selling souvenirs. Then we move on to a 30-meter clock tower. It measures the time in traditional Ottoman style – from the sundown as Muslims pray five times a day. Gazi Husrev-beg mosque is adjacent to the clock tower. It is one of the most beautiful you can find around here. 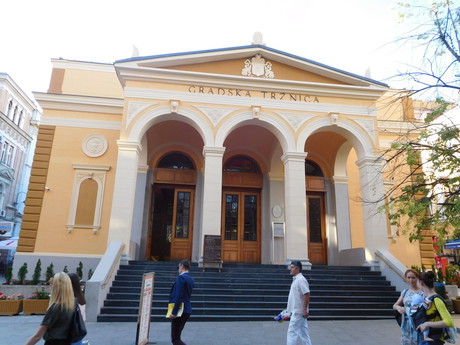 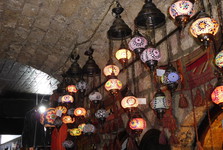 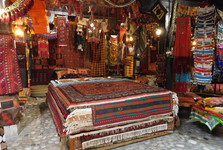 When we passed by a synagogue built in 1581 we got to the largest neo-Romanesque/neo-Renessaince sacral structure in the country - the Sacdre Heart Cathedral. Karel Parik took part on the construction (other Czech architects worked in Sarajevo as well – Karel Panek, Josef Pospisil, and Frantisek Blazek). Then we see the city market place and after we step on the street of Marshal Tito. There is the Eternal Fire (Vječna vatra) as the memorial of 1946 war victims. The fire has burned here since 1946. On our way we pass the so called Roses of Sarajevo. This is the place where shelling created a crater which was then filled with red concrete. Roses are here to remember civilians killed during the Bosnia war. The Royal mosque situated on the opposite riverbank is the oldest mosque in Sarajevo. We saw it while going back to the parking lot.

There is much more to visit in Sarajevo than we saw on our trip. However, the city chokes on smog and dust in hot summer days. This prevented us from making our trip longer. Should you have enough time on your hands and you would like to learn more about city's history, be sure to spend there two days at least.