en.infoglobe.cz » Bulgaria, Varna – At the Coast of the Black Sea

We start right at one of the most remarkable sights of this city - at the Cathedral of the Assumption of the Virgin Mary. It is the most famous church in Varna, which boasts onion dome. Construction began after the end of Ottoman domination in 1880 in honor of the Russian liberator, symbolizing the war of liberation. 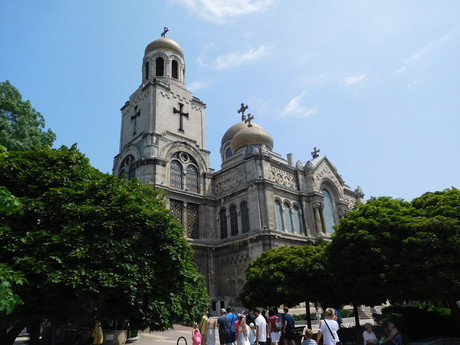 Passing under a busy road just before the cathedral, we get to the other side of the street where there are tourist information and toilets. We are connecting here to the main tourist zone. Pink cubes occasionally intersect the stone strip, which shows where the walls had crossed. We walk around Stoyan Bachvarov's Theater and the Varna Opera House. We get to Independence Square, where there is a remarkable fountain of the late 90's. After festivities, fountains can be watched along with music and lighting effects. 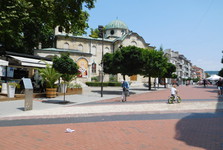 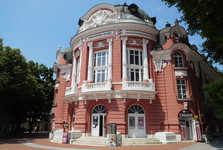 We continue around the puppet theater along the main street to the St Nicholas Church in 1866. It was built by the merchant Nikolaus, who came from Varna but lived in Odessa. One boat trip was in a great storm, it seemed to come to life, so the merchant prayed to St. Nicholas, the patron saint of all sailors. The storm subsided, the crew survived, and the merchant promised to build the church of St. Nicholas. He fulfilled his promise and built this church in the period of Turkish domination (the liberation was 1878). At this time, churches should not be built higher than the rider's height, so the churches are recessed in many places in Bulgaria. During this period, the Turkish domination has weakened, therefore this temple does not comply with the original Turkish regulations. 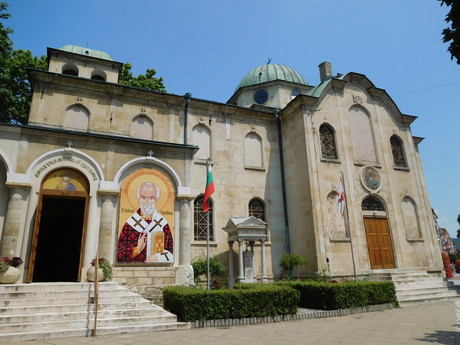 We continue to the Festival and Congress Center, which is a copy of the Cannes Festival Palace. Outside the historic center is a large park from 1862 - the Sea Garden. It is the largest landscaping park in the Balkans since it extends 8 km along the Black Sea coast. The garden architect Antonin Jan Novak took part in designing the basic look of the park. The park has an aquarium, a planetarium, an outdoor theater, a naval museum and a dolphinarium. 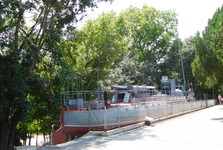 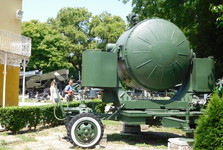 We walk through this large park to the BM-Zaliva Restaurant, which is located on the beach just before the harbor. You can taste the wonderful seafood at reasonable prices and the service is very nice. After lunch we have a visit to the dolphinarium, which owns four dolphins. The show takes about 40 minutes, and none of the kids definitely have to miss it. 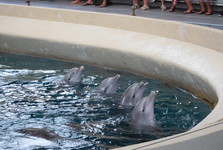 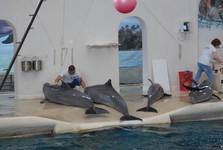 In the evening, you can enjoy Bulgarian wine and rakija and cheese in one of the pub's.