Published: 15.3.2010
Cabo-verde groups of islands got its independence in 1975. Their name is derived from most remote headland of African continent, named as Ilhas de Cabo Verde in Portuguese language (The Islands of Green Cap). 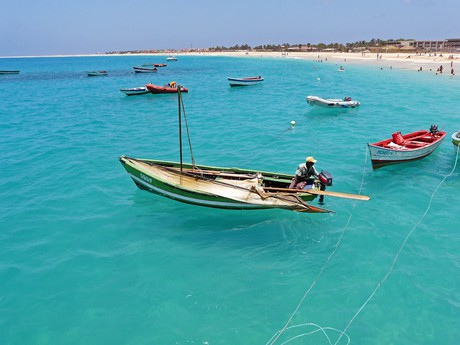 Ten islands and five small islands involve approx. 4033 square kilometres together. They are to be found in south part of north Atlantic Ocean, in west direction, approx. 510 kms distant from African coast. Three in east direction placed islands (Sal, Maio and Boavista) are flat. Nevertheless, they do not renounce its volcanic origin, as the altitudes on its peaks (around 400 m) give evidence that this „flatness“ is not perfect, at all. Anyway, some other characteristics has Fogo Island (the peak has the same name, 2829 m) or very amazing and dismembered Santo Antao Island. East Cabo-verde present an area of older extinct volcanos, whereas west Cabo-verde are younger from geological point of view, and even, in one case, active as volcano - Fogo volcano in this island. 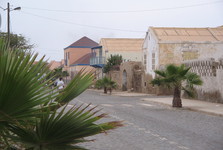 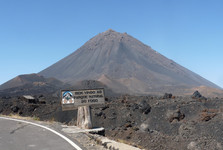 The greatest island (991square kilometres) and most populated one is those of Santiago. (capital Praia). The highest peak names Pico de Anonia (1392 m). Santiago has more than a half of cultivated soil of Cabo-verde Islands. Fogo is typical volcanic island, formed with one conical gigantic volcano, arising to the height of 2829 metres above sea level. The word „Fogo“ means a „fire“ in Portuguese language. Under favourable weather conditions, you can follow the whole Caboverde group of island. From nature point of view, the island Santo Antao (779 square kilometres) seems to be the most picturesque island, with dominating Tope Coroa Mountain (1979 m). Another nice peak higher than 1000 metres, could be found in Sao Nocalu Island (343 square kilometres), concretely Monte Gordo Mountain (1304 m). 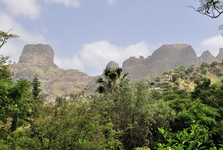 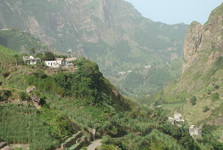 The climate of Cabo-verde Islands is subtropical and tropical. The coldest month of February has in average 22° C, whereas the warmest months are September and October have 27° C. The monsoons which appear at the end of summer, or at the beginning of autumn, (in general, the islands suffer from chronical dry weather, which increased during past years). bring the humidity to the islands. Lack of water flows is characteristic for Cabo-verde Islands. Nevertheless, many river beds give evidence that a lot of water flew throughout. Even vegetace decrease is connected with this fact - great decrease of precipitations is not guilty, rooting up played its role in this case, which caused that soil stratta was taken away. More than 600 sorts of plants were discovered and described in the island, from total plants´ number, approx. one hundred of plants are the endemits. You can find here so called „dragon trees“, baobabs, palms or pine trees. As far as continental animals as concerned, Cabo-verde Islands are quite poor in this respect. From mammals, only imported sorts are living here, such as the donkeys, cats, goats or rabbits. as far as the reptils are concerned, you can discover lizards or gekons, whereas the snakes are missing totally. The birds are more variegated, including 38 sorts of endemic birds. 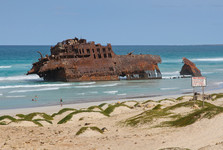 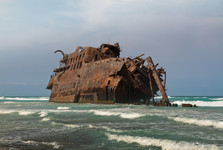 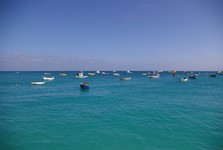 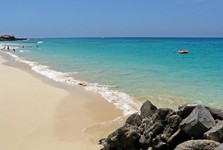