This place is Cádiz, the «little silver cup» («la tacita de plata») as they call it and the author of this article, Spanish of origin, promise you that you will not be deceived if you decide to take the luggage and depart to Spain to visit this magical city.

The first two things that will attract your attention in Cadiz are its weather and its long, long and beautiful fine-sand beaches. It is in this place where you can take baths while you eat pescaítos later for lunch, all together in the same beach.

There are three beaches in Cádiz that enjoy the magnet that represent to be the holder of the «blue flag» award, title given to those places in the seaside characterized by their cleanness and practicable conditions for bathing activities. It is in the Cortadura, La Caleta and La Victoria beaches where the visitor will have the opportunity of experiencing some of the most beautiful fusion of colours in sunsets worthy of the best impressionist paintings. 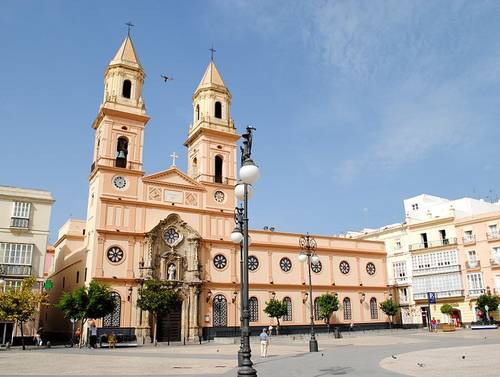 Another richness of this city is its people, generally outgoing and friendly and always eager to spend a good time with their friends due to the excellent climatic conditions of this city. Cadiz is too, by the way, the place in which the first Spanish Constitution was signed (1812).

If you are to join a Spanish course in Spain Cádiz will be without doubt a place where you will enjoy true good moments but you must be prevented that in Andalucía in general, and especially in Cádiz, people have a characteristic Andalucian accent not much easy to understand even for a native Spanish. 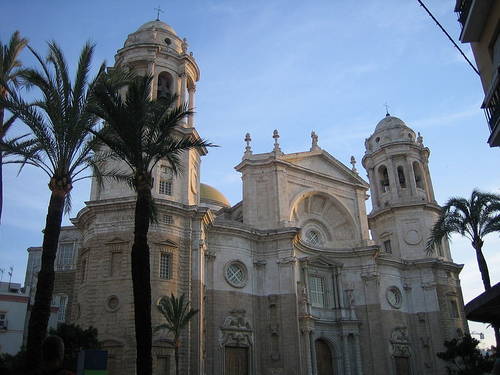 If we join the beaches together with the benefactress of its weather we have the perfect mix. At the time the author was writing this article Cádiz is enjoying 8ºC in the first days of Februar.

Cádiz has long sunlight hours that help to make the most of your visit: you will not be obliged to go back to your accommodation early. On the other hand, not so lengthy in the year but definitely equal or even more interesting are the Carnivals in Cádiz. 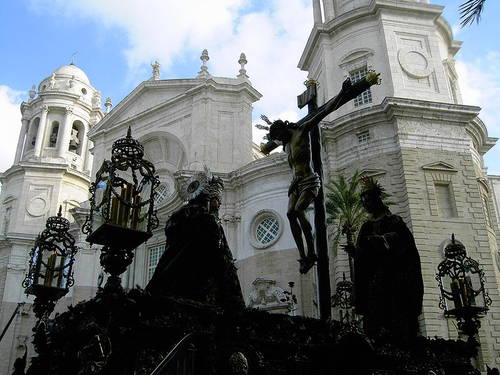 The Carnivals usually start in the second week of February and the streets take a tumultuous appeal in which most of the people eat, drink and sing. The Chirigotas entertain and amuse the assistance but, do not believe that are necessarily a very formal parties because, in fact, they are just the opposite.

This tacita de plata is without frighten of being wrong an experience in itself. To its people and its weather, good food and good beaches join together in a city that as its roofs, will make your eyes sparkle.