The Kingdom of Cambodia is a neighbor to Thailand, Laos and Vietnam. The latter being the destination we were coming from. Everybody told us it would be real piece of cake. We just step off the bus, took another which would take us to the border. Then we just cross the border on foot and hop onto another bus on the other side and ride to Cambodian capital Phnompenh. 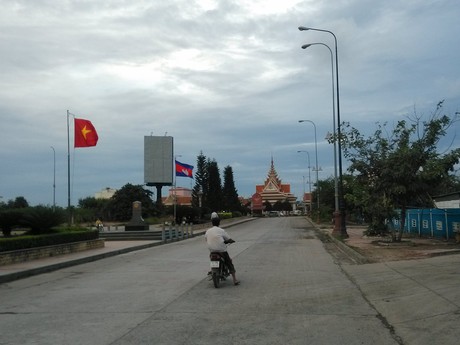 After a while of going around we were still in Vietnam. However, eventually we discovered the right bus and got at the borderline. There is one fascinating thing about Asia. You can wait for hours and still have a lot to see. Eventually, you don’t mind buses not respecting time schedule (if you even can find such a thing). It took us a while to get to know what’s going on. podaří najít). A tak jsme se chvíli rozkoukávali, než jsme prozkoumali, co a jak. We reached Mộc Bài, a Vietnamese borderline city, in the evening. Once we went through all procedures and paid for the Cambodian visa we got to Bavet (on the Cambodian soil). 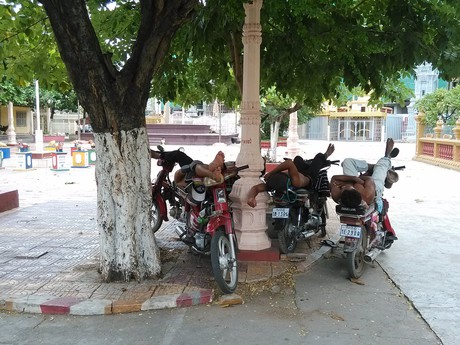 Allegedly, Bavet is not interesting at all, or rather just for casinos luring in gamblers from all over Vietnam. Its location at the border is what brings it most money. No wonder we couldn’t find a bus to Phnompenh. We didn’t realize the last had left just couple of minutes before we reached the bus stop (it didn’t follow the schedule). Another one would leave in the morning as one Vietnamese woman told us. She gave us delicious baguettes while we were sitting tired with our backpacks at the road and watching at which bus we should wave.

Fortune was on our side. We found accommodation real cheap and on the following day we stood out in front of a hotel because it was from there where our bus was supposed to stop. Couple of hours later we entered the capital. 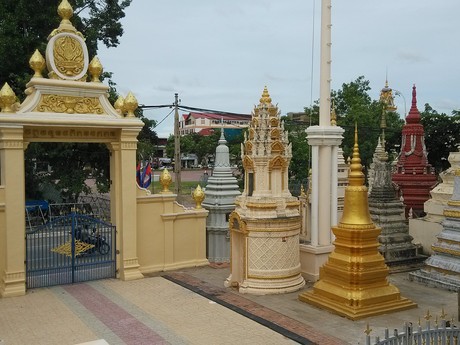 Phnompenh was surprising. It was not for the heath yet for the city itself. We were not used to architecture, local food and that we don’t understand people on the street. As we took our camera out we began to shoot photos like crazy and the first object was a temple with golden roof. We also took photos of stupa – monks’ burial grounds. 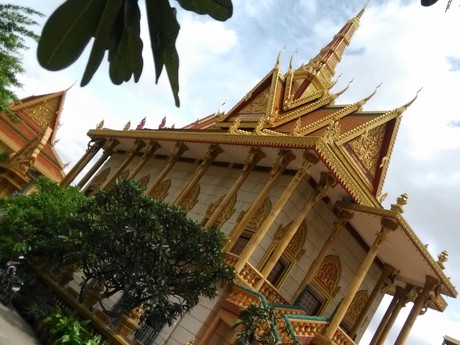 Our hostel’s location was bit remote yet a wonderful mosque was adjacent to it. However, the houselord didn’t give us even sheets for missing blanket. On the other hand, he gave us advice where to go.

So we ate fried noodles with pineapple, got rested and set off early in the morning toward the royal palace..