The Pearl of Asia was a nickname of today capital of Cambodia. The city was established in 1372 on a basis of a miracle in the river. Lady Phnom saw a tree floating the river and when she pulled it out of water she saw there four statues of Buddha and one statue of Vishnu. Lady Phnom built a temple, which happened to be the center of future capital. The statute of capital city Phnom Penh received in the first half of the 15th century, after the former capital, Angkor Thom, was captured and plundered by Siam army. Phnom kept its status until the year of 1505 when it was abandoned due to internal conflicts for more than 300 years. Not until the second half of the 19th century the city finally became a permanent residence of the government and the capital of Cambodia.

French who ruled in Indochina left traces of their influence there in form of administrative buildings, hotels and during their rule the nickname “the Pearl of Asia” emerged. This name reflected the modernity of the city – there were constructed railroads and the city itself experienced fast economic growth. 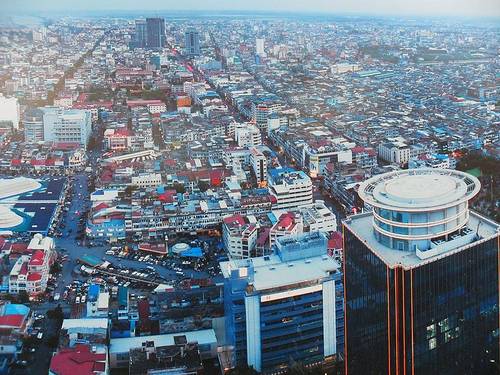 An infamous period in the history of the city was during the rule of the Red Khmers (1975 - 1979). This period of time had a great impact not only on the capital but on Cambodia as a whole as well. It is estimated the Pol Pot’s rule caused death to ca. 2-3 million people and the metropolis itself was forcefully evacuated. After the Red Khmer expulsion by the Vietnamese army people started to return to Phnom Penh.

Today, around 2 million people live in the city which covers the area of 680 square kilometers, roughly one third more than Prague. Phnom Penh has a large share on national economy since foreign investments are directed there. The tourist industry, in particular, is very important part of national economy, it creates around one fifth of the Cambodian GDP. There are being built many constructions that proves this right, such as bars, restaurants, hotels etc. 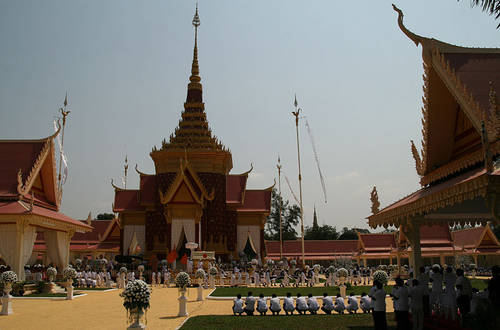 Among important tourist destinations is the Royal Palace built in the second half of the 19th century. Up to this day there are held coronations as well as royal weddings (Cambodia is a constitutional monarchy). By the hall there is a statue of King Sisowath Monivong, which holds a sword. A part of the complex is also the Silver Pagoda inside of which there are many treasures such gold or statues of Buddha covered with jewelry. One of the most precious statues is Maitreya, almost a life-size statue that has 9 600 diamonds on it. 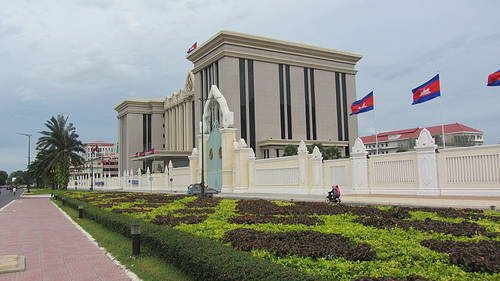 Right next to the Royal Palace there is the National Museum. There are held often exhibitions such as the Gods of Angkor, Cambodian Royal Dancers etc. Except for that the museum preserves one of the largest collection of the Khmer art and in its depositories that have their origin as far as in the Bronze Age. 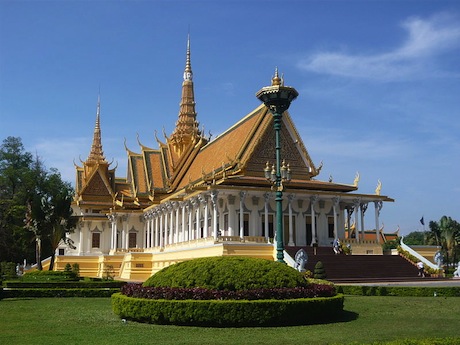 Very popular destionation is also the Wat Phnom temple, an original temple around which the city was built. Since its foundation in 1373 it had been rebuilt several times. An altar makes its center with a large Buddha’s statue surrounded by several other figures, candles and flowers. The walls are covered with murals representing life of Buddha prior to his enlightment.