Accommodation at bungalows was very cheap. Bit strange owner even rented us a bike and helmets at favorable price. We lived near a beach. But this one was frequented by foreign tourists and, therefore, crowded. Therefore, we set off to ride to another beach that was far yet much more beautiful. 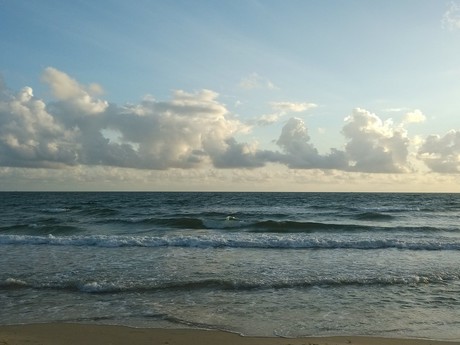 Soon we grew tired of laying about on the beach. Instead, we made a trip to the Ream national park situated 18 kilometers from the city. The park was founded in 1993. It didn't seem to be frequented by tourists. We enjoyed the vistas of Cambodian landscape. At some occassions we were affraid of angry rural dogs. A herd of white cows blocked the way from time to time. And they usually refused to move. 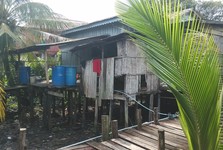 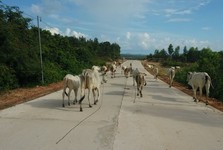 At first, it appeared we were alone in the park. Eventually we found one of the guards. He seemed nice. He offered to us two tours - on foot and by boat. But then there was some chaos. At first, it seemed he was free. But then he wasn't. Then there was another thing which didn't work and so on. Eventually, we decided for a boat. We hopped on the bike and drived down couple kilometers and transfered to a boat. 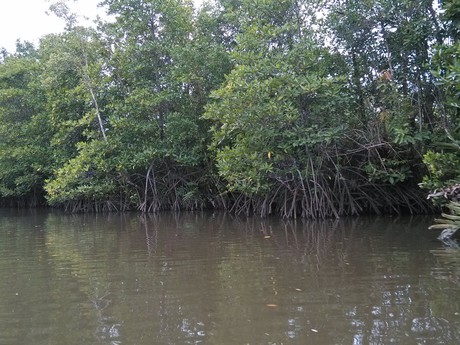 Mangroves were the main amusement to us. Our guide told us of dolphines for you can see them tehere sometimes. He mentioned some other phenomenna linked to the fact that fresh water flows into the sea in the park.

What annoyed us was when our guide started to telling us how undervalued his work is and that we would need to pay to see the mangroves - and we had paid nice sum of money already. Eventually, we reached a compromise and told him that he would hardly lure in more tourists with his tactics. Still, it was beautiful to sail by huge roots that looked like from some another world. This made us forget the argument with our guide. 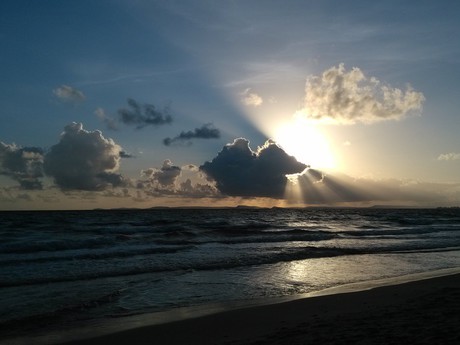 As the departure from Cambodia was getting closer so did our departure from Asia. We would spend couple of days in Vietnam and then finally get back home. There was some time left to enjoy the beach covered by white sand and palm trees. So we left warm sea and lied down into shade. We talked about all those bautiful places we had visited in Cambodia and also about those we intended to see at some point in the future.