Early in the morning we took a bus in Puerto de la Cruz and reached the bottom station of the cable car under the volcano. The cable car took us to a height of 3 555 meters, to the top station called La Rambleta. From here we set out for a view of the volcanic crater Pico Viejo, then we returned along the same way to the station and continued our journey to La Fortaleza. We walked around lava statues in dark gray-brown shades. As if someone waved a wand and stopped the time when the volcano erupted centuries ago. 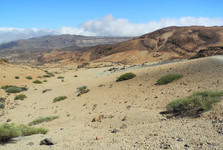 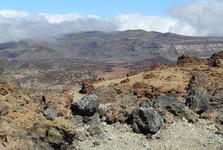 Then we started to descend and the ocean view opened in front of us. Soon we saw the roof of the Refugio Altavista mountain cabin, in which we planned to stay over night. This place has a unique atmosphere and is located in the heart of the National Park (at 3260 meters above sea level). You can watch the huge crater of the ancient volcano and the shadow of the volcano Pico del Teide disappearing into the ocean at sunset. Staying in a cottage has its own rules: you can stay here for a maximum of one night and leave at 7.30 am. At the same time, the sleeping room opens at 19.00, but the kitchen is open from 17.00 so you can take your food with you to warm up and cook your tea. At five in the morning we put on our headlamps and headed for the summit. 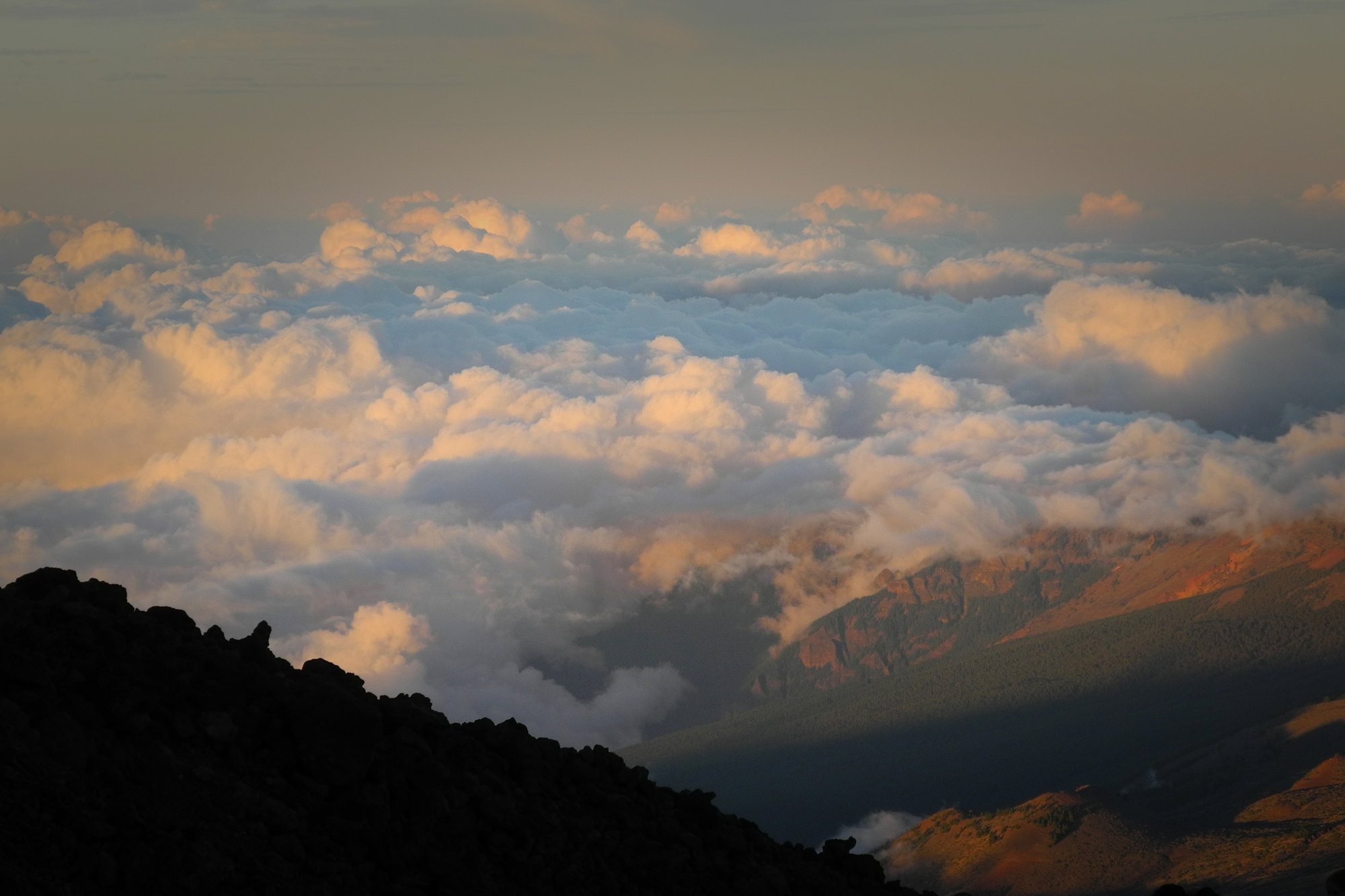 At the top, we could feel the sulfur and the hot steam rising from the crater. In a short while, the first rays were visible, and the rising sun began to color the landscape gradually. Perhaps an even more fascinating view was from the opposite side of the crater, as the shadow of a volcano appeared on the ocean - supposedly the world's most extensive shadow of over 200 km in length. At the summit we were not allowed to stay long, because the condition for entry without permission is that one must return to the goal at the top station of the cable car by 9 am at the latest. 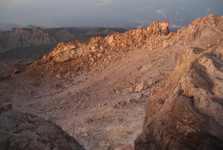 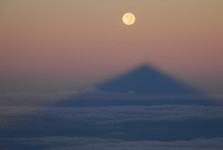 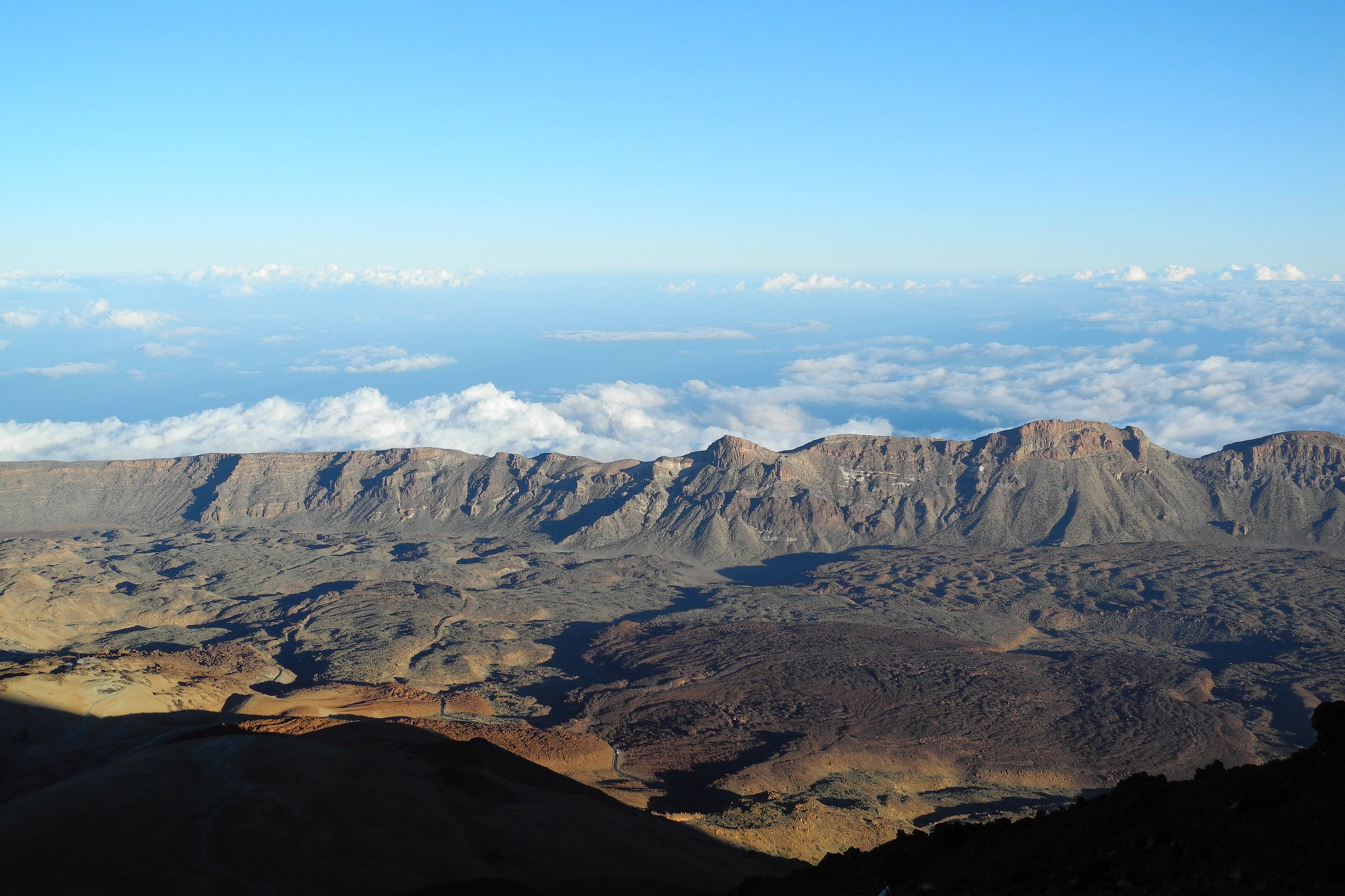 You can either go back by cable car or go down the Refugio Altavista and Montaña Blanca crossroads to the bus stop. In the latter case, be sure to bring with you really plenty of fluids. You can buy them at the cottage vending machine, so carry some coins with you. I also recommend sunscreen and a headgear for roasting sun. The way down is steep and we seemed almost endless. The legs slid down the volcanic dust in which we found pieces of black volcanic glass - obsidian. Along the way there is an almost invisible turning to the Cueva del Hielo ice cave. Around Montaña Blanca, there lies the so-called Teid's Eggs, which are huge, up to five meters thick, solidified lava that originated from a volcano erupting from a flowing lava (similar to snowballs) or ejected directly from inside the volcano. There was hardly any shadow on our rid back, only sunlight, the enchanting nature, and the extinct lava. 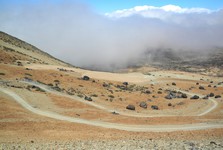 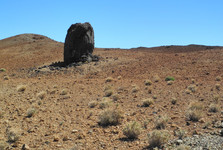