en.infoglobe.cz » Canary Islands, Tenerife –The Masca Canyon and the Journey into the Prehistory

The best way to get to the canyon is by taking the first bus to the mountain town of Santiago del Teide. At the local info center you can either buy a bus ticket going directly to Masca or arrange a taxi. While waiting, it is definitely worth seeing the town. It has a beautiful little church, buildings with typical stones in the wall, and even the Museum of Tenerife Volcanoes. Just Santiago del Teide, which is about 1000 m above the sea level, escaped the last volcanic eruption, when a red-hot lava stopped just before its gates. The locals have considered it a miracle ever since. 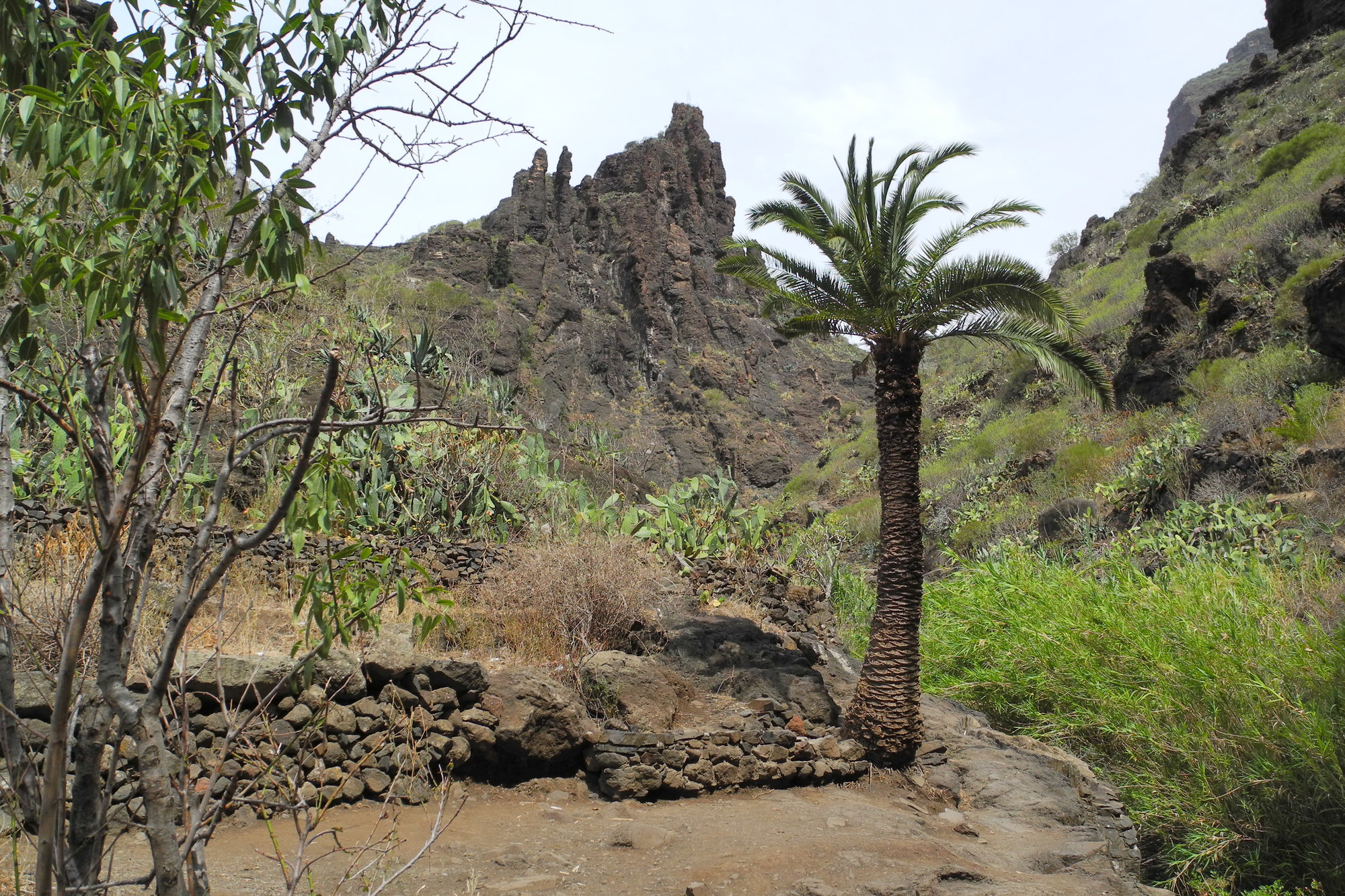 The bus will take you from the town on a very steep and winding road to Masca settlement, where the only way down. Descent through the canyon is quite challenging and descends to the sea from an altitude of 650 meters. Be sure to keep a close eye on the weather on the day of the trip, and if it is expected to rain, let the trip go for another time. In the canyon you can not hide from the rain and when the rain is raining, the path can change unpleasantly into wild stream. On the other hand, when the sun is shining, don't forget to wear a headgear and plenty of fluids at home. Descent takes about three hours, but also for four hours. The surrounding nature will not let you go unnoticed, it creates magical scenery of ancient prehistoric times and taking pictures of such a beautiful place will take some time. 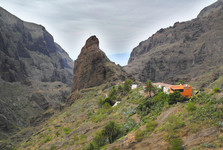 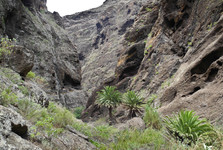 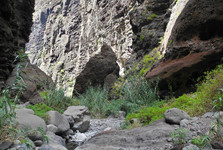 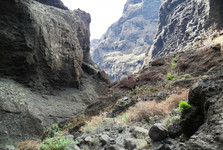 The canyon ends at Playa de Masca, one of the most beautiful beaches in Tenerife. The sea boasts turquoise shades and is crystal clear. However, part of the beach is not allowed to enter in windy weather because rocks are falling from the surrounding rocks. You can only get out of the bay in two ways: either go the same way up, which can be quite exhausting, or take a boat to the tourist town of Los Gigantes. During the voyage you will see a gigantic rock formation called Acantilados de Los Gigantes, whose cliffs rise from the sea level to a height of 500–850 meters and are one of the most important tourist attractions on the island. And if you're lucky, you can even see dolphins and turtles in the ocean in close proximity. 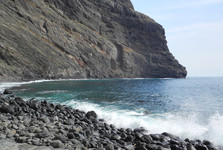 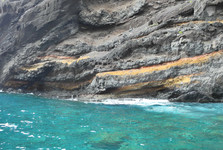