Stores selling dried jellyfish, heads of hammerheads, types of medical mushrooms and herbs beyond count? Dinning rooms displaying whole roasted duck hanging upside down? Buddhist temples with their interiors veiled in joss stick smoke? All of this actually is in Hong Kong. And this is what I love about the city. 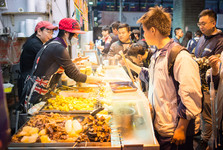 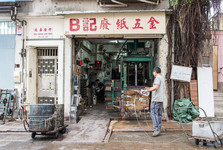 Many people keep little shrine in front of their home, they give you warm water to food (the same goes for the rest of mainland China). In Mong Kok district especially you can walk in vast marketplace where fresh fish are sold as well as sea fruits. Incomprehensible squiggles are all around you. Sometimes one can easily forget that he is in east Asia. Hong Kong gladly reminds you of your actual location. 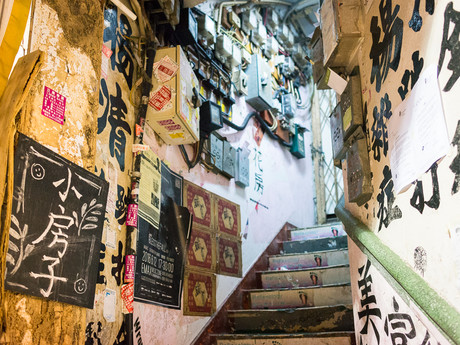 Being in Mong Kok district means be surrounded by amazing Asian streetfood, and typical "shopping streets". On every street different type of goods is being sold. So it can easily happen that there are twenty stores selling pots, and pans one lined next to another; next line could be stores selling spare lights to cars, twenty stores selling pets... Well, I couldn't get a grasp of the principle behind this strange aligment. But it seems to work. 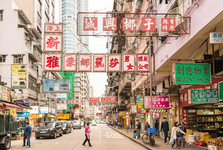 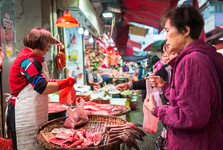 If you find out the city boring, you can still see the jungle. Yes. Large share of Hong Kong's area consists of beatufiul jungle, a great destination for a trip. Some islands across which Hong Kong is scattered, are the perfect places where to make a day-long trip. Moreover, you can even reach several original fishing villages. 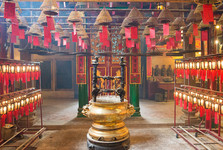 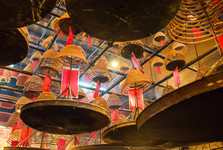 A visit to Hong Kong is an intense and diverse experience as I wrote in the first part Be sure to have enough time to thoroughly explore it. I was styed there a whole week. Still I didn't manage to see the nearby Macau, or the cities of the Pearl River Delta which you can visit for a couple of days and don't need a visa. Hopefully I manage to come back there at some point in the future.

WORLD: Travelling in the Shadow of Coronavirus

Published: 18.3.2020
Today, we bring you a little unusual travel article, focusing on COVID-19 causing sadness, fear and panic in over 150 countries or autonomous regions of the world.

Published: 9.11.2013
K625 train from Chengdu to Chongqing was relatively ... interesting means of transport. But since it was turned on only every other light, and because we were tired to death, we just passed the seat (unusually empty, endured a few most determined). Nerozhlíželi we left nor right, because ignorance is sometimes the key to success, and we slept fitfully.

Published: 8.3.2014
While browsing in the diary, I found this note: "Qufu, arrival around 00:00." I remember that moment too well. It was quite cold, pitch black, and right at the exit of the station greedy taxi drivers came to us. Matter of principle had to be rejected. Then, however, had no choice but to hope that they were wrong and that you can get accommodation in and around the station ...

Published: 16.11.2013
We just reinforced our opinion that it is difficult to find how you can get where you need to go. The IN thing right now is the mien-c' face concept. We have something similar in the Czech Republic as well. Long story short – you don’t want to loose your face in front of others.

Western culture has strong position in Hong Kong.  If you are attentive, you notice some Asian fe...

Hong Kongu is amazing place to many. It is strong, intense and sometimes wierd experience... It s...