It had been a while since me and B saw it for the last time, again in winter (during the Spring Festival – Chinese New YEar). It was deserted. Everybody was at home with his family. Only we walked through Beijing in winter coat, taking on everything we could for it was 15 degrees below zero outside. It was unforgettable experience to see the legendary Gugong, a palace complex we had learned so much about. 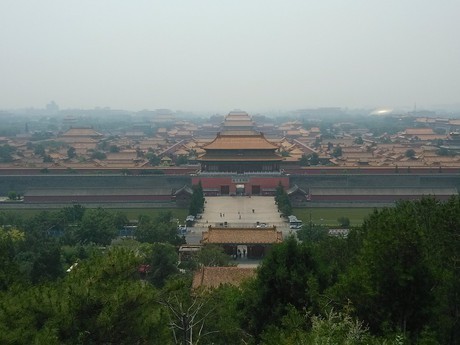 It was summer then. 40 degrees outside were good enough to boil eggs. Still we dragged T and P yet to another tour of Beijing. Gugong has been located right in the center since the 15th century. The structures you can see today were built in the 18th century. The adjective “forbidden” was given to it because only persons belonging to the royal family or were directly working for the emperor were allowed in. And because the emperor lived in Beijing, it was forbidden to raise buildings taller than the palaces in the Forbidden City. Today this measure is no longer biding. There are many skyscrapers and tall buildings in the city yet Gugong still maintains its charm. Even when it is 40 degrees outside. 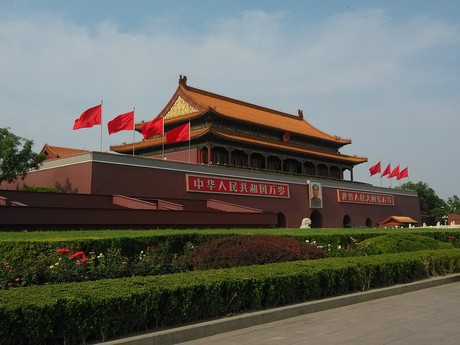 Had we desire to see more of precious collections once stored there, we would have to travel to Taiwan 台湾. Chiang Kai-shek took them there after being defeated in the civil war by the communists. Gugong lost some of its former glamor- some colelctions were stolen, so it has been empty for a long time. The last dweller there was the last emperor Puyi溥 of Aisin Gioro, the ruling Manju dynasty. Try to watch the Last Emperor by director Bertolucci first. It is a story of hard fate of this last ruler who lost his title when he was merely eight years old. Once you were walking through vast courtyards and peak into all chamber, then you perhaps imagine this little boy, who was in fact a prisoner in the Forbidden city. 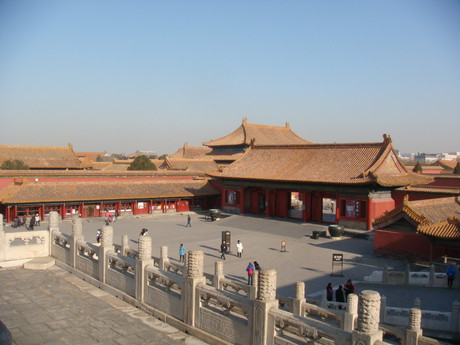 Endless strain of tourists streams in there. Therefore, it is slightly complicated if you intend to enjoy the atmosphere of once sacred place. Moreover, there is direct proportion between the number of visitrs and admission fee which in the present is around 60 yuans. In winter 40 yuans. Still, Gugung (Forbidden City) remains the most important sight in Chinese capital. It goes without saying that it is a must. Even though there is smog and is really hot outside..

China – What Is Good to Know

Published: 13.2.2016
I was much more smarter on my second turn in China. And before my first stay in China I had heard many advice by my class mates. “Try not to use handkerchiefs often.” “Don’t stick your chopsticks into the food”.

China: Just Talking – Yes, I Know How to Use Chopsticks

Published: 6.2.2016
When me and B were thinking at the airport about all prejudices our Czech friends have, we realized even our Chinese friends’ idea about our culture is not much accurate.

China: Just Talking – No, They Are Not All the Same

Published: 30.1.2016
The day had finally come. The day of T’s and P’s departure. The girls were preparing for the departure. Me and B had still some time before we left China. The best moments of our one year stay in China were running in our minds and we also give a thought on T and P. They would surely face many questions regarding China.

Published: 22.11.2014
It is true that I base my articles on my experiences and remarks of my friends, yet I have this feeling that everyone gets to the point when he needs to leave the big noisy city for fresh air in the countryside.

China: Studies – Niujie: There Are Mosques Even in Beijing

Published: 1.11.2014
I have written about one of Chinese minorities, the people of Hui (回族) in one of my previous articles. I praised their cuisine and their kindness and knowledge about the place of my origin.

Published: 9.5.2015
Even though we tried, we didn’t manage to get nice weather. Smog, that impervious pot lid, held tiring heat above Beijing. But we were determined to prevail.