Pablo Escobar ruled the place until 1993. Then he was shot dead. It is not so long ago so locals still tell stories how afraid they were to go out after 10 pm because they would be killed or they tell about other horrors happening around. Still, there are many locals who love Escobar because he was so generous to the poor. Some kind of "Robin Hood". Nowadays, tourist industry is getting steam. Locals are very friendly. The city is situated in a valley surrounded by green mountains. Pleasent spring climate lasts all year long. 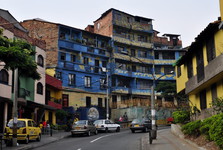 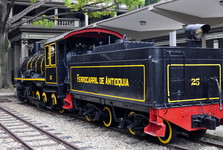 We travel to Medellin by taking a plane from Panama. Adriana is waiting for us at the airport. She is a student and at her place we stay and she also is our guide in the city. We spare three days to explore Medellin and to enjoy its atmosphere. It is quite a contrast to Central America. Medellin is cheaper and we love brick buildings such as churches or residential buidlings. For instance, Edificio Carré in Parque de Las Luces (La Plaza de Cisneros) is a unique square of 300 light columns. 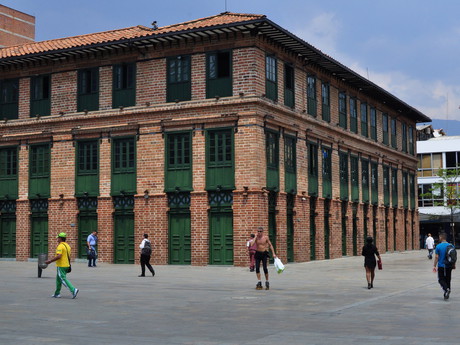 Main governmental buildings and courts are situated in Centro Administrativo La Alpujarr. There w take a look at the main sculpture which is  Monumento a Guillermo Gaviria y Gilberto Echeverri. Moreover, there is the remains of the railroad. There is also Edificio Estación Ferrocarril de Antioquía. We walk onto Plaza de San Antonio. There you can see several statues by Botera or Iglesia de San Antonio. Other works by Fernando Botero are situated on Plaza Botero - altogether 23 bronze sculptures. It is a popular place and many people take selfies while doing funyn gestures. 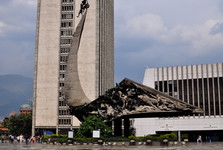 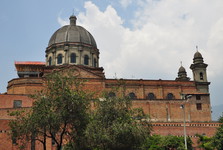 Catedral Metropolitana is situated in Parque de Bolívar which is where we are geaded next. They say it is the largest church ever built of bricks. Over 1,12 million of them were used to construct the cathedral. However, we wouldn´t see all of the cathedrals there. When we want to see Iglesia del Sagrado Corazón, Adriana warns us that we shouldn´t go there for it is dangerous there. One can easily observe that the problem of poverty and drugs are still prevalent problems in Colombia. To see the poor districts of the city, we recommend to use the subway, the only one in Colombia. We travel by it and we buy a ticket for it. It travels above the ground so it provides scenic ride across the city. You can alos use a cable car which takes you to poor parts o Medellin. While riding uphill, entire valley opens in front of us and we ride back down without even stepping off the cable car (everything for the cost of one ticket). 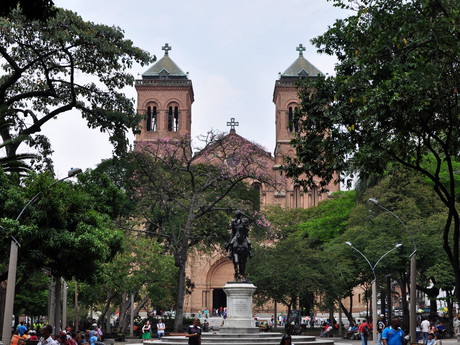 Next place where we can enjoy sum culture is the museum devoted to artist Pedro Nel Goméz. His Casa Museo Pedro Nel Goméz is sitauted in the hosue where the artist lived. There are over 1500 pieces of his work and you can walk it through for free. When we are leaving the museum we get into the streets agian. some buildings are just amazing. Then we go to Cementerio de San Pedro cemetery. It is a sight of culture and you shouldn´t miss it. It was founded in 1842 and there is a place hwere famous Columbian personalities are burried such as Carlos Coroliano Amador, a billionaire who imported the first car to Colombia. 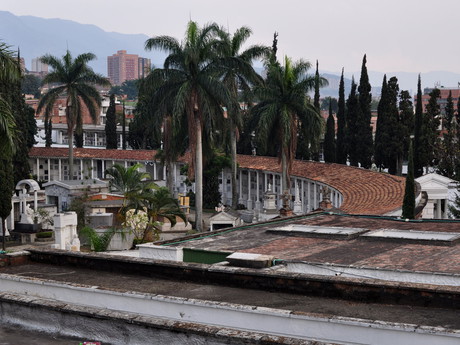 Once we get tired of the streets and the noise, we go to

Jardín Botánico –
a botanical garden which is free of charge. It is a nice and calm park where people go to have a picnic, for instance. There are over 600 species of trees and plants on 14 hectars. Eventually, we enjoy the most watching ducks, turtles, and caymans on hunt. There are large iguanas everywhere. We are worried about them at first but soon we learn they like to be fed and some even stroked. The bravest of iguanas jump from trees to the lake! On our way frmo the botanical garden we make a stop at  the beautiful Palacio de la Cultura Rafael Uribe. This palace of culture was built in Gothic style. It was completed in 1925 and today is a national cultural sigh. 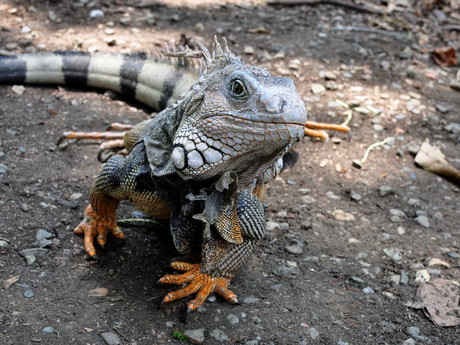 We should move further after three days we have spent in Medelin. Our next stop is Santa Fe, as mall town which you get to directly from Medellin. One day there should be enough, however, we will spend there bit more time.