en.infoglobe.cz » France: Corsica - An Excursion In The Mediterranean I.

A social habit enables to island-inhabitants (and requires it at the same time) to kill everybody who would damage an honour of their families. This is big but rather obscure interesting thing of this island. It is estimated that - during 1683-1715 - a half of local population was murdered among each other. On the other hand, this biggest French Island entered into world subconsciousness mainly with a fact that its son, Napoleon Bonaparte, proved to subjugate France as well as the whole Europe. 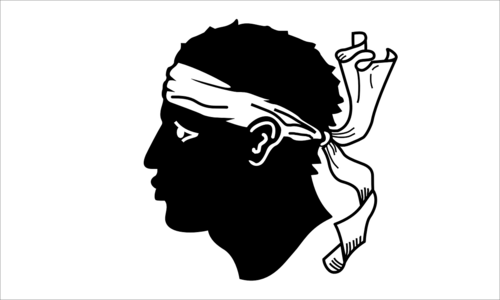 The history of human colonization comes to old times. During ancient time periods, a Greek culture was introduced there. The Greeks founded there Ajaccio, today´s capital. Anyway, the Greeks changed their supremacy with  Etruscs, Cartaginians and Romans. After collapse of Roman Empire, the island was in possession of Visigots and Vandal German Clans. Later, during Middle Ages, the rulers of the island changed again. From the beginning, the island was in ownership of Pisa Town State, followed by Genova. This Town State had the rule there within 1347-1729. 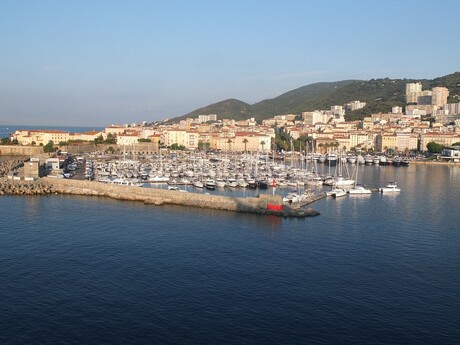 Later, since 1768, this territory became definitively as French area. Since 1982, the island has, within scope of France, its independent autonomy, with its own government and regional Parliament. In 1975, Corsica was divided into two departments, such as: Corse-du Sud and Haute-Corse. The island belongs to less developped areas, from economical point of view. Tourist industry branch (concentrated in the south part - in Porto Vecchio and Bonifacio - and in Calvi area in north-west) forms an important element for local economy. The island is inhabitated with more than 300 000 of people, specialized mostly for agriculture. Corsica exports  to France mostly many sorts of cheese, wine, sausages and honey. 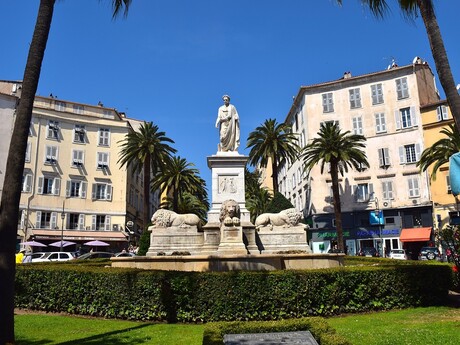 The island was formed by means of volcanic eruptions, which created as most montaneous island of the Mediterranean. Monte Cinto (2706 metres) is the highest peak. Apart of this, in Corsica, more than another twenty mountain peaks, higher than 2000 metres, are to be found. The island is 183 kilometres long and 83 kilometres wide. The tourist can enjoy the bath in more than 200 beaches. 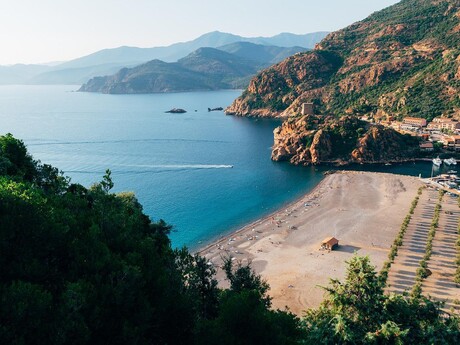 Corsica Island is characteristic for its typical Mediterranean climate, typical with its hot and dry summer and moderate winter. This is valid, first of all, for coastal areas. In the mountains, the weather is a little colder, in the course of the year. 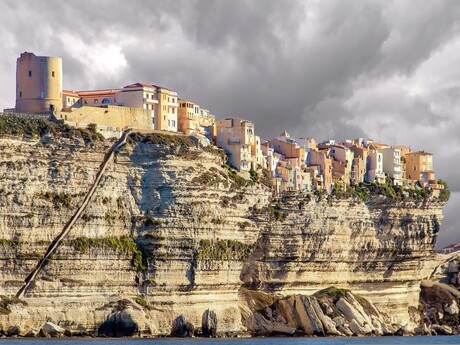 The Corsica´s capital and main port is placed at west coast, inside afforested mountaneous area. Now, the town has approx. 70 thousand of inhabitants. The past of the locality comes to Roman Empire time period. Nevertheless, its world fame arrived within 18th century, as this town was a birthplace of Napoleon Bonaparte. This fact is obvious even at present, as many references, respecting his name, could be found there. 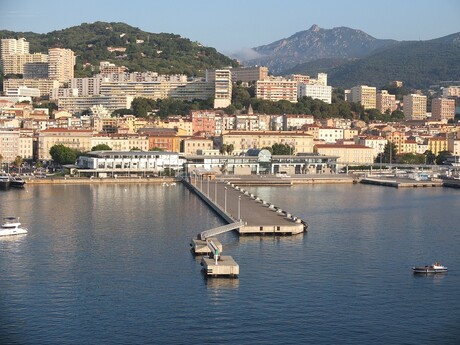 In the city centre, two important places of interest are to be found, such as: a citadel of 16th century (used by military units, even now), and Notre Dame de la Misericorde, Cathedrale in Renaissance style.

Old Town Quarter, around Place Marechal Foch Square, is full of narrow streets with typical houses of Mediterranean style, where Casa di Bonaparte is placed, which emphasizes its pleasant atmosphere. When visiting Ajaccio, it is worth to see also three Genova Towers, such as: Torra di Capu di Fenu, Torra di Parata and Torra di Castelluchju. The tourists have the possibility, during their walks, to have their refreshment in some from many coffees, bars or restaurants. 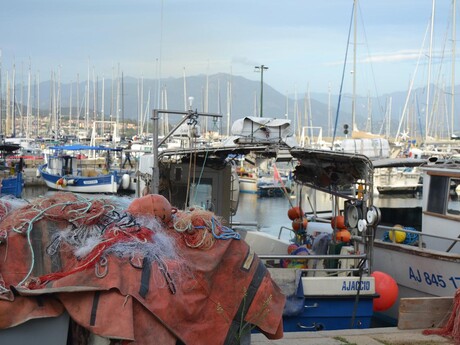