Peace Square is located in the Prague district of Vinohrady, Prague 2. There is the centre of the western part of Vinohrady district and a major transportation junction of Prague Integrated Transport. The square is situated the homonymous metro station and since 1897 across the square goes the trams. The plan here is to be in the future interchange between metro lines A and D. 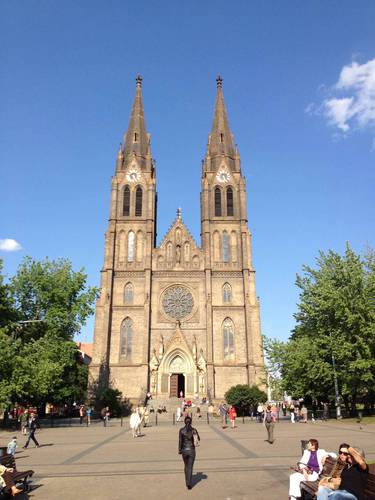 From the round shape of Peace Square leads at various points of the compass as the rays of the road to other parts of the city: to Žižkov, which can be accessed via the Italská street to Vršovice over the Francouzská, the Tylovo Square through Korunnní and Rumunská street leads you to the north-south motor way. 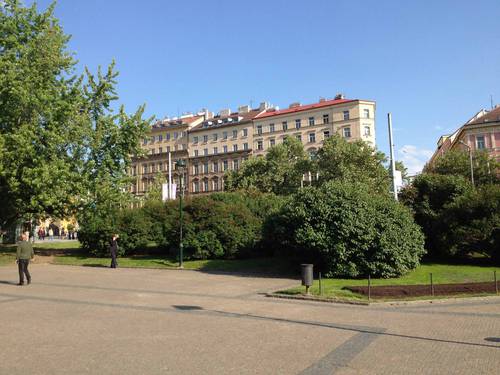 Earlier, in the years 1884 - 1926, the Peace Square called Purkině Square, then in 1926 to commemorate the peaceful order in Europe after the First World War was renamed the Peace Square, in the years 1933 to 1940 was called Vinohrady, and from 1940 to 1945 the Imperial Square. Finally, in 1948 received its present name - Square of Peace. 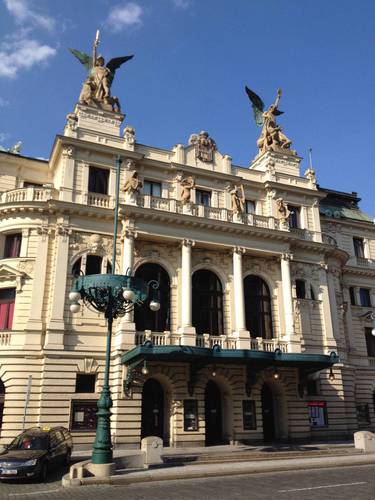 The Peace Square landmarks include the National House of Vinohrady, the Church of St. Ludmila and the Vinohrady Theatre.

National House of Vinohrady was built in Renaissance style in 1894. It's a place where organized social and cultural events such as congresses, exhibitions, seminars, symposiums, lectures and promotions. For these purposes, is representative of three large halls - Mayakovsky, Rais and Social and five lounges. In addition, it houses a dance school, which is one of the oldest and most famous school in Prague. 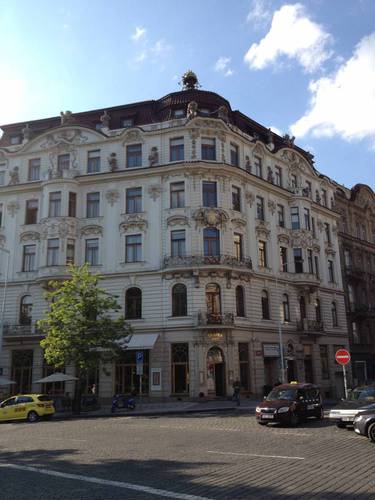 In the middle of the square stands the neo-Gothic Church of St. Ludmila was built between 1888 and 1893 by architect Josef Mocker, a three-aisled basilica of the fair-faced brick with two towers with a height of 60.5 meters. Above the wide staircase that leads to the entrance, there is relief by Josef Václav Myslbek, depicting Christ with Saints Wenceslas and Ludmila. The high towers with octagonal roofs are located pyramid shape clock. St. Ludmila Church was consecrated in 1893 Cardinal Archbishop of Prague Francis of Paula Count Schönborn. Currently in church worship, weddings, baptisms, etc. 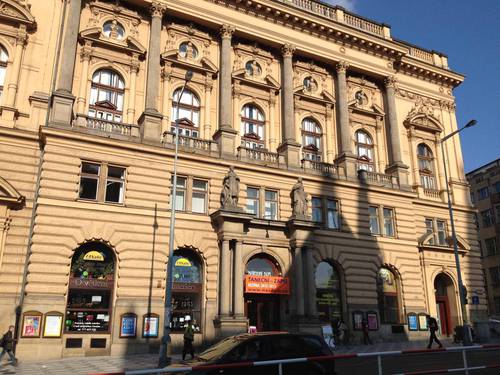 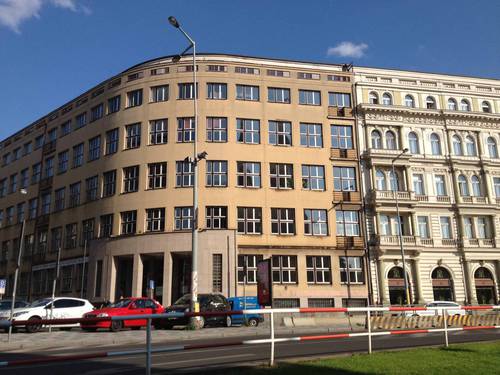 Since 1907 in the Vinohrady Theatre were also two art groups - a set of drama and opera and operetta, in 1919 there remained only the drama, and it is so today. In the theatrical repertoire can find games and the world's leading Czech authors - W. Shakespeare, Moliere, E. O'Neill, O. Wilde, F. Dostoevsky, F. Schiller, I. Klima, L. Ashkenazy, P. Kohout, M. Stehlik, J. Dietl, J. Šotola, Topol, Aitmatov, Bulgakov, etc. 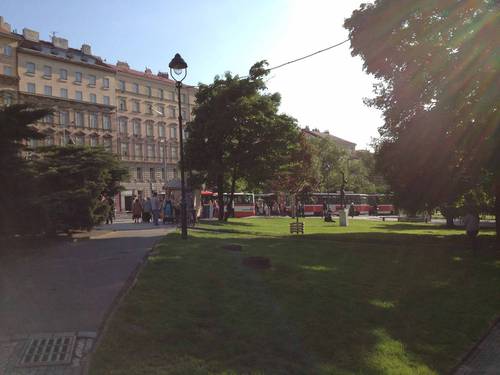 In addition, in the square is a building of the Municipal Authority of Prague 2, shops, restaurants, offices. The square itself held various social events, exhibitions, flea markets, traditional Czech pork feast, Christmas and Easter markets, etc.