Along both sides of the bay, steep rock walls, 100-150 metres high, are spreaded. They are overgrown with forests and macchia (bushy copse, typical for the Mediterranean), where numerous caves are to be found. Local findings of body-rests from younger stone era are well-known.

In its most wider section, the bay is 600 metres wide. Its name is derived from Latin word of „limes“, it means a border. During antic time period, this section represented a border between Dalmatia and Italy. Sea water is typical with its low contents of salt and rather high concentration of oxygen, from this reason, the canal is ideal for breeding of oysters and shellfish. Such kinds of fish are popular as a delicacies in restaurants along both parts of the bay.

Through Lim Canal, excursion vessels are navigating but you have the possibility to watch it even from separate outlook places, travelling along the bay. On the other hand, such excursion navigations are more attractive, offering a programme, enriched not only at a view of beautiful nature but also another interesting sightseeings which are not to be seen in standard way. During the navigation, you have the chance to take a refreshment in restaurants, mentioned above. These types of vessels are available for tourists during the whole summer saison. So, if you decide to spend your holiday in Istria, do not hesitate to take advantage of such unusual experience. 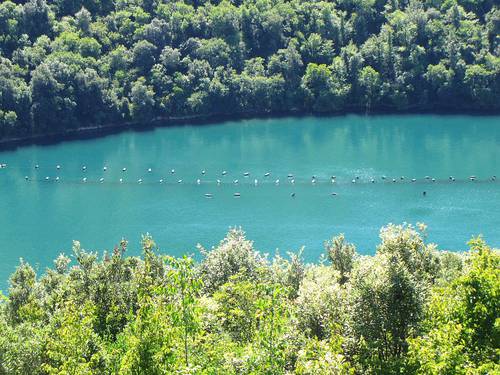 From Bay to Sights

Ship excursions promise an outlook to several extraordinary places. So, a ruin of St. Michael  Benedictine Order Monastery, founded by St. Romuald, belongs to them. One cave, situated under limestone rocks, surrounded with Lime Canal, bears his name. Romuald cave could be watched, as just its visit could form a part of navigation drive. The experienced guides can show you another places of interest and localities, and can make you acquaintance with another sightseeings. All the time, you will be surrounded with marvellous nature scenes, impossible to be caught from mainland.

If you are of the opinion that such type of excursion could be interesting for you, do not forget to take your photo-camera with. The pictures, you make there, will remind you such extraordinary moments, for sure. 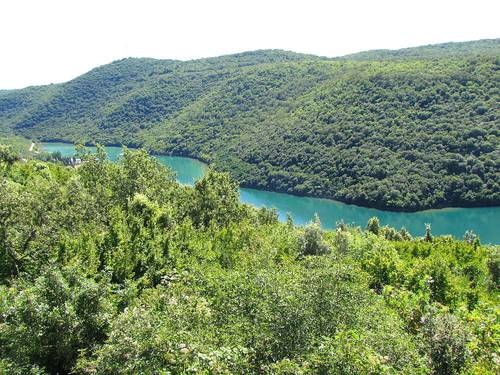