en.infoglobe.cz » Croatia: On the Islands Of Hvar I.

In Split surprise awaited us. Of course, I knew that we were going by ferry, but I did not know that it will be one of several beautiful and incredibly huge ships, without twinkling eye that swallowed up cars, buses and trucks full. And so we found ourselves on the terrace of the ferry and spent two hours a peaceful cruise. If you already tired of Beautiful views over the surrounding islands, we ran on the floor below and put your coffee. Super service! 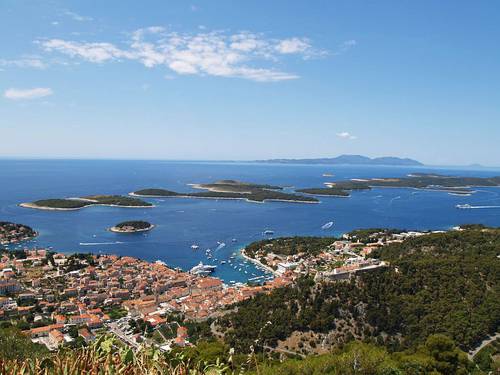 The journey from the port of Starigrad already on the island - what is allegedly the oldest city in passing throughout Croatia - to the resort in Jelsa lasted only a few minutes. In Jelsa we performed in an incredible number of four pieces of the human population. Total decent score when you do not meet every step of the Slovak tourists - this is not to say that I resented their presence. Because it was only around half past eight in the morning, and like everywhere and there you have to wait for accommodation, we decided with my boyfriend to explore this very small town.

Jelsa is on the island the third largest city. Do not imagine the city as a city. In Slovak conditions is rather larger village. The picturesque town is situated in the bay, above which rises a hill and hills of Hvar. There you will find a few restaurants and cafes, where you in a pleasant outdoor terrace you can enjoy the Croatian specialties (if you're not sorry for lobsters, crabs and other seafood), have a decent espresso, famous Adriatic ice cream flavours in million ways, possibly walk along the narrow streets of the town, and leave with a souvenir, a bottle of wine, pure or flavoured brandy. Domestic sales of its products will be happy to offer a sip to taste. Fair town advantage is that the right in its heart you will find a small harbour. No problems to rent a boat there, you can take a boat taxi to the nearby islands or the mainland (across the sea lies Makarska Riviera and Biokovo Mountain, which is a beautiful view of the island). 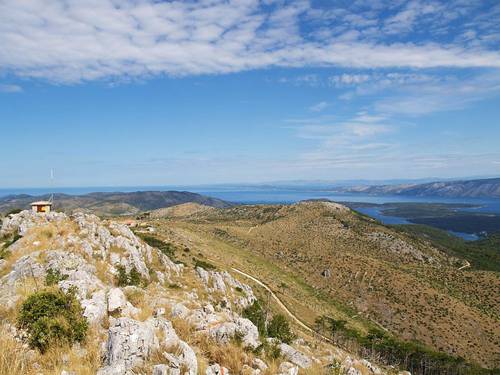 Apart from small private boats and barges carrying tourists mainly to the neighbouring town of Bol on the island of Brac is an interesting and popular beaches, there is anchored a large catamaran which runs daily from Jelsa to the town of Bol, and from there directly to Split and back. The Jelsa leaves at six in the morning and travel to Split takes about two hours. In the town of Bol you will be 30 minutes. The journey by cataraman cheaper than a private cruise ship, which is an advantage, even on the beach in Bol will haunt you around seven (but it also has its advantages - you catch the "spots" of your choice). One-way trip to Split will cost you 40 kuna. If you plan to run around the city of Split in one day, buy a return ticket on Jelsa, then you will not take the risk that you will not remain open space, and involuntarily you have to spend the night in the city. Little advice: on deck, take a sweatshirt or sweater - for my taste sitting without much movement in the air-conditioned rooms, and then ascend into the thirties is no fun. Directly on the island, but also on the mainland, almost at every corner you can rent a car, road and water ski, and for cyclists there are available for a fee and bicycles. 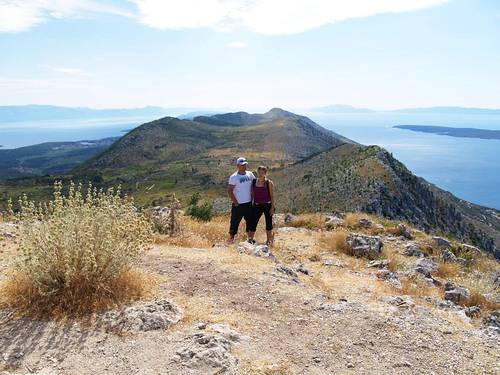