Šibenik seems to be the best place to start our trips to national parks. We recommend you stay in Croatia for ten days at least. This way you will bath as well as enjoy coutnry's nature and culture. You need to plan well to make it though. For we were driving to the sea, the Plitvice lakes were basically along our route. On our way back we would travel across Zadar. 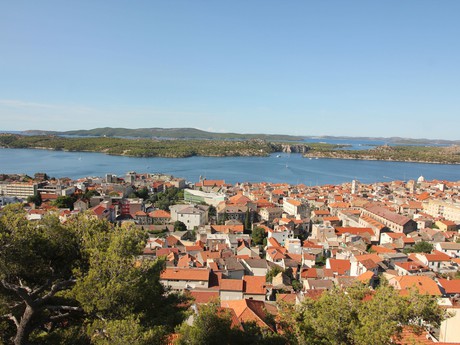 Before visiting the park, we decided to make one more stop at the town of Slunj, mere 30 kilometers from the lakes. The town sits above the rivers of Slunjcica and Korana. Should you make a stop there as well you will love it. Hundreds upon hundreds of cars miss this town every year for only seldomly people make a turn to explore the little mill town of Rastoke. 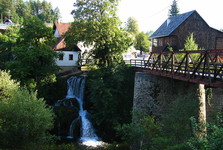 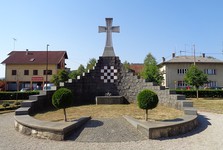 So what is the reason why we actually travel there? The Sluncice River made the nature around here very interesting and beautiful. Originally, a narrow river creek runs through the valley and gets closer to the town. The riverbed widens there and makes a labyrinth of many small lakes, islands, cascades. The river then reaches a tall rock wall from which it then falls down. This then creates many smaller and larger waterfalls among historic buildings. 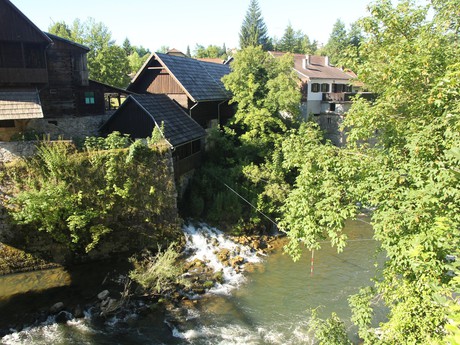 Locals soon discovered what the Sluncice river brings to them They decided to capitalize on that. Wild water led them to build water mills. Later other homestead buildings were built. This all makes of the historic center which you may enter for a fee. If the beautiful local around the water is enough for you, you don't have to pay for anything as the waterfalls are visible from the road as well. 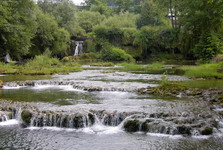 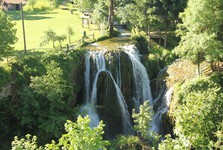 Upon a short stop we can move on. There is Plitvice Lakes National Park (Nacionalni park Plitvička jezera) with two entrances and several trails. These lakes are the very first national park in Croatia. It was founded shortly after the WWII in 1949. Yet tourists had discovered it significantly earlier. In 1862, the first visitors' house was opened. 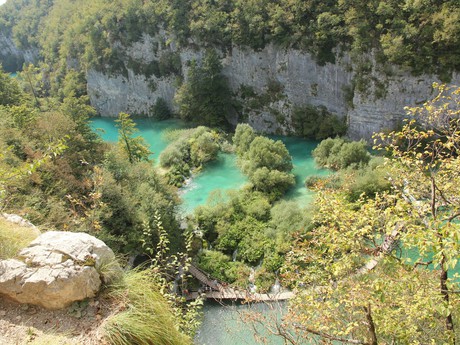 We tell you more about it next time for we will walk through the park and see all the stops devoted to the popular Apache chief.

Published: 29.8.2020
Pag is the fifth largest island in all of Croatia. It is famous in the world for lace, Pag cheese, white wine, salt and especially the beaches and its nightlife. It differs from mainland Croatia in that it retains its rural character. Although this has changed in recent years and the island is visited mainly by young people interested in enjoying party life on the famous beach Zrce.

Published: 4.9.2017
The Plitvice Lakes are situated in the Dinaric karst area at altitude of 500–640 meters. These are a group of 16 large and several small karst lakes in cascade arrangement. Over 140 waterfalls links these lakes together. The cascades were created by activity of unique bacteria living in moss and grass. Barriers between the lakes rise up to 3 centimeters each year.