In 1217, the cathedral was consecrated. Yet Europe saw clouds of upcoming 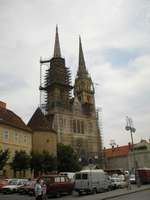 Only danger posed by the Turks was the intention which built walls and watchtowers around Kaptol in the 1460s. To the present, only part of the walls has remained standing. It is, however, enough to help you imagine how massive the wall was.

Another catastrophe that hit the cathedral happened in the 1880s. It was an earthquake which then led to a renovation by Viennese architects Friedrich von Schmidt and Hermann Bollé. It was probably their most important work. 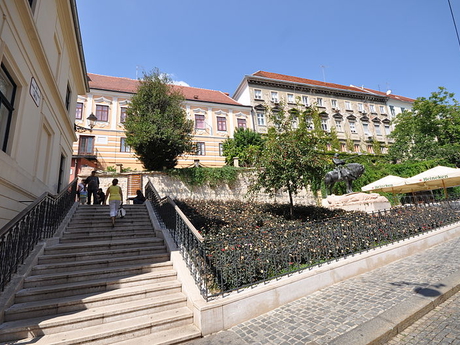 We have already mentioned Mongolian invasion that devastated Kaptol. Inhabitants of Gradec decided to prepare for the coming invasion. They built walls which shaped Gradec until the present day. Just look at the map of Zagreb. You can easily see that Gradec’s fortification was in a shape of a triangle. You could have enter the town via four gates. Only one of them the Stone Gate (Kamenita vrata) stands here even today. 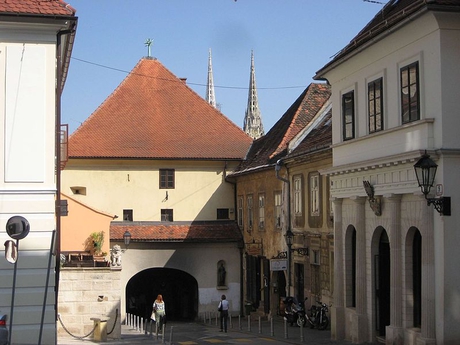 The Stone Gate looks more like a long tunnel which hides one of the greatest treasures in Croatia – a statue of the Virgin Mary. Since 1731, 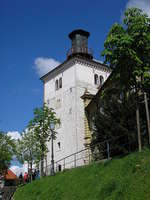 when the statue withstood a fire, it has been ascribed to supernatural powers. When you pass by it notice there are always couple of believers siting at the statue saying a short prayer.

Anyhow, Gradec is perhaps the most remarkable district in the city. Its narrow streets, small squares, baroque palaces will quickly grasp you and lure you to stay at least hour or two just walking around. By the way, in the district, you will chance on the world’s steepest funicular we mentioned last time. Perhaps, its length would surprise you. It takes about one minute to get from its bottom station to the top station. Another place to visit while in Gradec is Kula Lostrščak. The tower is a part of the 13th fortification mentioned earlier. Once a three-storey building saw a new floor being built in the 19th century. A cannon was placed there.