We stay in Gradec for a while longer. This time we check the most important landmark in this district which is the church of St Mark . You can find the church on a square which carries the same name. What will catch your attention is the roof, probably nowhere else to see. We would call it one of the most original roofs in the world. It has colored tiles which make two pictures, one being the coat of arms of Zagreb, the other Kingdom of Croatia, Slavonia and Dalmatia . 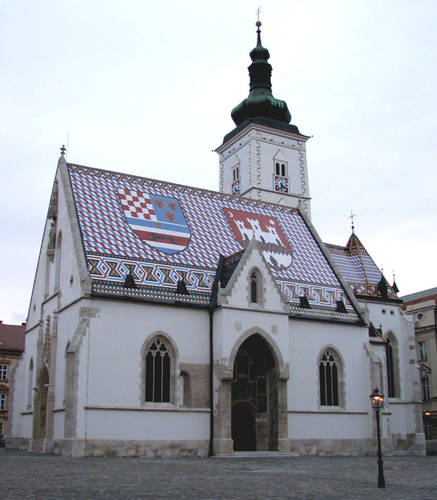 Gothic portal consists of 15 religious figures. Inside you can see statues sculpted by Ivan Mestrovic, one of the most famous figures of Croatian art of the beginning of 20th century. His glory spread beyond Croatia. In the United States, you can see his sculptures in, for instance, Chicago, Syracuse, Washington, Ottawa, Canada.

Near St Mark church there is Banski dvori. It is a mid-19th century two story baroque building. For more than hundred years it has been the residence of Croatian bans. It has been a governmental building ever since, today the government seat is here. 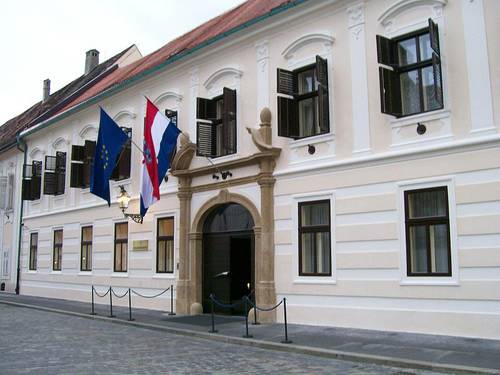 Speaking about museums, theaters etc., we have to take a look at the most interesting ones. For instance, a museum of very abstract name – the Museum of Broken Relationships. Its creators claim they offer a chance to overcome emotional collapse through creation. You only have to put something to their collection. It is then up to you if you see what broken-relationship artifacts people gave away (small tease – there is for example an axe with which its owner demolished furniture of her ex-lover).

More traditional is Archeological Museum , the core of its exhibitions are various stone artifacts dating to Roman or Ancient Greece periods. You can see there Greek vases, items related to Greek colonization of east Adriatic see, Roman military equipment, or items of daily life. 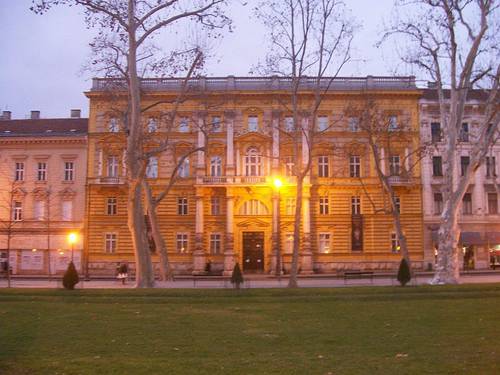 Zagreb is worth attention of anybody who visits Croatia or travels onwards to the south through the country.