en.infoglobe.cz » Cyprus: The Island of Two Worlds I – Nikosia 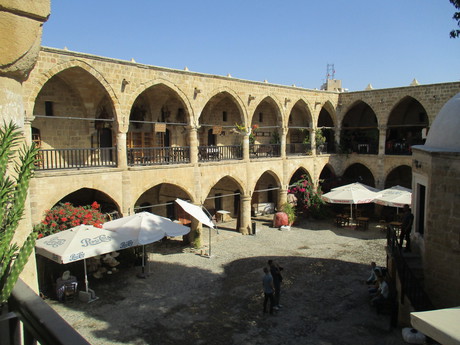 I landed on LArnaka international airport situated in the Greek part of the island. Had I landed in the Turkish part of the island I wouldnt have avoided a layover. I leave the airport for the capital of Nikósia (Lefkosia in Turkish). The name of the city means "favorite". I find accommodation right upon crossing the border and feel atmosphere of Turkey right away. The city is split to a Greek and Turkish section. There is different time in both parts of the city for there are two time zones! So, your wristwatch and your cell phone watch show different numbers. I start my walkthrough at a caravanserai (a shelter for caravans in desert). It is not empty and left for vultures. Its walls are impressive as well as its arcades. 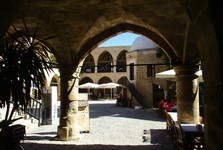 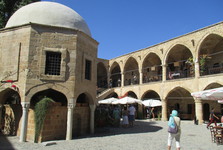 Only during the rule of Selim II was Cyprus conquered by the Ottomans. The sultan wanted to seize it not for its strategic locaiton but for island's great wine. I stand at Selimiye mosque, the place where St Sophia cathedral originally stood. However, Selim added two minarets, removed stained glass and scenes from the Bible, he also removed statues and graves of bishops (he moved them to a cemetery somewhere outside the cathedral). So, when you enter the mosque today I will feel like it is crumbling down on you. Architect Sinan would love it. He never used much decoration inside his mosques so people wouldn't be distracted by tiny things and could enjoy the beauty of the building as a whole. 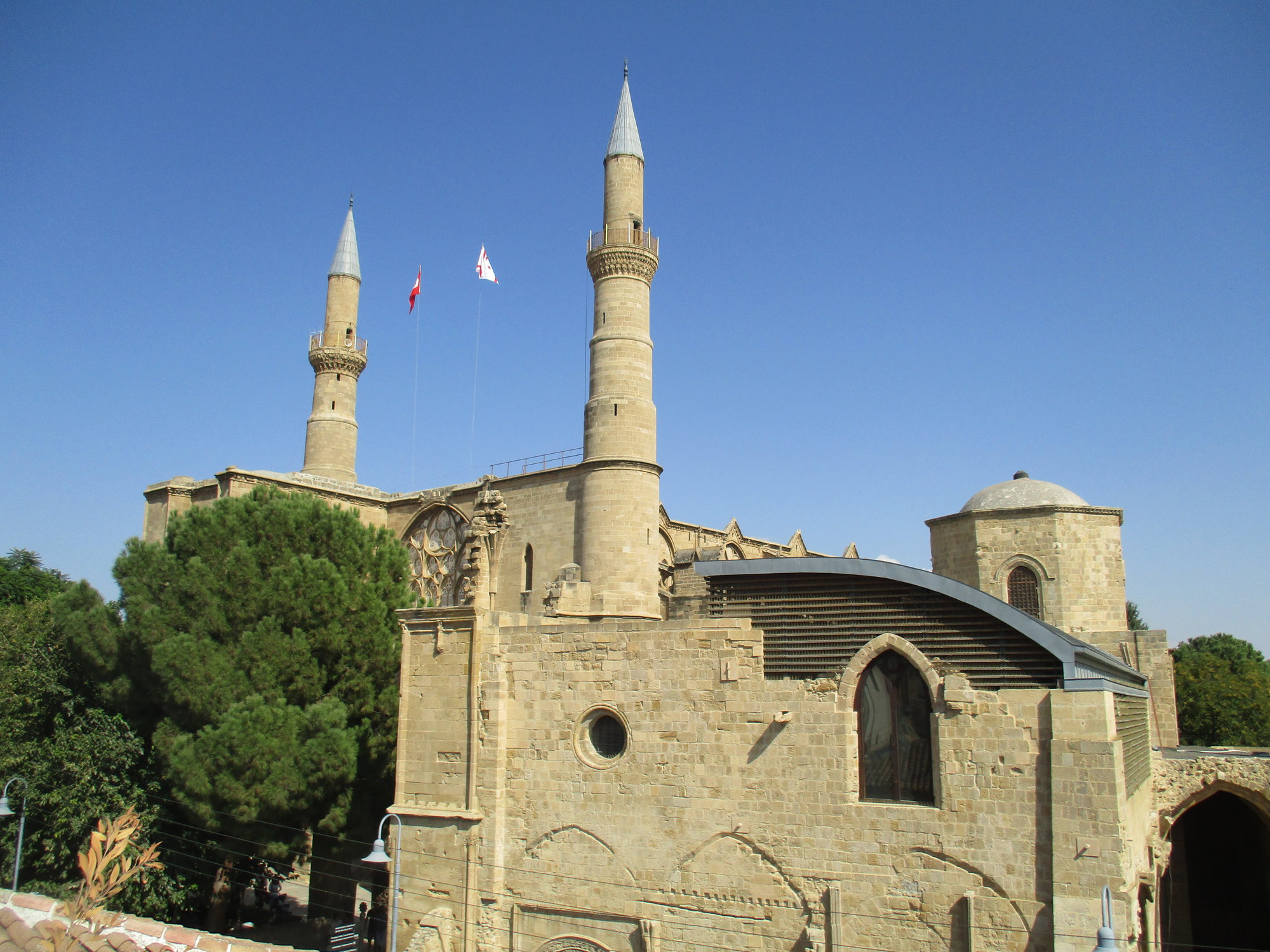 I walk through tine city center but I can feel hundreds of years of its history. I get on the 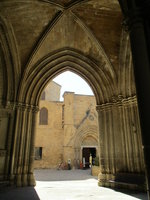 top floor by an elevator in one 8-floor hotel. I can see how split the city is. You can recognize the Greek part immediately. There are modern, high-rise buildings as in any European city. Nikosia was formerly surrounded by walls dotted with 11 bastions named after 11 noble houses 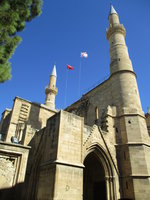 of Venice. I slowly walk toward the green line. This line splits the tiny island. The line stretches from Famagusta, across Nikosia and then to continues in the westward direction. At former Ledra Palace hotel, there is a car event at which both Greeks and Turks take part! Well, it seems that their relationship isn't that tragic. I walk through an Ottoman quarter where many houses were left empty. Their inhabitants better ran away during tense events of 1974 when the Turks seized Cyprus. I move on to the beautiful mosque of Arab Ahmed. It isn't a church rebuilt to a mosque. It was built in the 16th century and was named after a military commander who captured the city for Sultan Selim. 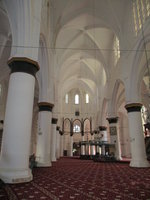 Now I am on Venetian square. There is a column which 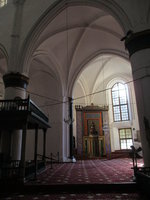 was moved here from Salamina, a historic city near Famagusta. There are many places with columns from Salamis. A cannon ball stands atop teh Venetian column. Formerly, there was St Mark's lion, the symbol of the Venetians.  Next to the square, there is the court. Formerly, it was an administration building which served first the Ottomans and later the Englishmen. It is a lovely work of Ottoman architecture. In its garden, there is a cistern. I go straight on and pass by the Museum of Fazil Kucuk, the prime minister in the government of Greek President Makario (before Cyprus was split).

At the end of my tour of Nikosia, I get to the Kyrenia Gate - one of the 11 bastions - and here I can see massive walls. An inscription in Arabis on the gate was put there by the Ottoman sultan upon his conquest of the city. It says: "Mohamed, let the believers know this: The victory comes from the God. The triumph is near. You, who opens the gates open us the best of the gates..." Also, there are cannons which are, however, not in anyway linked to the history of Cyprus. The cannons come from the Napoleonic era and were brought here by Englishmen.

Next Saturday, we take you to the beautiful resort of Kyrenia.