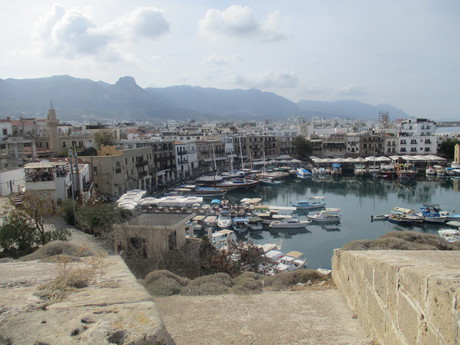 I get off in the city center. Then I am headed right towards the castle. I am very interested in the local ship wreck. It was found by accident in the 1960s by a sea mushroom picker. He told about the finding to archeologists who rescued the ship wreck and put it on display with the entire load. There were over 400 amphoras, grain, wine, and, well, every commodity traded then. The ship was in operation for 80 years. It sailed from Samosa, Kos, and Rhodos to what is present Turkey and Cyprus. 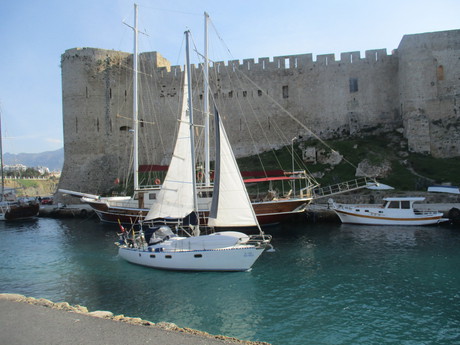 Massive fortification as well as amazing vistas amazed me at the castle. Also, I liked attractions which I had not expected to exist on such a place. There is a chuch built inside the fortification wall, or a torture chamber with figures of the tortured. During the reigns of the Lusignans, king's misstress was sent to the dungeon. Pregnant she had remained there the whole time until she gave the birth. Jelous wife of the king put her to the dungeon.

Finally I got the history straight at the castle. Isaak Comnenius came here with his Siclian mercenaries in the 11th century. He defeated Byzantine fleet and crowned himself Cyperian king. Later, King Richard the Lionheart sailed by the island on his way to conquer Jerusalem under Muslim rule. He fought Isaak and defeated him. When he plundered Cyperian stocks, and nothing was left, he gifted the island to the House of Lusignan. These French nobels just lost their kingdom of Jesualem. So, it became a tradition that Cyperian kings would also be crowned kings of Jerusalem. They brought here feudalism. People couldn't own any lend. They were serfs to the nobility. Moreover, everybody had to acknowledge the oficial religion. Not any other was tolerated. However, the times had changed. The island was conquered by the Ottomans. They had the right to own the land. So, they rather gained under the rule of the Ottomans. During the Great War, the Ottomans lost the entire Cyprus. It was seized by England. 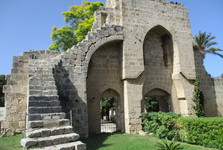 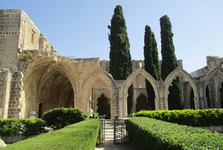 On the ramparts, I can see the lovelable port. Many interesting, old ships dock there. It is beautiful to cross the draw bridge here and then walk down the stairs. The port is simply beautiful. It is in the shape of a half moon. There are many fish restaurants. Then I take a walk in the city center. I buy souvenirs and then I go to the beautiful Bellapaís abbey which is sitauted in a romantic, oldschool village. Lawrence Durrell loved this place so much that he bought a house there. There he wrote the book Sour Lemons. There is a small gaming lodge near the village which was owned to Sophia Loren. I feel like I was in Andalusia. Its Gothic architectonic style, and the overall beauty of the compound is amazing. I begin with the main building of the church - Bellapais. As monks wore white habits it was called the white abbey. There are no masses held nowadays. But it would be amazing for wedding ceremonies. It is ancient and romantic at once. 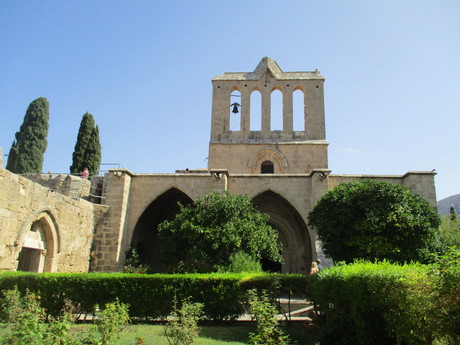 The entire abbey is in the shape of the letter U. In the middle, there is a beautiful square with arcades with monks going around and pondering about the infinite love of the God... Former abbot study is situated in another part of the abbey. There I admire scary figures carved into the walls - a brave hero fighting with two beasts, or figures wearing masks, or animal heads. I would be scared, if I was alone here at night. It reminds me of the mysterious abbey in the Name of the Rose by Umberto Ecco. In the last part of the abbey, there is a dining room. First, the Bible was read to monks and only then the meal was served. As the credo goes - one lives not only of bread but of God's word as well.

We take a look to Famagusta next Saturday.