There you can nicely observe the heating system. Columns made of brick are here under whole floor. Between the columns, hot water and air flew making marble warm. Holes made of iron hooks are in the walls. Marble plates were hung upon them. Marble was always scarce on Cyprus. Therefore, they used sandstone and covered it with marble. 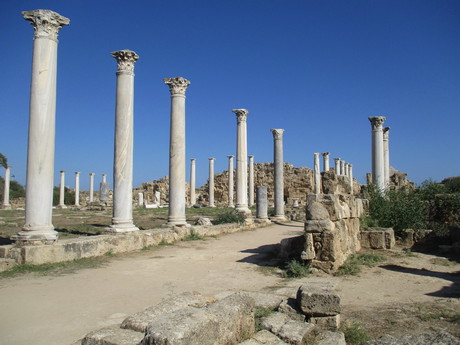 Zeus in shape of a swan, or Létó, the mother of Zeus' children, andher daughter Artemis and son Appollo are exampels of mosaics you can see there. Then I go around the aqueduct towards the amphitheater which can host over 15 thousand visitors. Unfortunately, mere half of the theater is gone. Right next to the theater, there is a hippodrome. Once Christianity became the official religion of the Roman empire, it was forbidden for gladiator matches to take place here. However, there was still a need to entertain the people. Therefore, the emperor made up horse races inside the hippodrome. 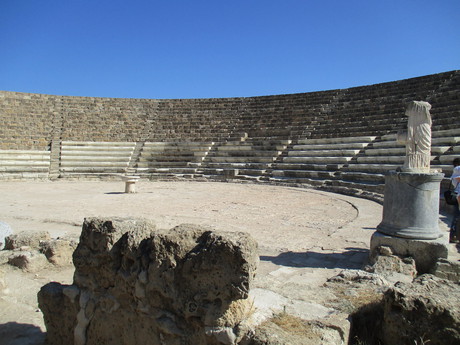 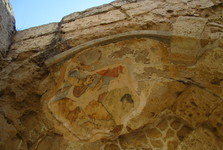 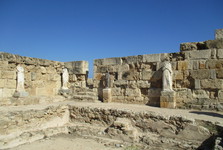 Salamína was once the capital of Cyprus. Then, however, its actual name was Constantia. Its port was very busy because ships exported copper, salt, and cedar wood from here. The city was well-fortified. It was becoming rich, and they minted their own coins here. However, during the Greek-Persian wars the city was seized by the Persians who demanded ships made of cedar wood to be built for them. I was amazed by Salamina; not even one tenth of the ancient city has been uncovered by the archeologists. 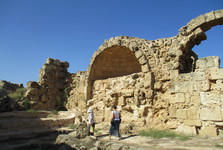 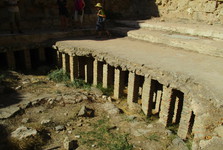 My next activity is the tour in the St Barnaba church. The church is very beautiful and it operates the Museum of Icons. There is a huge amount of them at one place. Some I recognize evenwithout reading descriptions. There were monk cells on the yard. Today, there is the Archeological Museum inside them. I take a look at ceramic containers. polished bronze mirror, Egyptian glass and toys. There is a small chapel behind the parking lot with a staircase which you can descend. The body of Barnaba was found there holding the St Matthew's gospel. Once a bishop discovered the grave, he travelled to Constantinople to visit Byzantian Emperor Zenon and gifted him the found Gospel. The frescoe looks similar to the ones in Cappadocia, Turkey. 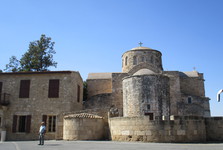 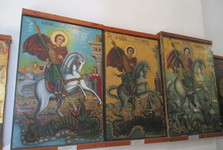 At the parking lot, you can buy nuts, dried fruits, or Cyprian specialty - nuts which while still green are boiled in sweet water (sort of local baclava). Zivania, local alcohol in beautiful glass, is great souvenir.

The Karpaz Peninsula is the matter of next Saturday's article.