Evening TV tales and books with an inconspicuous hero have been accompanying generations of Czech and Slovak children for more than sixty years. The mole hardly speaks, he uses only a few words, mostly interjections. However, it is also popular in other countries! For example, in Germany small viewers and readers know him as Maulwurf, for English children it is Little Mole, he is also known in Scandinavia, Japan or China, where he was one of the main attractions of the Czech exposition at the EXPO 2010 world exhibition in Shanghai. 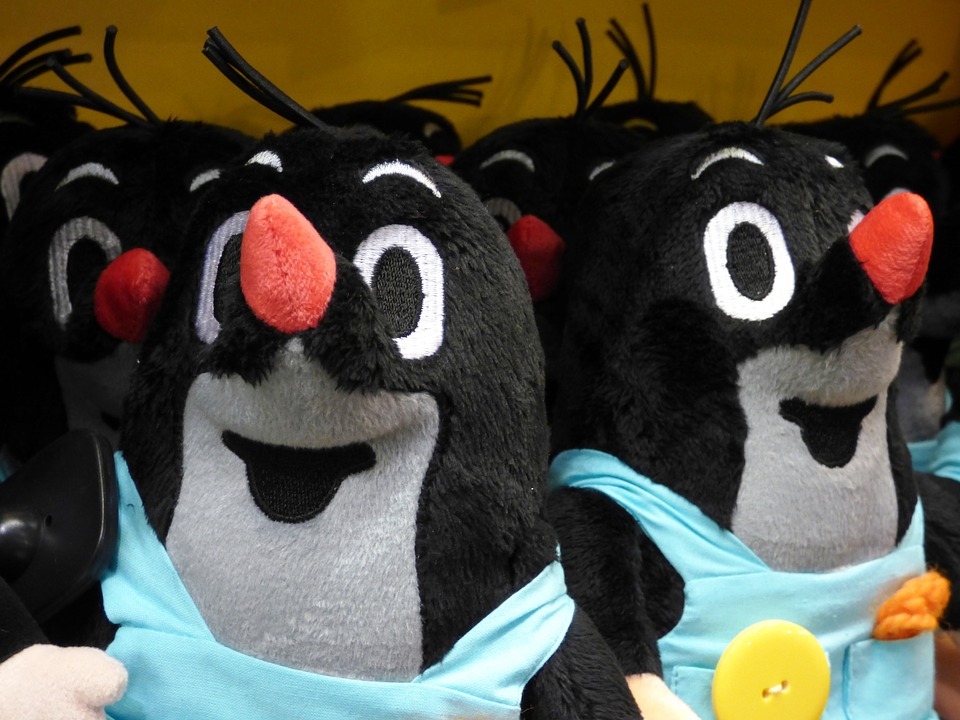 How Did Zdeněk Miller Came Up with Mole?

The year was 1954, when Zdeněk Miler worked on a film, which was to clearly explain the technology of industrial production of fabrics to the children in the story About a Linen Shirt. The artist wanted the story to be accompanied by a small figure of the audience, which would explain the production of the canvas from the very beginning to the final stage. He couldn't think of anything for a long time, until he once went for a walk in the woods behind Kladno, where he came across a molehill on the way, and the idea saw the light! 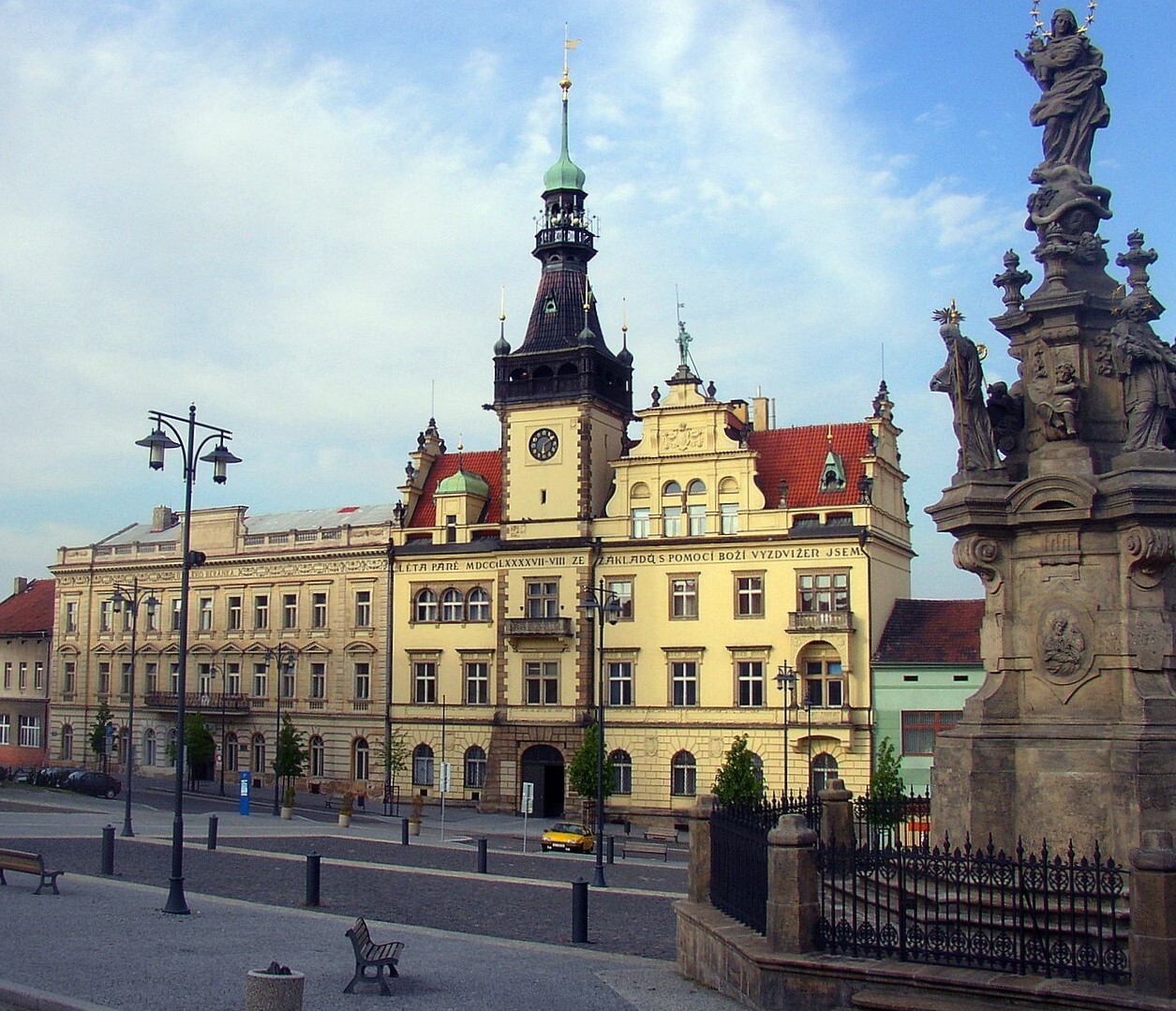 He realized that this was the only character Walt Disney had not yet used. Two years later, the first cartoon called How the Mole Came to the Panties was finished. In 1957, he won two main prizes at the Venice Film Festival and then won another prize at the Montevideo Film Festival. Gradually, other short films (5–29 minutes long) from the series About the Mole were made. There are more than 50 of them in total.

When the film The Mole and the Rocket appeared in 1965, no one could have guessed that after less than fifty years, the Mole would sit on a real rocket. In 2011, the plush Mole made of non-combustible materials became a symbol of the last space mission of the space shuttle Endeavor, which promoted science and space research. 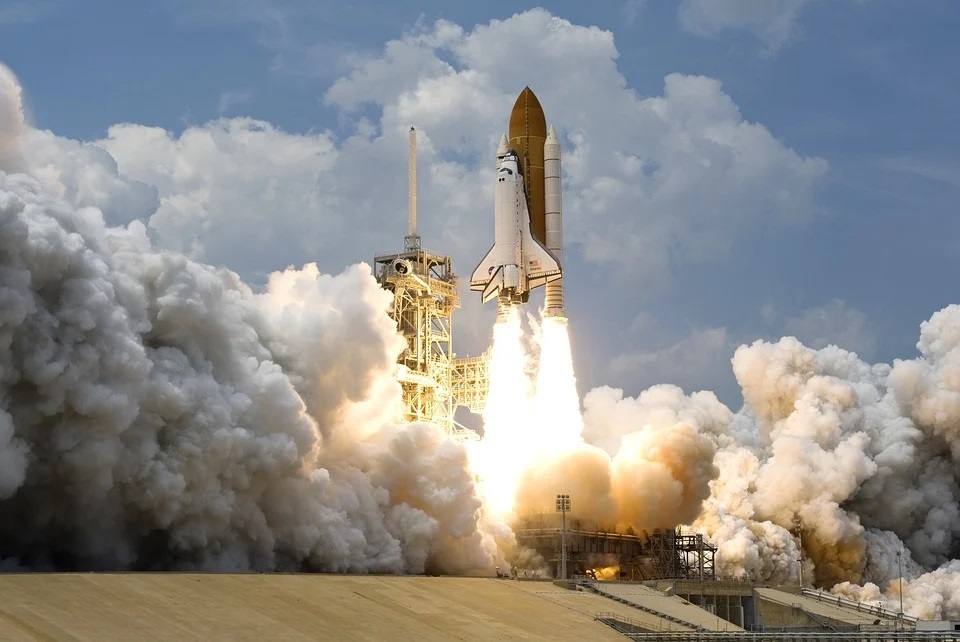 Mole was taken into space by the American astronaut A. J. Feustel, whose wife Indira Devi Bhatnagar has Czech roots after her mother. He traveled into space with Feustel for the second time on March 21, 2018, when he flew to Soyuz for a change and kept the staff of the International Space Station for more than half a year. 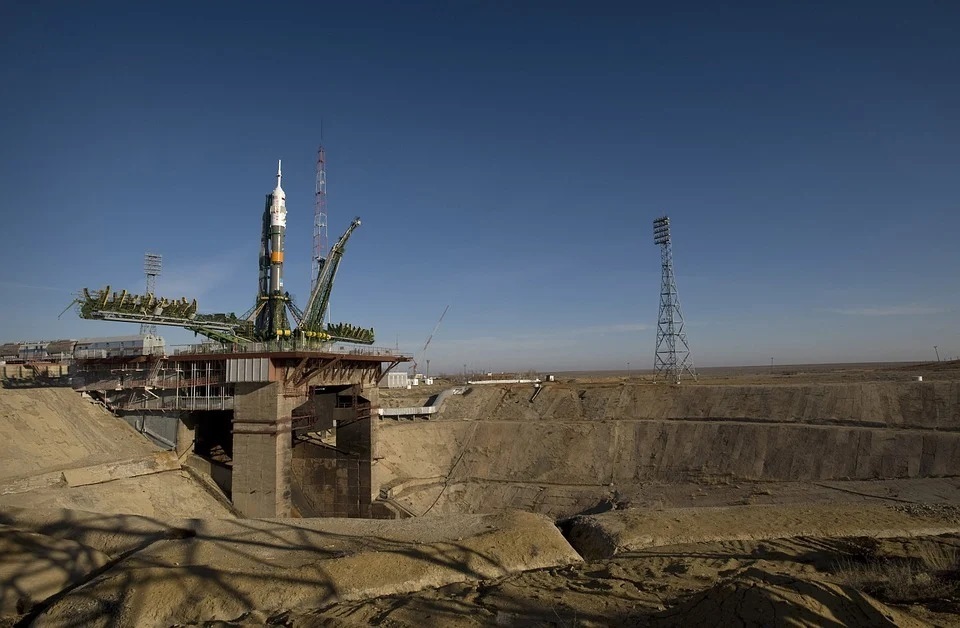 Mole Travelling Around the Globe

Travelers Pavel Zrzavý and Martina Libřická also chose Krtečka as a symbol representing home for the project Our Journey around the World. The mole set off with them and traveled 22 countries in 527 days, visited hundreds of cities and got to know many interesting cultures. 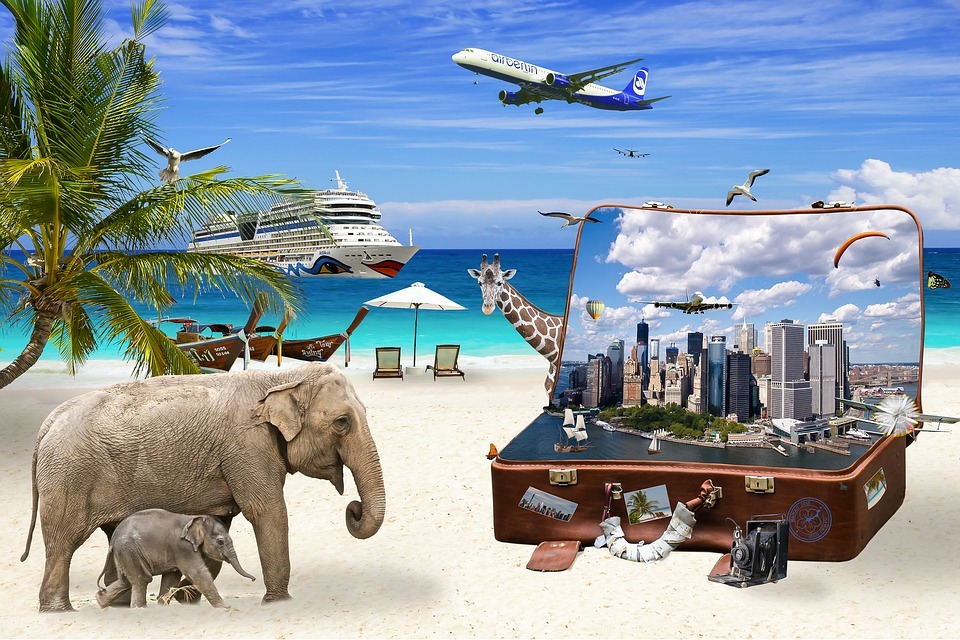 The mole also rides Formula 1, as he became part of the Alfa Romeo team. However, his home became the chateau in Kladno, where in 2020 they opened an exhibition dedicated to Zdeněk Miler and his most famous fairy tale character. An interactive space, a photo corner, a screening of several fairy tales and a documentary about the Mole's trip into space await the children. You will also look at the mining gallery in the castle cellar, where you will learn that, according to legend, the mole was the first discoverer of Kladno black coal. 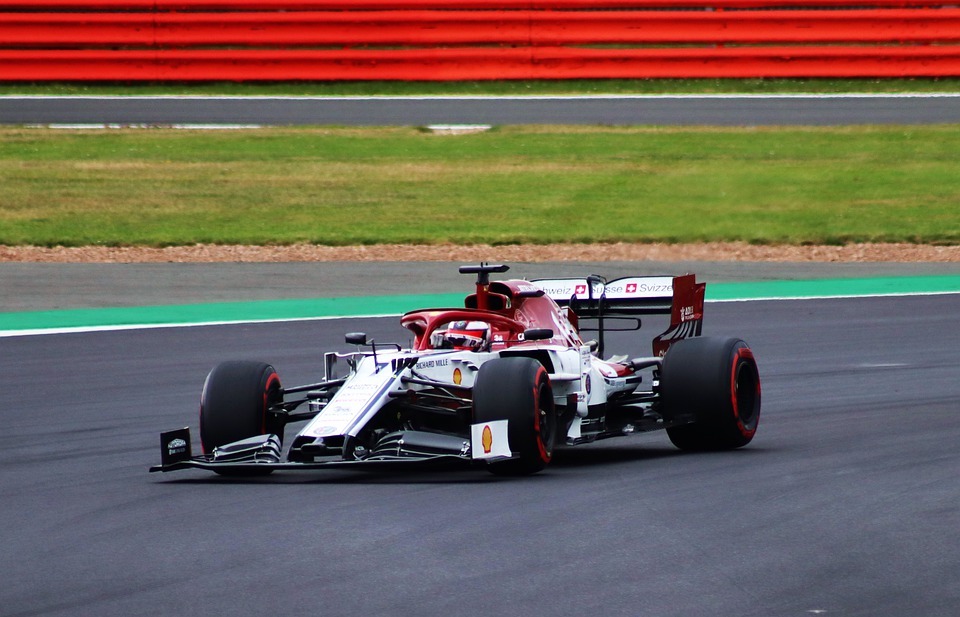 Zdeněk Miler graduated from the graphic school and then from the Academy of Arts, Architecture and Design in Prague. In 1942 he started working as a draftsman for Baťa's film studio in Zlín, and three years later he moved to Bratři v triku studio. Miler's drawing of three curly boys won the competition for the studio's new logo, for which he received a week's paid leave. Miler also created serial characters, such as a curious puppy and a cricket. 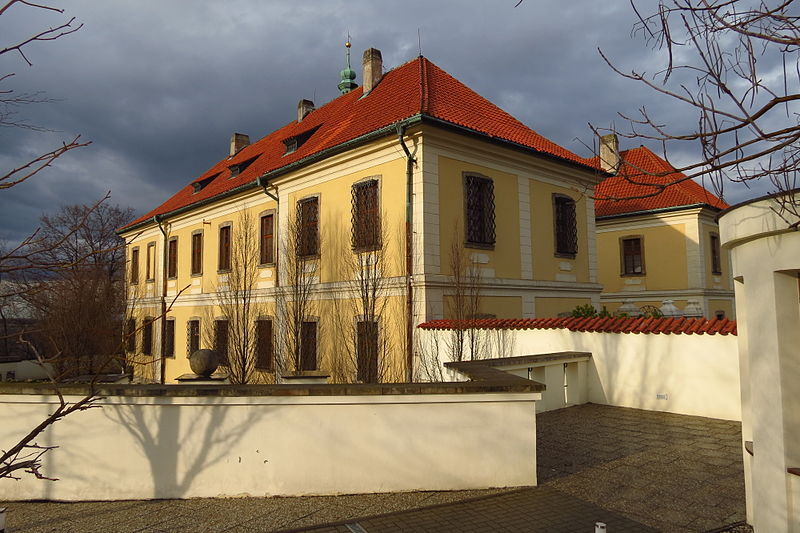 Zdeněk Miler died in 2011 at the age of 90 in a sanatorium in Nová Ves pod Pleší. You can visit his grave in the Vyšehrad Cemetery in Prague and a memorial plaque commemorates him in his birth house in Kladno. 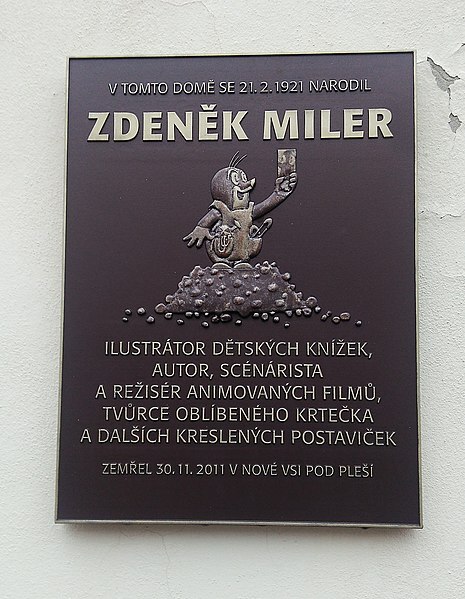 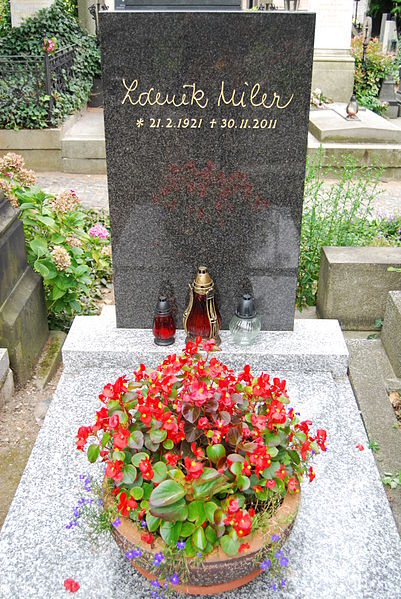