The site is located 3 kilometers from Komárov and was part of the local area known for mining iron ore. On Jedová hora, however, cinnabar was also mined as a by-product, from which mercury was obtained. This metal was rarely found here in its pure form. In addition, the local shafts were rich in other rare minerals, many of which were included in the collections of the National Museum. It was mined here until 1871. According to witnesses, some buildings still stood here in the middle of the 20th century, today the surroundings of the main Barbora shaft are overgrown with forest. Here you will find an ancient oak, an alley of horse chestnuts, and even groves. Other traces of mining can be found on the southern slope. 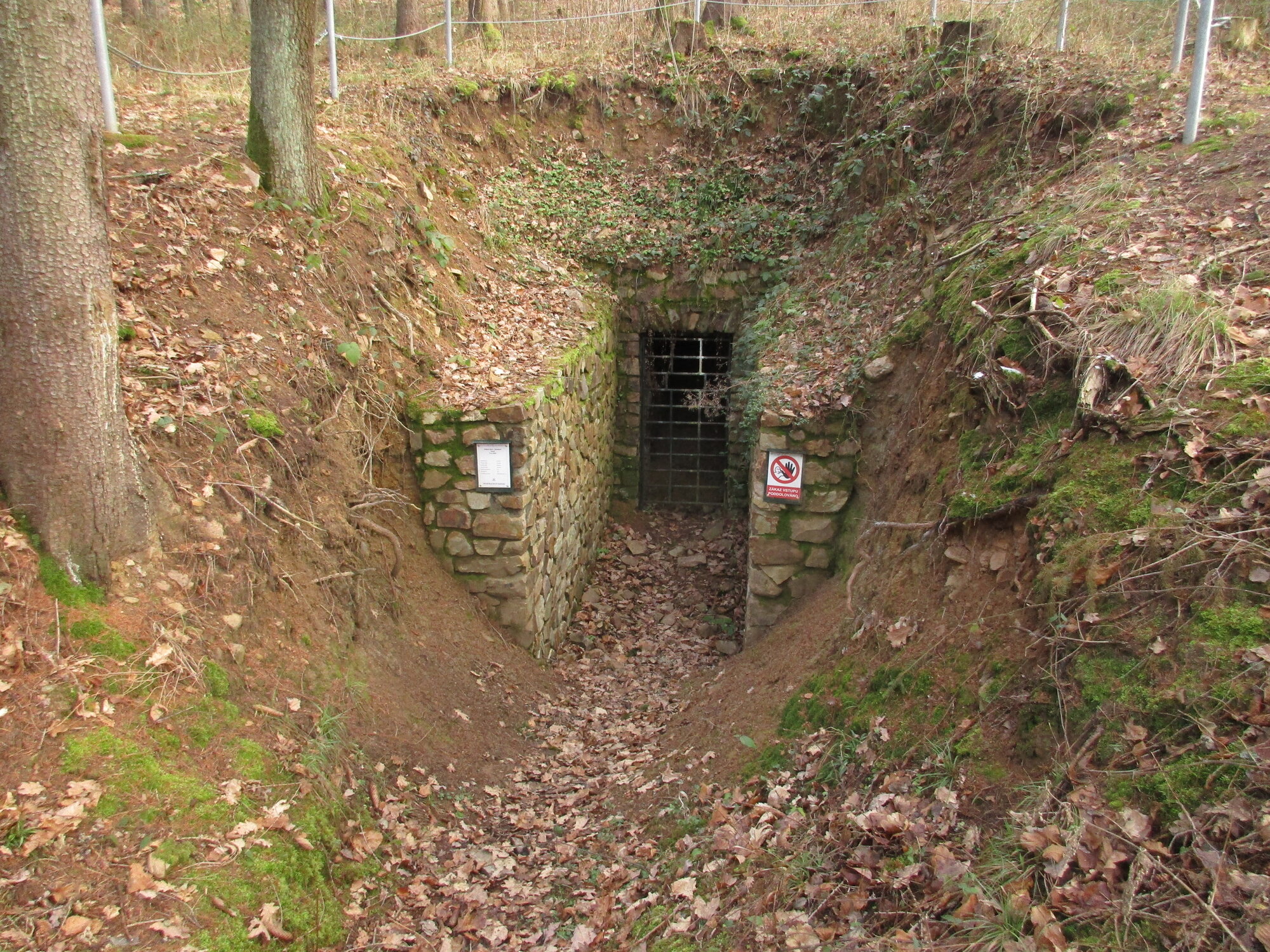 Štola Barbora is located on the nature trail around Komárov. This circular route starts and ends in Komárov and measures 10 kilometers. The Záskalská turnoff leads to the gallery from the signpost at the water reservoir, and the nature trail then returns to Komárov via Neezín and other villages. Unlike most Brdy dams, it is possible to bathe in the Záskalská reservoir in summer. The romantic-sounding name refers to the location of the reservoir, which is located behind Mrtnická Rock. It was built in the second half of the 1950s in order to prevent severe floods on Červený potok. 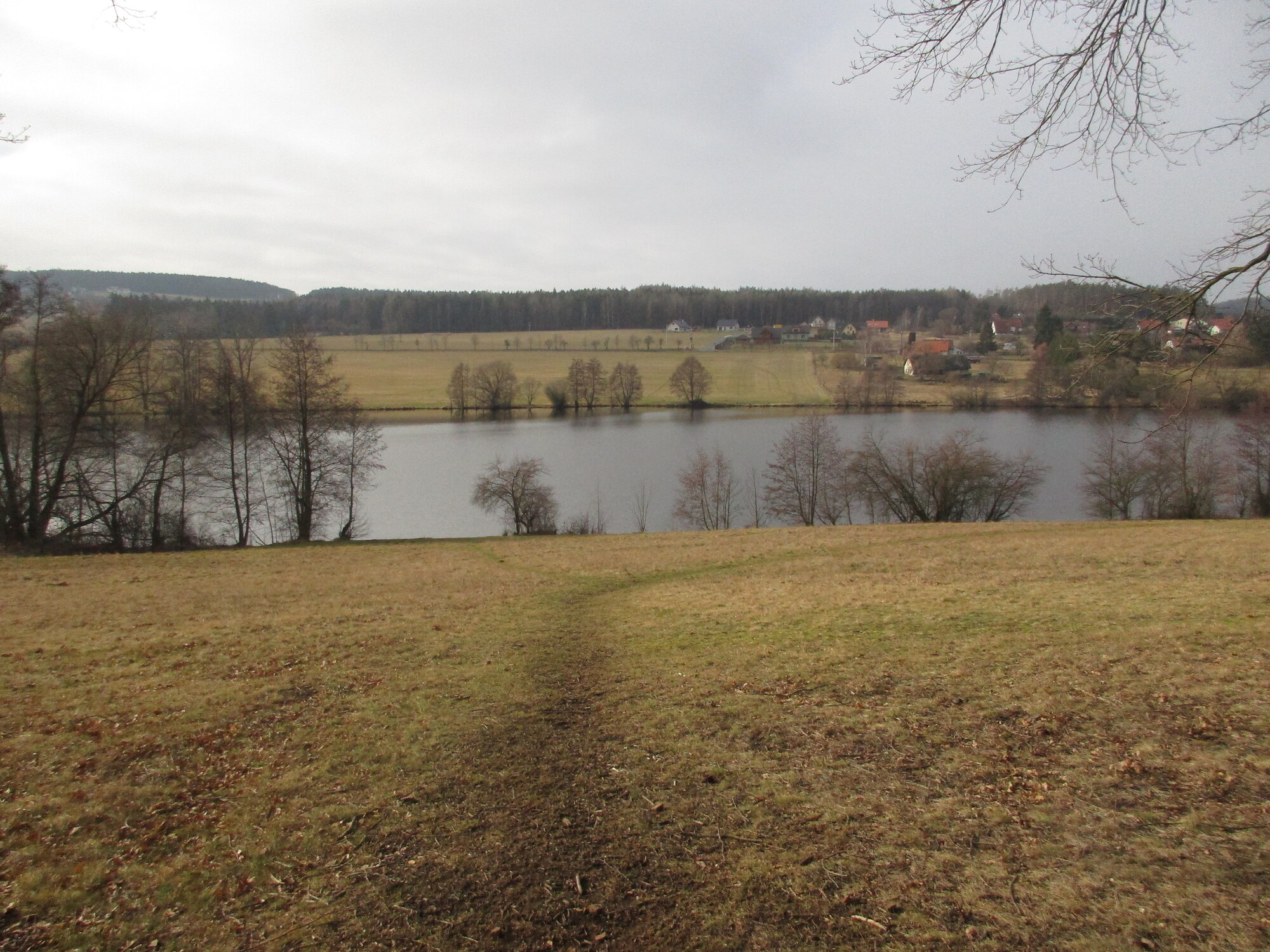 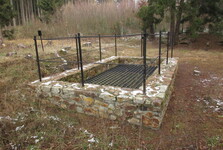 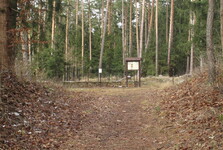 The power of this watercourse was also used by a nearby hammer processing ore mined on Jedová hora, on the mentioned Mrtnická skála you would find a sign indicating where the water level rose during the catastrophic flood in 1872. The rock itself is sought after by climbers, cobblestone and sometimes very steep rocks several routes are marked on the wall.

If you do not return to the route of the nature trail from the Barbora gallery, but choose a blue tourist sign instead, you will not come to the places where the village of Hrachoviště used to be after a kilometer of walking. It experienced its most significant boom in connection with mining on Jedová hora, after which it rather fell. The definitive end for Hrachoviště meant the expansion of the Brdy Military District, and during 1952 the whole village was evicted and razed to the ground. Only one complex of farm buildings remained from the whole village, one more barn was transferred to the nearby Noviny game preserve. The area then served mainly military driving schools. The paradox is that thanks to the intensive military use, a unique animal and plant community of wet meadows and fallow lands was created here, which is now included among the sites of European importance. There are, for example, the Siberian iris or the May ringworm, the yellow-bellied toad or the rare summer toad live here. 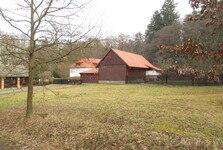 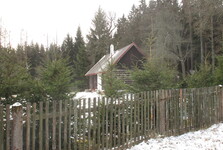