Bit aside from the main road between Loucna pod Klinovcem and Vejprty there is fascinating town of Kovarska. A walk in the landscape will make you to enjoy the looks at the Ore Mountains area . And, also you can discover many peculiar things in the area, often not mentioned in guide books . I rcommend you to visit Kovarska by following the green trail off Loucna. vydat se do Kovářské po zelené turistické značce od Loučné. Near the point when the trail goes off the road there is beautiful ruin of the oldest limeworks in the Czech Republic – Haj. 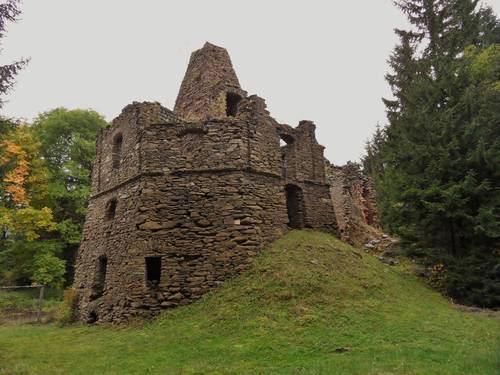 It is a unique sight dating to the first half of the 19th century. Currently there are two polygonal drift furnaces, and torsos of auxiliary facilities. Behind the limestone part of the quarry, dolomitic limestone used to be mined. Even this sight, became part of the complex that is applying for the UNESCO’s list. 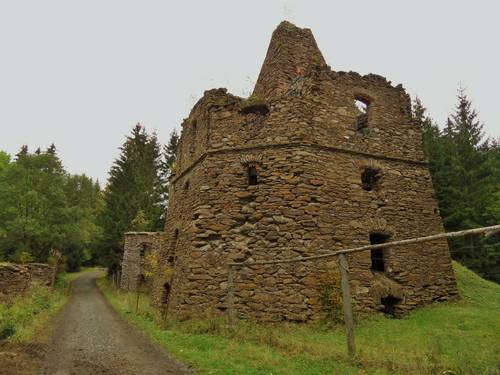 The road leading to Kovarska will take you around deserted train station, and old Kalla’s villa, after Antonin Kala, former owner of famous fish can factory which used to be the main source of income of the locals for decades. 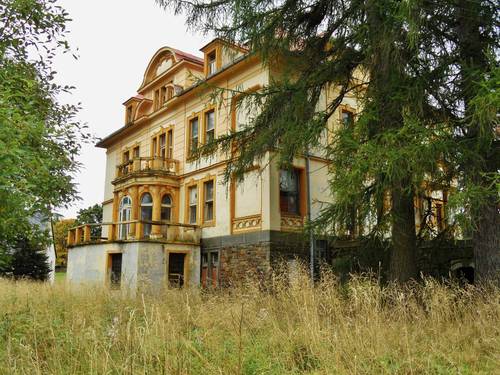 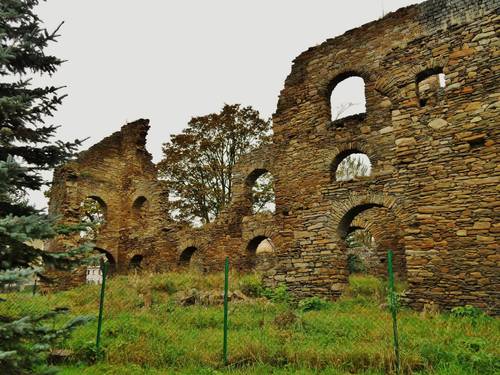 It is very close to Medenec from Kovarska. You can bet that the silhouette will be very familiar. Mednik Hill has a round chapel on the top. The pointy roof of the chapel served as a background image for the intro of the Major Zeman series. Major is now history, the chapel is, however, dating to the Baroque era and is dedicated to the Immaculate Conception of the Virgin Mary. The chapel is a crown on the hill that has been drilled through by 70 short and long drifts the origins of which date from the 15th to the 19th century. The underground is accessible by two historic difts (Marie Pomocna and Zeme zaslibena). The traces of the so called kruseni are very well visible. The word kruseni became foundation of the name for the mountains. It was a method to disturb mined rock by fire.

A hardly noticeable memorial reminds that there used to be an institute taking care of minor mentally handicapped girls . The institute burned down under mysterious circumstances in 1984. Fate of the institute and its patients became a backstory for Filip Rencs’movie „Requiem pro panenku“.

From the mountains you will get back to the civilization through Horni Halze, an non-professional excavation site of agates and amethysts. There is a beautiful view from the road that follows lengthy hillside, local church is dedicated to St Theresa. 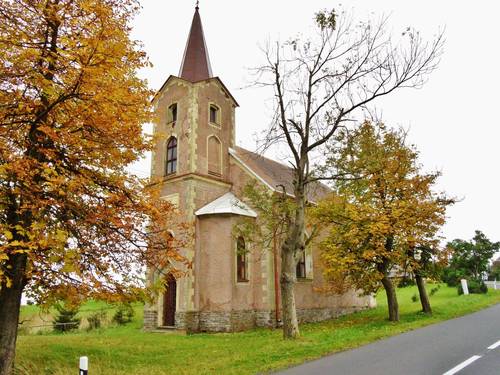 When walking in this scarcely populated area (only 4 permanent residents lived in Horní Halže in 2011, 110 in Medenec source: Wikipedie) you will be thinking about harsh live of the then inhabitants of the Ore Mountains. Prosperous years followed years of scarcity when low finances had to be replaced with revenues from other crafts. In the Thirty Years war, the land was in desperate state. People there were engaged even in glove making , lacemaking, woodcarwing etc. The land was entirely deforested in Middle-Ages. Iron and steel mills were known for huge consumption of wood coal. 1kg of silver required about 1 ton of wood coal. The coal production has been preserved in the Saxon part of the mountains near the town of Sosa . Hard daily work and severe climate (only couple weeks of summer, and more than 100 days of falling snow each year) created many cultural traditions that has been preserved more at the German side of the mountains. Following the resettlement of the Germans after the second world war, there is hardly anyone who would keep the traditions. 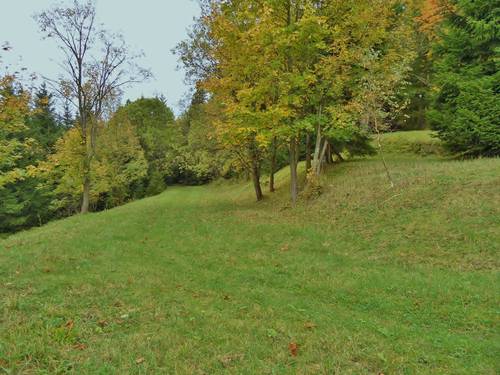