Architect J. B. Mathey took care of the rebuilding of the prelature, the 3-storey granary and the church of St. Wenceslas. Architect Santini was in charge of rebuilding the convent where the conditions were very demanding due to swampy soil. Instead of drying the soil, he used water to build the foundations and protect them naturally. Do you wonder how he did it? 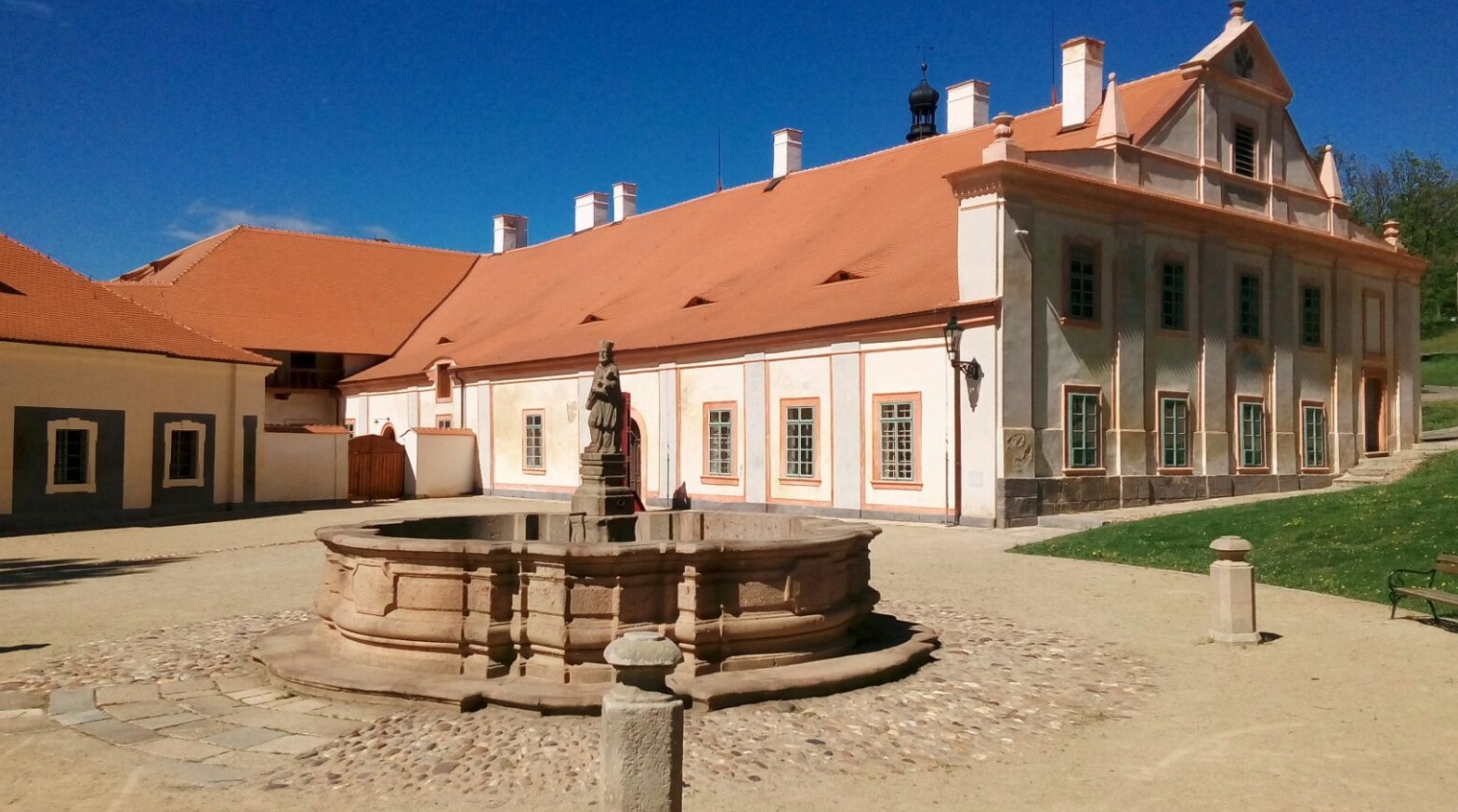 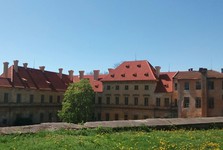 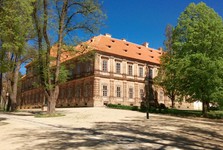 The entire base of the convent is built on wooden pilots, allegedly 5,100, that are knocked in the ground. There are wooden beams attached to them and on the top stand the building. Under the whole convention there is a tangle of water channels that keep the wooden foundation of the building constantly underwater. For this purpose, a watermark was created to show the height of the groundwater level. It is a simple device visible from the main staircase of the convent and it looks like a small pool. 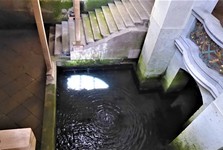 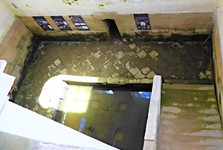 The main staircase itself is also a great attraction that will surely excite you during your visit. This is a so-called self-supporting stairway which stand without any wall support. 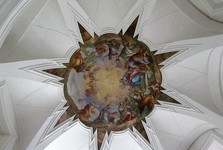 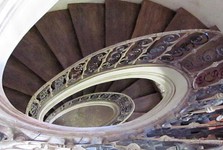 There are many other places in the monastery, but if I told you everything about them,

you would miss a lot of magic into it. That is why I will tell you only briefly what you may expect there. For example, the granary, which houses the clock tower, the Church of the Assumption of the Virgin Mary, the prelature, where there were important meetings, the tomb of the Metternich family and many other places. It depends on how you choose to visit the convent when you visit the monastery.

There are various rumors about the monastery. According to one of them, Vladislav II founded it in Plasy. He got lost in forest while hunting deer. Exhausted he fell asleep under large lime tree. The prince had a dream in which he rode on a horse among huge army. Battle cry was to be heard everywhere. On the banners waving in the wind he spotted the sign of the cross. Suddenly, the army vanished, the prince heard the bells and the sweet tones of the music. After a while, he found himself in the city. In the next moment, he was kneeling, and he felt someone put a royal crown on his head. Then he woke up and realized it was just a dream. 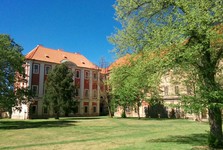 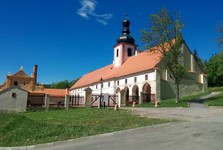 After a while, he fell asleep again. He had another dream, in which he saw a blooming valley, and the surroundings were filled with the voice of singing monks. The vision faded away, and the prince saw a huge snake climbing out of the ground and straightening up. Vladislav II woke up and jumped out of the ground. Suddenly a bear chased him. The prince grabbed a spear and struggled for his own life. He was a skillful hunter, so he managed to kill the bear with a dagger after a long and tedious fight. The prince fell to his knees and thanked God for salvation. In his gratitude, he had built a monastery by a linden. On the roof of the monastery he placed the reptile from his dream. 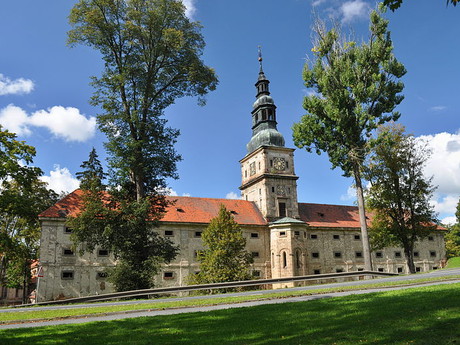 If you like making walks in nature, I have one more tip for a short trip around Plasy. To be more concrete, it is a 3.4-kilometer nature trail. During the trip you will meet 9 information signs that will tell you the history and all the information about Plasy. In addition, you can learn about interesting animals that live in the area. I certainly recommend you to taste the spring of health that you find in the Prelatka spring. Locals have renamed to Prdlavka.