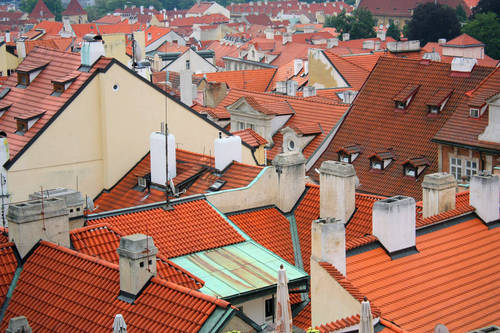 When I was a teenager I was sorry that we do not have sea here in the  Czech Republic. But as time goes by, I'm actually proud of Bohemia, particularly to New York, where we have a lot of beautiful and admired tourist attractions, which in turn they do not have a dream for the traveling sea look back to where the mentioned tourists traveling to us. Prague is considered one of the most beautiful cities in Europe.

I would like to introduce you to some landmarks in Prague.

Prague developer to its present form some eleven centuries. In the past, the historic capital of Bohemia, was the seat of Czech princes and kings, Holy Roman Emperors and the capital Czechoslovakia. 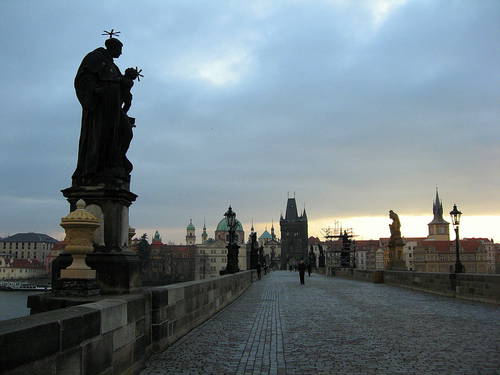 The most significant Czech monument of Prague is a place where the history of the Czech state was made, Prague Castle. The largest castle complex in the world, which stands on a rocky promontory overlooking the Vltava River in Prague. Prague Castle is the seat of the President in 1918 and is listed on the UNESCO World Cultural and Natural Heritage. The castle consists of an extensive set of palaces and ecclesiastical buildings of various architectural styles. This historic core is visited each year by millions of tourists from all over the world, which Prague is one of the most visited cities in Europe. 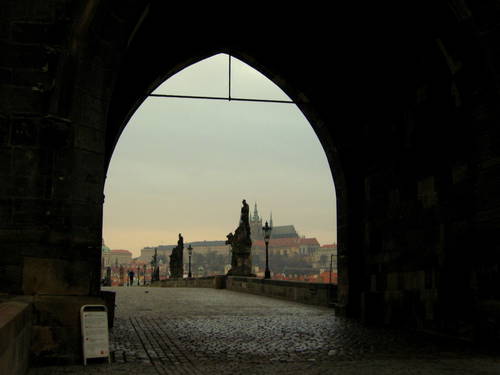 The main landmark at Prague Castle is the Cathedral of St vitus, Wenceslas and Vojtech. It is a peak of gothic architecture. Here are the Czech crown jewels and is also a traditional place of coronations of Czech kings and queens and their last resting place, in which are buried many Czech rulers (including the four emperors), noblemen, bishops and archbishops of Prague, spiritual as well as a large part of Czech saints and provincial patrons (St. Václav Vojtech Vit, Jan Nepomuk or Zikmund). 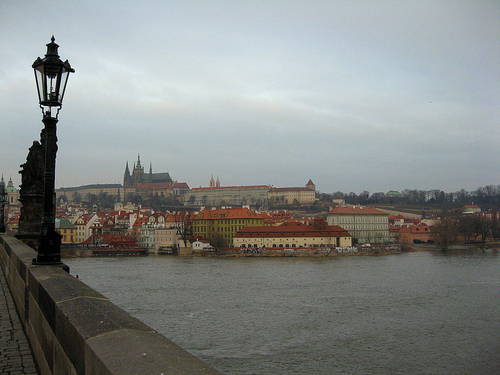 Next, I would like you to invite you to the Charles Bridge , which provides magnificent view of Prague Castle. It is the oldest standing bridge across the river Vltava and the second oldest bridge in the Czech Republic, on which thirty mostly baroque statues are located. Through them Prague has become one of the main stops of all tourists. Some of the baroque statues were replaced by copies. One third of them are not originals. 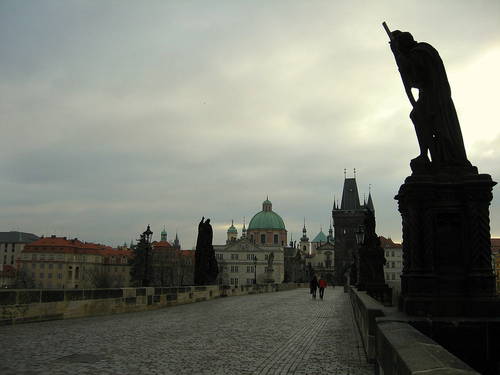 Originally, the bridge was known as Prague or Stone bridge. Its present name the Charles Bridge, the bridge got around 1870 on the basis of an earlier initiative of Karel Havlicek Borovsky. It is almost 516 m long and 10 m wide and connects Old Town with Mala Strana . Charles Bridge is the most beautiful medieval Old Town Bridge Tower in Europe. On the other side of the bridge towers, two different high Mala Strana bridge tower - the guardian of the Charles Bridge. Gate between the towers in our past ran royal coronation processions. 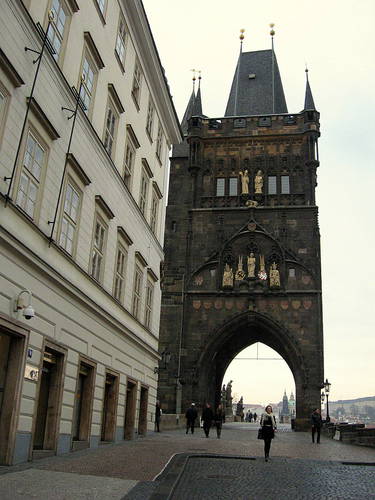 Also I would like to share with you one fact which was in my early years, my "secret" and that little is known. Whenever in my youth I walked across the Charles Bridge, I was drawn to one place, which I had always had to "touch". Located roughly in the second period of the bridge on the right side toward the Lesser towers at the statue of St. John of Nepomuk. 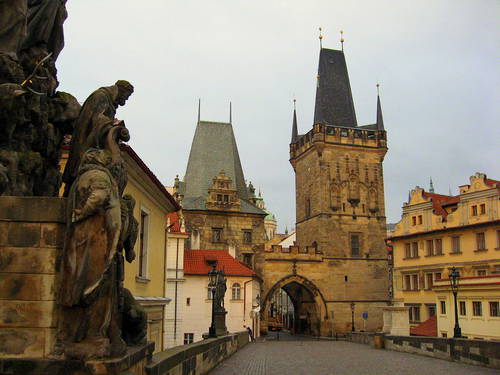 I will tell you how to do it. The parapet is embedded dual arm brass cross to lay his left hand, next to the brass knob you touch your right index finger and the third time you step your right foot on the brass cylinder, which is located right on the ground. Legend says that those who touches these beautiful polished brass attributes from millions of visitors reaches, he will meet his wishes! 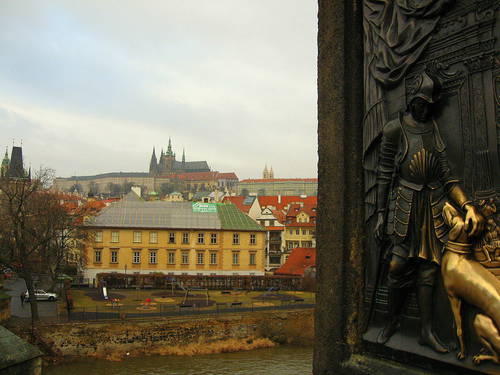