On the border with Sumava National Park

Susice is very impressive former royal town in Sumava. It spread on both banks of once gold-bearing river Otava. More then 11 people live there so it is rather large town, at least in the district of Klatovy. “Gate to Sumava” is how the town is nicknamed, as Klatovy that is 30 kilometers from there.

It is more vibrant in summer than when winter rules over Sumava. Despite Susice has to offer wide variety of services it is an ideal place to start a hike or horse ride. Or, as a matter a fact, also canoe, kayak, or raft. Every paddler knows that dry summer means paddling through shallow, rocky creek of the Otava. Sometimes it resembles rather being a horse carriage than a cool and easy water ride. 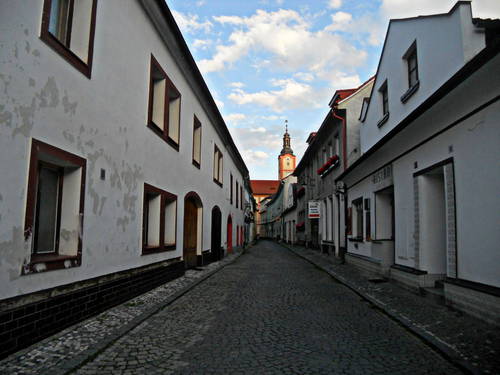 As for horse rides, even from the very early morning when forest in Sumava wake to a new day and you from foggy valley ascent high that sun rays warm you up while autumn plays with colors of leafs… No other commentary is necessary. Suamava National Park can enchant anyone at any season. Winter is, compared to the rest of the country, pretty harsh here in Sumava 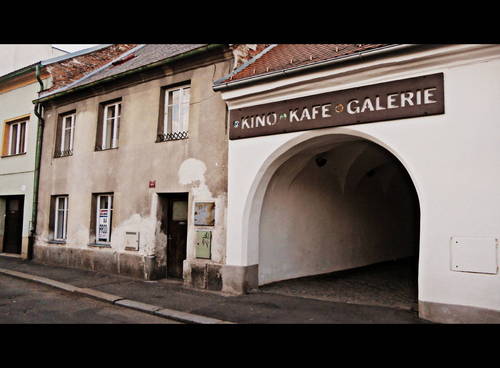 Susice has many historical sights

Susice is, however, beautiful mostly in summer. Its historical center is a protected landmark zone. Its center is a square with many beautiful town houses, fountain, and, of course, town-hall. 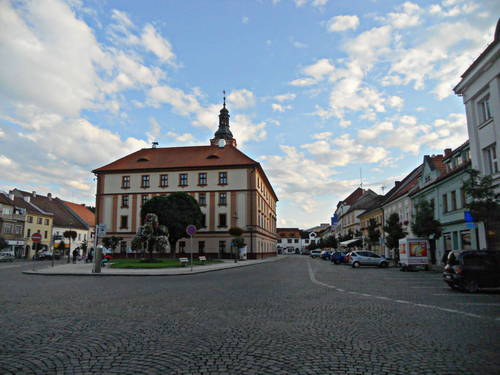 Some might mistake Susice town-hall for a church as it is situated in the center of the square. Its size really resembles a church rather than a building where municipal officials sit. Also, a large tower with clock might confuse some. It is, however, one of the largest town-halls in the Czech Republic. Also, an Empire-style fountain is large. It is a work of a stonemason from Horazdovice. He made it in 1783. 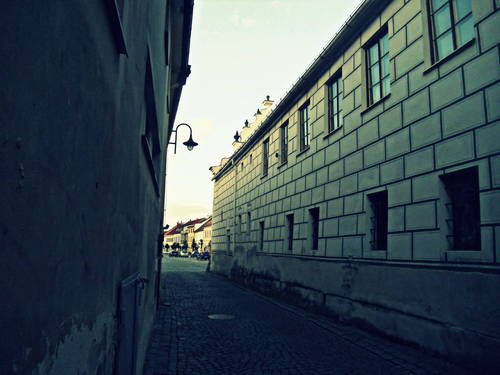 Historic center of Susice wouldn’t be that beautiful without houses creating easily noticeable edge of the square. Despite many fires the city managed to preserve Krocinovsky House, Rozacinovsky House, Old Pharmacy, and Voprchovsky House. In the latter the Museum of Sumava resides. All were originally built in the Gothic-style, and later rebuilt in to the Renaissance-style. Except Krocinovsky House, former Hotel Fialka that was rebuilt in the Baroque style. There are many more beautiful and priceless historical houses in Susice. Some are located at the square, some are scattered in the town. Also, Svatobor observation tower offers an interesting view over Susice, or the same applies to Chapel of St Guardian Angels that is situated on STraz Hill near the center of the town. 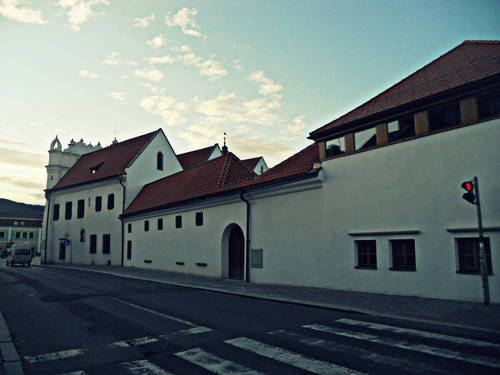 North of the town is more industrial. There is former match factory Solo Susice that ceased its production in 2008. Today it continues under the company Solo Matches and Flames. It also produces lighters, firelighters, candles, and other products.