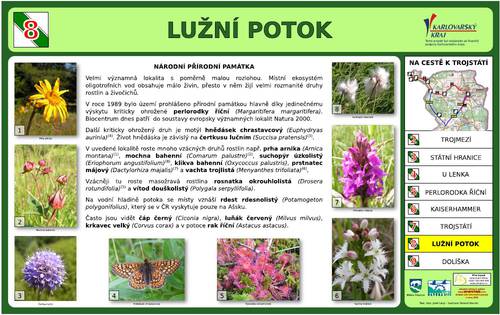 The start of the „Na cestě k Trojstátí (On the way to Trojstátí)“ nature trail you may find at Masarykovo Square in Hranice town (the District of Ašsko). The nature trail describes natural wonders and historic milestones in the area of Trojstátí. The track leads along the red tourist marking to the meeting point of three “states” – Bohemia, Bavaria and Saxony. If you don’t want to go there from Hranice town, then you can set out from Trojmezí settlement, there you can leave your car on a parking lot nearby fromer pub from there you have to walk approximately 4 kilometers. The whole circuit, 18 kilometers long, has 9 infoboards and on every 4th kilometer you may rest can rest at small shelters. 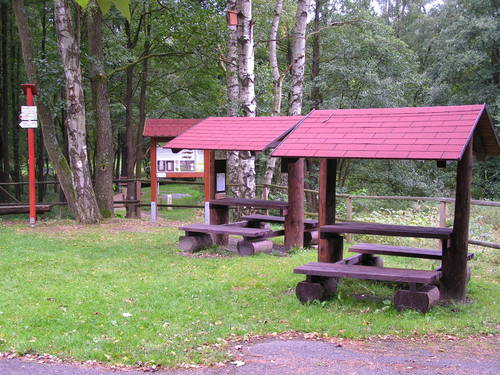 The track is easily accessible by bike or just by foot. The only trail that will get you to Trojstátí goes through the area of former Kaiserhammer settlement. The trail goes through distant, mysterious and jagged terrain, clean nature and places that were forbidden before the year 1989. The then closely guarded territory is today a suitable place for tourism, relaxing, mushroom hunting and various sports. Only ruins remain of the former settlement, mill raceways, wells (e.g. Trojmezná), or fruit trees. The latter remind once prospering land. On your way you will also see a cross of conciliation, a relic of times when there was an important trade route. 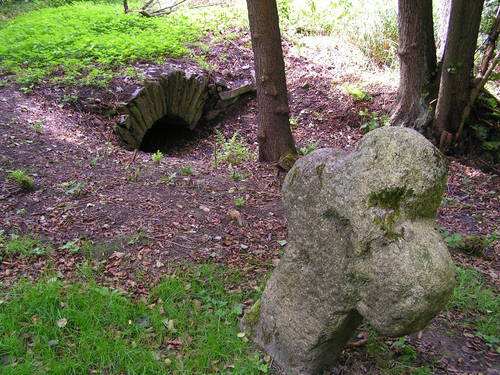 The peak of the nature trail is a distant place in the middle of quite nature, its overall harmony is topped by the River Rokytnice, which flows here, and by bird singing in treetops. Historic borders of three states – Bohemia, Bavaria and Saxony – meet here. The fact that you are at a place of great historical importance is suggested by valuable border stones from 1844, there is writing on them stating: DB (Deutschland Bayern), DS (Deutschland Sachsen), C (the Czech Republic). There is also a border stone market as 1/1 – the first in the Czech Republic. Trojstátí itself lays in a rivulet between these stones. Before you leave Trojstátí, don’t forget to put your signature into the guestbook. A price for this would be an opportunity to impress a stamp that is located in a mailbox of elf Trojmezníček.

If you wanted to walk through the whole nature trail you have to continue along the former borderline that leads through a dense forest. On your way you will get to a unique biotope of marshlands you can cross, there is an infoboard devoted to precious flora and fauna. You can get back to Hranice if you go around the Pond Dolíšek, which used to be a drinking water reservoir. 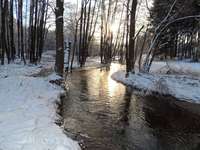 The four main aims of the nature trail and few additional information:

The Lužní Potok and Bystřína National Protected Area is included to the Natura 2000 system. Among the greatest rarities are - the Freshwater pearl mussel and the Euphydryas aurinia. There are also many critically endangered species both flora and fauna such as carnivorous plant Drosera rotundifolia , beautiful Orchidaceae plant the western marsh orchid , interesting fish such as The European brook lamprey, the European bullhead, the burbot, or a bird of prey the Red Kite. The trail sheds light on a function of biotopes, their importance and the relation of animate and inanimate nature. Local volunteers support sustainable development of the area during regular events devoted to renovation of local nature and landscape. 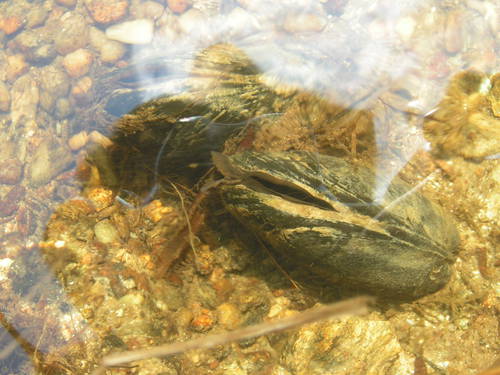 The above-mentioned locality has gone through many milestones of Czech history since the 12th century, in many things it has its specifics compared to overall historical development of Bohemia. These specifics are mentioned on the nature trail and thus introduce them to visitors. There was an international trade route since time immemorial. The area had developed mainly due to administration of the Zedwitz dynasty, it used its specific rights and it had its privileges. In 1844, there was placed the first border stone marked as 1/1 during military planning of the borders. Life was quite colorful there; small had flourished (Kaiserhammer, Gottmannsgrün). Two days before the signing of the Munich Agreement there was already the German army ready to attack April 18, 1945 – Hranice is the first town in the Czechoslovakian Republic liberated by the American army (the army entered Czechoslovakia through places known as Kočičí hlava v Trojmezí). After the year 1948 whole villages have to pull back from the Iron Curtain, the area becomes a closely guarded territory and life vanished. By the 13/9 border stone the Czechoslovakian Iron Curtain emerged, the first company of the Czechoslovakian border patrol was deployed there. . After the year 1989 the territory got a new position however, its potential hasn’t been fully exploited. It is a paradox that thank to the fact that territory was closed nature could develop there unique natural associations. 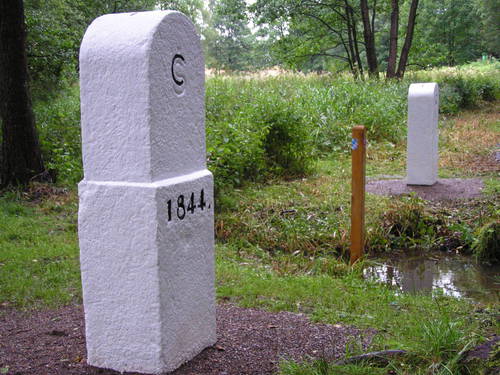 Elf Trojmezníček will guide you along the trail and make it more pleasant not only to adults but, particularly, to kids. There are few paper sheets, games and tasks related to the pedagogy of experience. Visitors can diversify their time spent on the track via prepared activities, they can learn about nature via human senses. Working sheets are placed along the main trail. In Hranice town you can find also an Ecoschool that endorses activities related to local nature and maintains the trail.

The Hranicko district is usually forbidden in the context of the Czech Republic despite the fact it has a lot to offer. At Trojstátí threre is an important European bicycle trail of the Iron Curtain, EuroVelo No. 13. The nature trail tries to present the place in an interesting way and it also offers comfortable facilities. 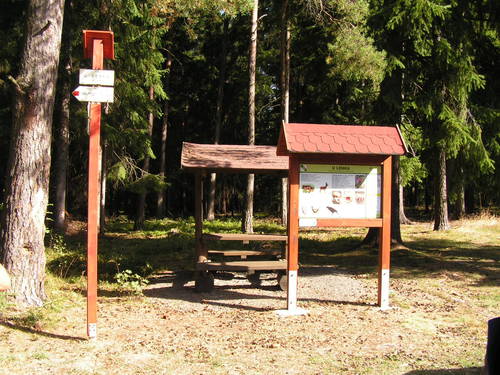 The maintenance is provided by several volunteers from Hranice who will also kindly guide you through the trail if you ask them ahead. The place is always clean and ready to rest, even during winter it attracts cross-country hikers. There is sufficient snow. However, the best period to visit the place is in May-September period.

There are regularly held several events:

- in spring there leads „Bicycle trip “ trail across three countries

- two times a year (spring, autumn) there is a voluntary cleaning and restoration of the above-mentioned places