Strekov Castle is a favorite place for tourists as well as people living in Usti. It is them who take short trips to Strekov, usually also with a good lunch or coffee. The take a hike mainly due to a view of the Bohemian Highlands or the Labe zigzagging in its creek that heads beyond the borders of Bohemia to Germany.

Lucemburk wanted the castle but he did not have the money

They say that Strekov is the most romantic castle in Bohemia. Well, to call it a romantic ruin would fit better the reality. It is no coincidence that this castle was built above the river. Today as well as in the past, around the year 1319 when King Jan Lucembursky built Strekov, the visitors are looking down at the river. Today they do so to kill time and to enjoy the view. Before it was mainly due to the duty that made them to protect visitors from thievery or murder. Strekov was a stronghold that had to keep navigation on the Elbe safe. Also, it made some sort of a tariff zone. The symbol of the city of Usti nad Labem the castle became much later. 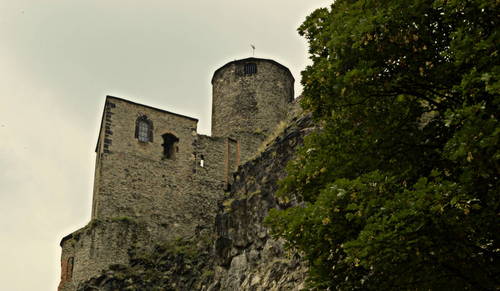 Also problems with the castle’s construction are very interesting also. An idea to built a guarding castle was really of Jan Lucembursky’s. However, to make it real it was necessary to have money which Lucembursky did not have. Or he saved them for something more important. However, he wa clever enough to persuade Pesek of Vietmile, a rich townsman, to built the castle at his own expense. As a reward, the king gave Pesek the cliff where the castle stands and lands too. Also, he promised him to give him hereditary right for his new possessions. Pesek agreed. He built the so-called Big Construction on the cliff. A two-storey building was sold after a year. New owners were the Vartenbergs who remained there for about a century. 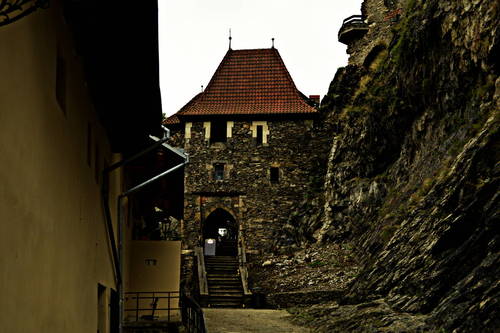 Hanus Glac built a chapel there. He was an owner of tin mines in Krupka. The last notable owners of Strekov were the Lobkowicz’s. They owned the castle since 1563. Despite various wars and unrests Strekov was not damaged. Only during the Seven Years’ War when the chapel at Big Construction was damaged. Afterwards, Strekov’s fame vanished. The castle remained deserted until the beginning of the 19th century. When romanticism became popular in Europe, some agricultural buildings were built at Strekov as well as Wagnerka restaurant and its terrace which has been there until the present. 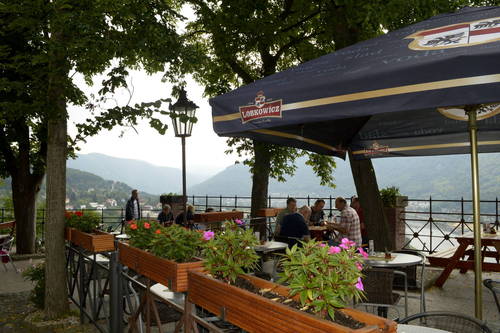 Since 1953 the castle had been a state owned castle. Soon the Czech Tourist Club owned it. Following the restitution in 1992, it was given back to the Lobkowicz family. The Lobkowicz’s beer is to their honor served and drank in Wagnerka, a Gothic restaurant as well as at a medieval terrace. Strekov is also haunted, depending on amount of consumed alcohol. They say there is the ghost of landlord’s daughter. Due to unfulfilled love she terminated her life when she jumped from a cliff. The love of her life was a poor stable boy that she was forbidden to be with. He died in a dungeon and she appears in Strekov usually during rainy nights to these days. Her ghost climbs up to the cliff.

Another "ghost" in Strekov is composer Richard Wagner , who allegedly tried to find inspiration at Strekov in a very peculiar manner. Apparently he walked at night wrapped in a sheet around the castle until a poem - later the basis for the libretto of the opera Tannhauser, was born. Well, there is a board with the name of the master, who worked at Strekov formed, hanging over a covered staircase. There are special night tours. 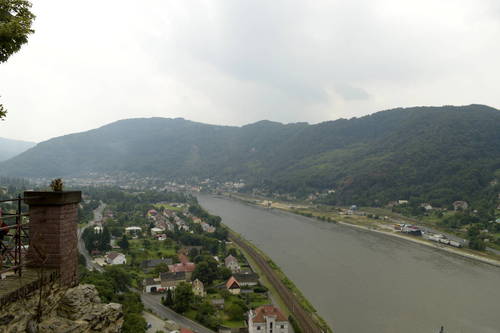