Prague is the second highest peak in Brd and is also one of the most visited. The hill was probably named after the Archbishopric of Prague, which owned this area until the middle of the last century. It is recognizable thanks to meteorological radar near the top of the hill. There are only two buildings of this type in the Czech Republic, the other is on the Skalka hill, which belongs to the Drahanská Highlands. Hikers often also head to the remains of the radar station (from the signpost at the meteoradar area, a turn of the yellow tourist sign leads to them), but the actual top of the hill is hidden a little to the side and is quite inconspicuous. There is no view from the very top, after that you have to go to the mentioned remnants of the German radar station or to the popular Čák's lookout, from which wonderful views of the Rožmitál region open up. 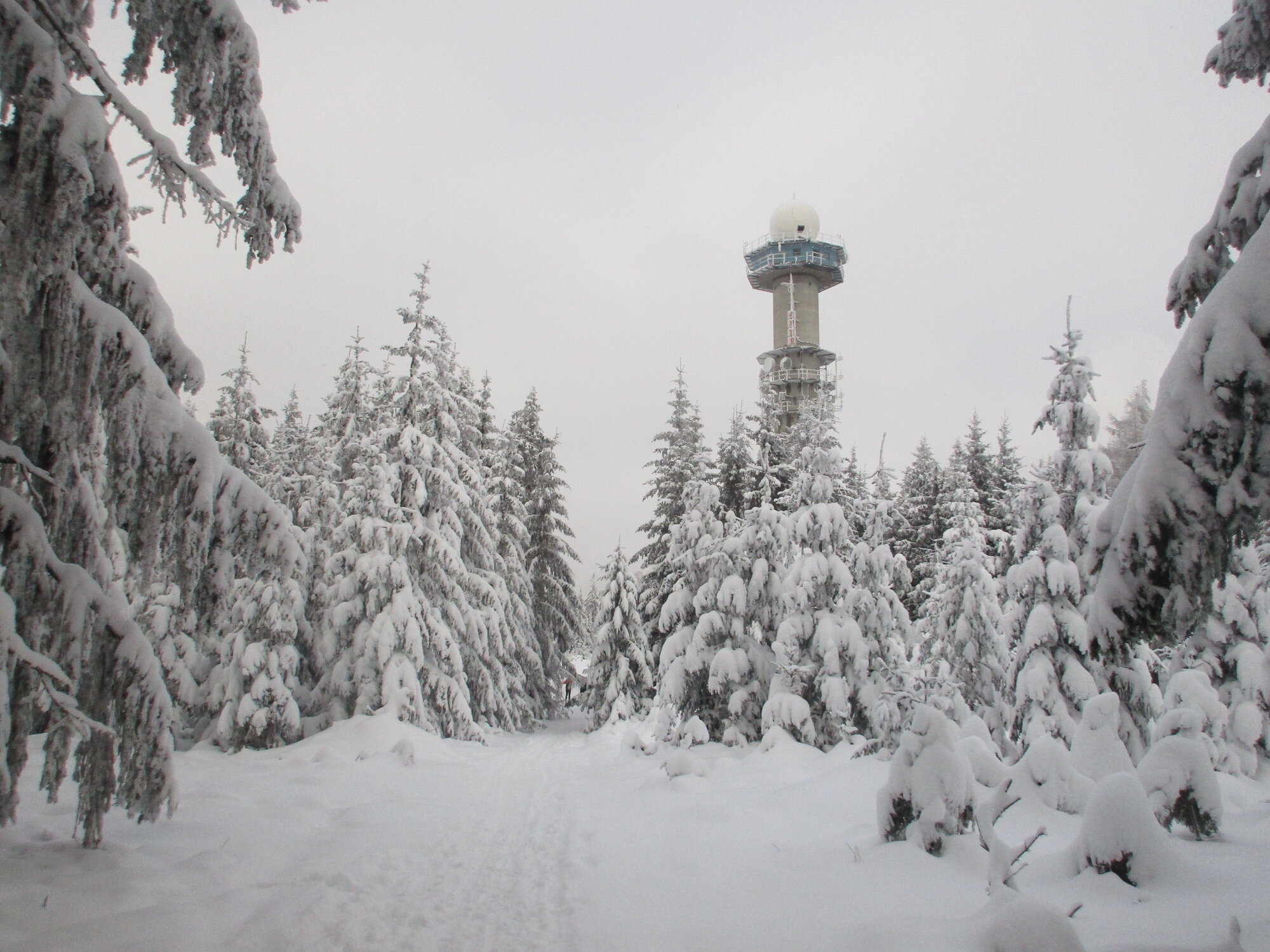 How to Get Up on Prague Hill?

It is the closest to Prague from Nepomuk following the blue tourist sign at the U Sv. Jana and then along the yellow road along the Tocká forest road to the very top of Prague. The road passes through the places where Jánská bouda used to stand, which today is reminded only by the remains of masonry and a sign on a tree. The next route leads from Nepomuk from the forest administration building along the asphalt road and then along the Sýkorová forest road and the yellow tourist signs. 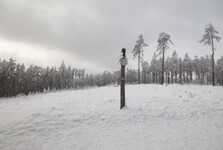 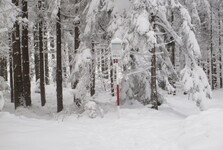 Nice routes also lead from Láz. From Skelná huť, which can be easily reached from the part of Lázně called Žernová, a blue tourist sign also leads across the Pod Plešcem crossroads with a tourist shelter to the mentioned U Sv. Jana. From Lázně, however, you can also take the Andělská forest road, which will also take you to the Pod Plešcem crossroads. Those more able can go from Skelná huta through Brdce and continue to Prague around the U Břízy hut and through Malý Tok. 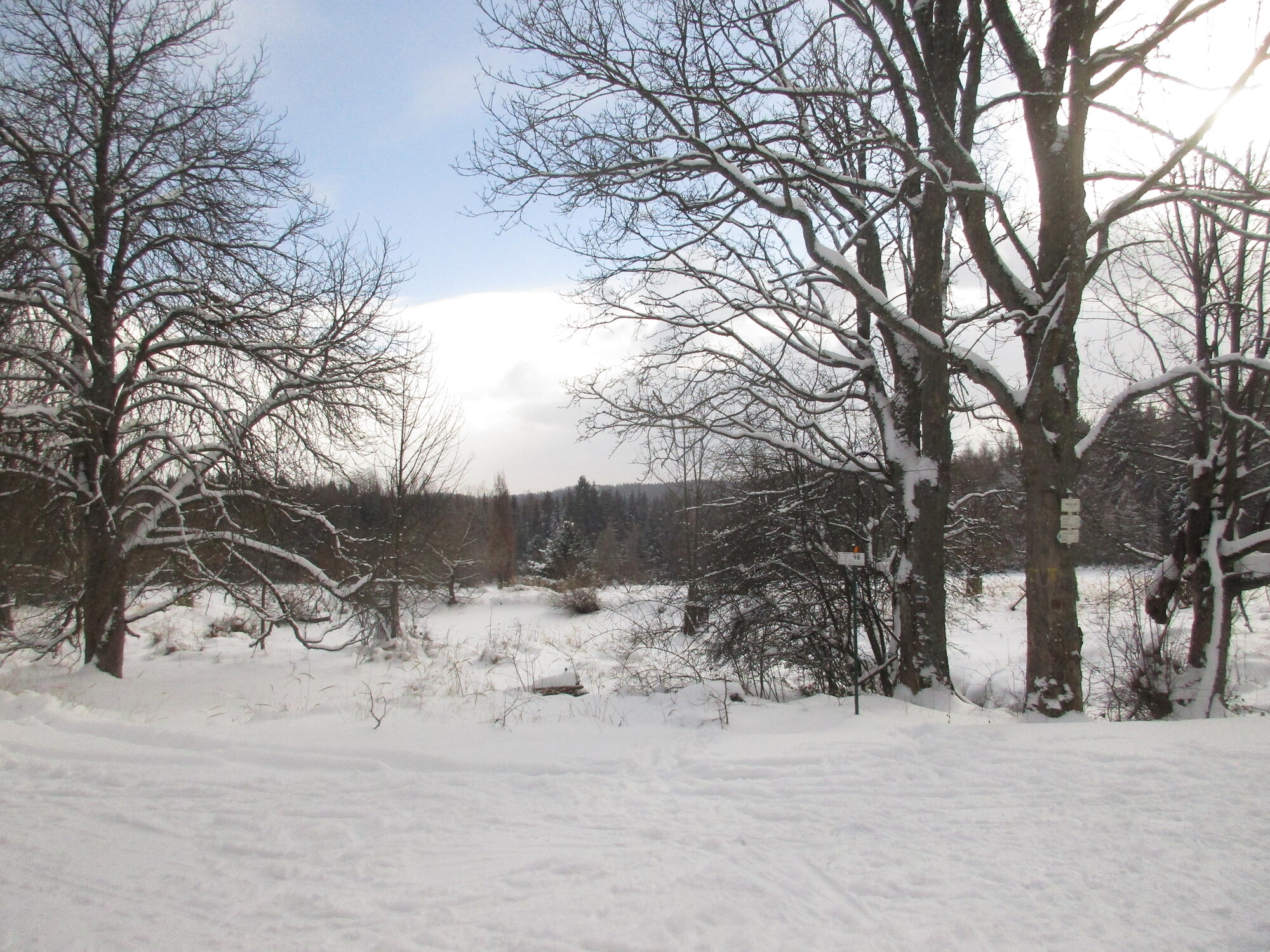 The mentioned Malý Tok is also worth attention. Most tourists pass its peak unnoticed, and it does not occur to them that they have just passed the third highest peak of Brd. In addition, it is also an important 1st order trigonometric point. Even under the snow, you may see the remains of a brick pillar. From Malý Tok you can continue, for example, to the U Břízy hut and to Hradiště, which also belongs to the Brdy octopuses. In the opposite direction, a nice route leads, for example, to the places where the Na Rovinách game preserve used to stand (the building is transferred to Nepomuk and the forest administration is located in it), the more able can reach, for example, the Padrť ponds. 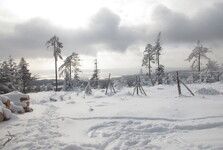 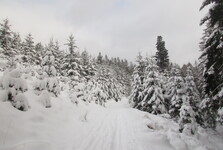 Roads can be sprinkled in places, and in some places logging can also take place, so be especially careful when going downhill. Fallen trees can also surprise you in some places.