The park was opened in August 1843. Were you interested what amusement park is actualyl the oldest you don´t have to travel to far away. Well, you actually stay in the same country. Just move to Klampenborg town. The name of the park in this town is Dyrehavsbakken. We don´t want to spoil too much for there is going to be article specially focused on this park. We tell you only so much that this park existed several hundred years before Tivoli. 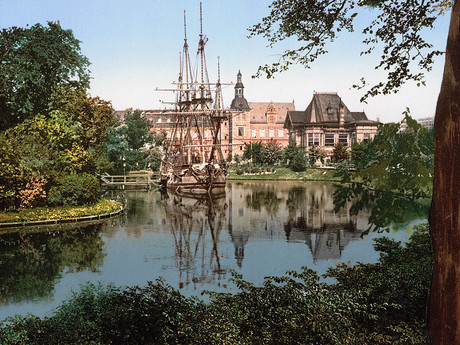 The park was founded by Danish military officer Georg Carstensen who received a decree from King Christian VIII. Carstensen claimed that creating an entertaining place for people would stray them out thinking about politics.

There were many attractions right from the outset of Tivoli´s existence - flower gardens, simple railway, fairy wheel, theater or a restaurant. Many attractions found their inspiration in the Middle East or the Orient. Carstensen spent in the former region long time during his childhood while in the latter he served as a soldier. Soon after the park was opened, he stated that the park would be never fully completed. Truth indeed. The park wouldn´t be much successful had it not been upgraded and remained in the 19th century. On average, 4,7 million visitors a year visit the park. And the numbers have been rising. 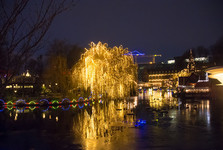 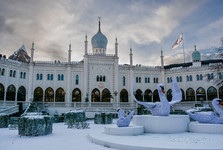 And Tivoli has been expanding as well. Today, there are four roller coasters and many other attraction. The oldest roller coaster is just the Roller coaster (Rutschebanen), built in 1914. It is not spectacularly fast though - the speed is "only" 50km/h. It´s has mountain theme. 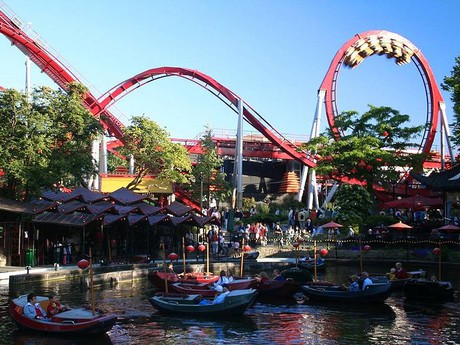 The newest addition is Daemon. It was built in 2004 and the ride is much more thrilling than anywhere else in the park. The speed of a cart is 77 km/h, you ride through several loopings or a zero-G roll.

Star Flyer is one of the newest ridest and also the largest. It is one of the largest carousels in the world. It is attached to a watch tower of total height of 80 meters. You are going to spin in the speed of 70 km/h. 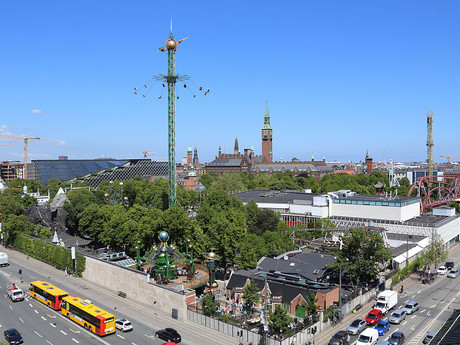 The park gets special decoration on Halloween and Christmas. Various events take place there during these seasons. In the summer, you can look forward to seeing numerous fireworks going off in the sky.