en.infoglobe.cz » Do You Know That? The Smallest Exotic States Of The Word I.

Do You Know That? The Smallest Exotic States Of The Word I.

Published: 7.8.2011
Macao, Nauru and Tuvalu - these are the smallest exotic states of the world and a target of our next travel excursions. A view at the way of life, history and tourist places of interest of these mini-states could be approached with today's first chapter, dedicated to Macao, situated in South Asia. 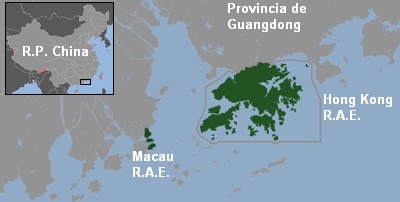 Today, we have a look at more remote and more exotic places of our planet. As far as the total survey of those smallest states is concerned, this is Asian state of Macao, the third one from the world´s survey. Macao is former Portuguese colony, spreaded at the coast of South Chinese sea. Making comparison to the neighbouring China, a giant, it is nearly invisible point in a map. Macao past is connected with two states only, i. e. with China and Portugal. The first named neighbour had its supremacy and control above this territory at an extent of nearly 30 square kilometres since time period of the 3rd century B. C. to 1553, when the Portuguses seafarers (and colonists later) corrupted local officers and obtained a right to moor and make the business within scope of this port-town, and later with the rest of Great China.

The cooperation was in big boom,so even Portuguese influence grew, and later a number of Portuguese immigrants from South Europe improved. However, at the end of 17th century, mighty power weakening of Chinese Dynasty led to obligatory negotiations regarding international cooperation, and the Portugal obtained the Port of Macao under its administration, and it was stipulated for unlimited time period. This reality was valid till the end of 1999, when, by unification, long-year endeavour of Chinese part, as far as re-possession of hegemony, with preservation of strong autonomous sovereignty of this rich port-town, and later even of Great China, was finally reached (won), similarly, as in case of Hong-Kong, when the British left this area.

So, today´s modern metropolis became a paradise for not only open business but also for gamblers and night life in general. The town is getting its source from its Portuguese history, and you can very well follow numerous traces of traditional colonial architecture. Despite Chinese administrative power, you do not need Chinese visas (similar situation prevails in Hong-Kong, mentioned above). This fact is valid for all travellers from Europe. However, no direct flights from European towns to Macao are existing for the time being. You can get there, changing from neighbouring states, such

as: Thailand, Malaysia, China, etc. On the other hand, the vessel traffic to Macao is the most standard means of transport. From 70 kilometres distant Hong-Kong, the ships are navigating regularly each 15 minutes. To tell the truth, for your visit to Macao, one or two days are fully sufficient. The accommodation here is 50% cheaper - a room in three star hotel costs approx. CZK 500-700 per one night. You can pay there, without problems, with HK Dollars at exchange rate 1:1. From tourist point of view, small historical nucleus is quite interesting, full of Portuguese colonial architecture. City centre is registered in UNESCO World Heritage Survey, dominated with rests of St. Paul Church, (including its well known frontal facade). As the second temptation, is concerned, it is omnipresent hazard atmosphere, gambling houses, and three gigantic casinos in modern quarter of the city. In general, Macao

makes an impression of bizarre mixture of narrow streets, similar to old Lisbon, in combination with description in Chinese language, shop billboards, and typical Asian whirl of night city. Anyway, similar contrast is visible in gastronomy. However, typical South taverna or coffee could be hardly found. On the other hand, the gambling and plays are phenomenons which are attractive. From this reason, Macao is mentioned as Asian Las Vegas, where Casino Grand Lisboa is dominating. Apart of this, European tradition could be met again in picturesque centre in small Taipa Island. So, everybody could find there his populat target, provided you do not look for there quiet holiday at the sea side.

Do You Know That? The Smallest Exotic Statest Of The World II.

Published: 14.8.2011
Nauru: it is an island which could be be hardly found on world map. Nevertheless, even such small states have their importance, and, no doubt, they cannot be missed in our survey of smallest exotic countries of the world.

Do You Know That? The Smallest Exotic Statest Of The World III.

Published: 4.9.2011
Bermuda Island - this is a target of our today's journey, visiting the smallest exotic states of the world. What about are offering these small islands, and how is standard of living there? And what about famous mystery of so called "Bermuda Triangle"?

Published: 4.7.2010
Hong-kong is a Chinese town, situated at the coasts of South-China Sea. Hong-kong belongs to very important economical as well as business centres of the area.

Do You Know That? A Town Placed On The Roof Of The World

Published: 10.7.2011
This time, we visit a city, situated at the highest place of the world, and present some information regarding such rough way of life and traditions of inhabitants from Bolivian mountains.

Do You Know That? The Smallest State Of The World

Published: 31.7.2011
Vatican, Monaco, or Nairo? To tell the truth, the smallest state and nation is really the Sea Mini-Principality not far from Great Britain!