As the year went by, the city boomed and the buildings getting to monumental scale  especially thanks to the presence of Catholic missions in the area. Churchs such as San Francisco, a cloister with white belfries, is the largest colonnial style building in the city and the oldest church at the same time. ve městě a také nejstarším kostelem. San Francisco square is one of the largest in Quito. It is made of volcanic stone. Initially, it was the main marketplace where goods of sea, the land of the Andes, and the Amazonia was traded. Santo Domingo and San Agustin cathedral (stones from Pichincha volcano were used to build it) are some of the other important religious buildings. 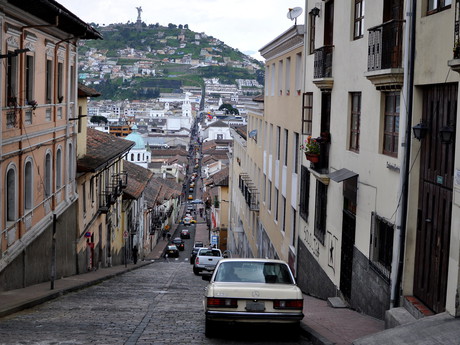 The historic center is part of UNESCO World Heritage. Plaza de la Independencia (Plaza Grande) is at the heart of the Old Town. In its center, there is a memorial to independence. The square is surrounded by large structures such as the presidential palace, archbishopric palace, municipal palace, Metropolitana cathedral with works of art by local artists. We make a walkthrough inside the presidential palace. They even take a picture of us at the begining and which they give us at the end of the tour for free. The palace is the true residence of the president. So the tour takes place only in the rooms which are not in use. Still these are worth seeing. One of them is equipped with a chandelier made in the Czech Republic. 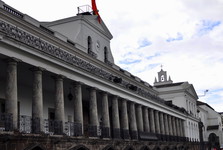 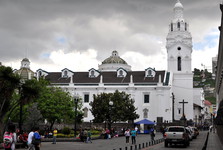 Calle García Moreno runs across the square. the street is also called Calle de las Siete Cruces (the street of seven crosses). There are 7 churches along the way. Earlier goods were transported down this street. Today, it is a nice historical showcase with modern stores. Our tour begins in the north and goes down south to Santa Barbara church. Then we go to La Concepción church which is actually the first cloister founded inside the city. The third and fourth cross belongs to Catedral Metropolitana and El Sagrario church; the fifth cross stands on La Compañía de Jesús church; the sixth cross and the seventh one are on Carmen Alto and San Lázaro chapel respectivel. La Iglesia Basílica del Voto Nacional would be the most impressive church. 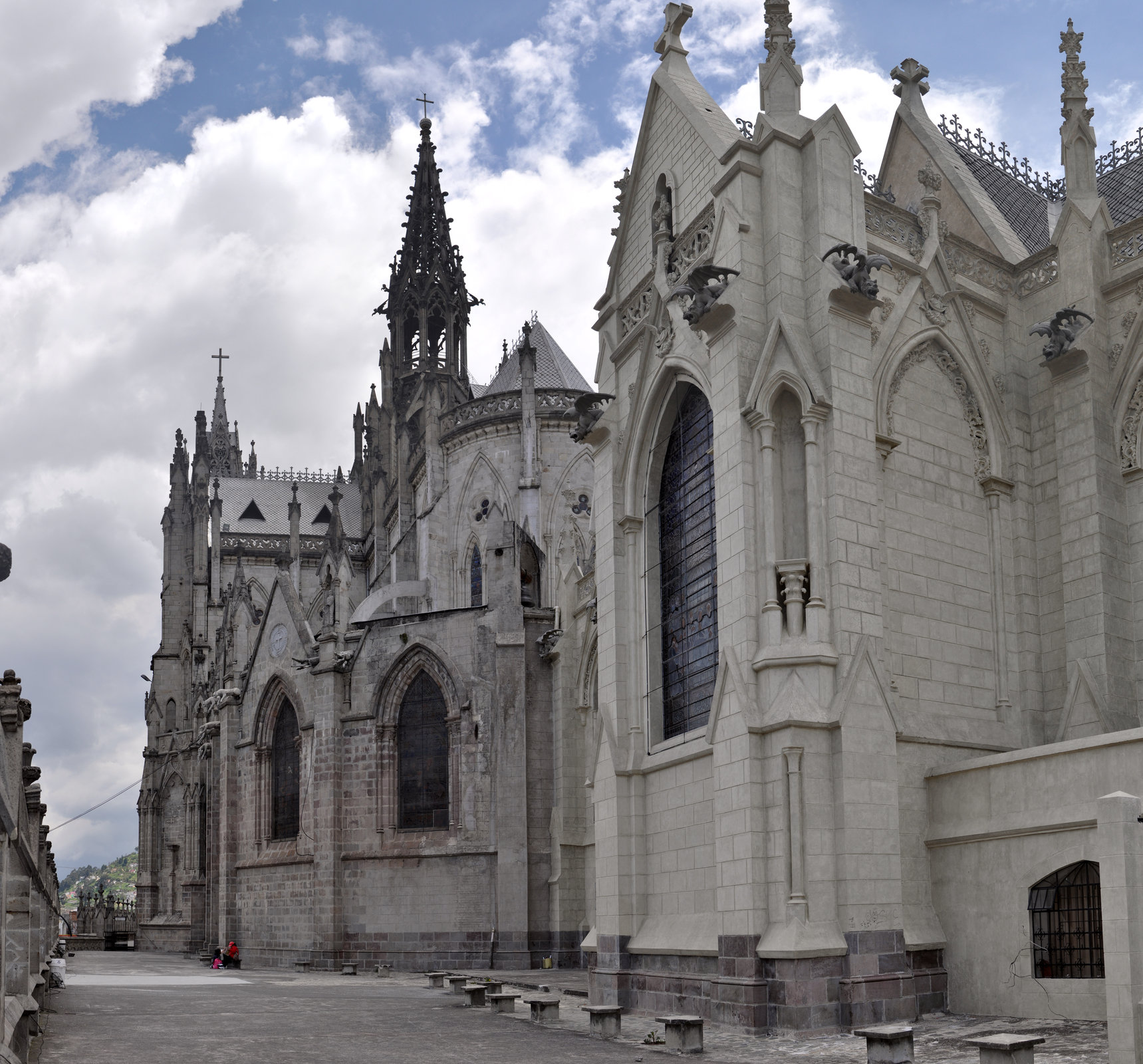 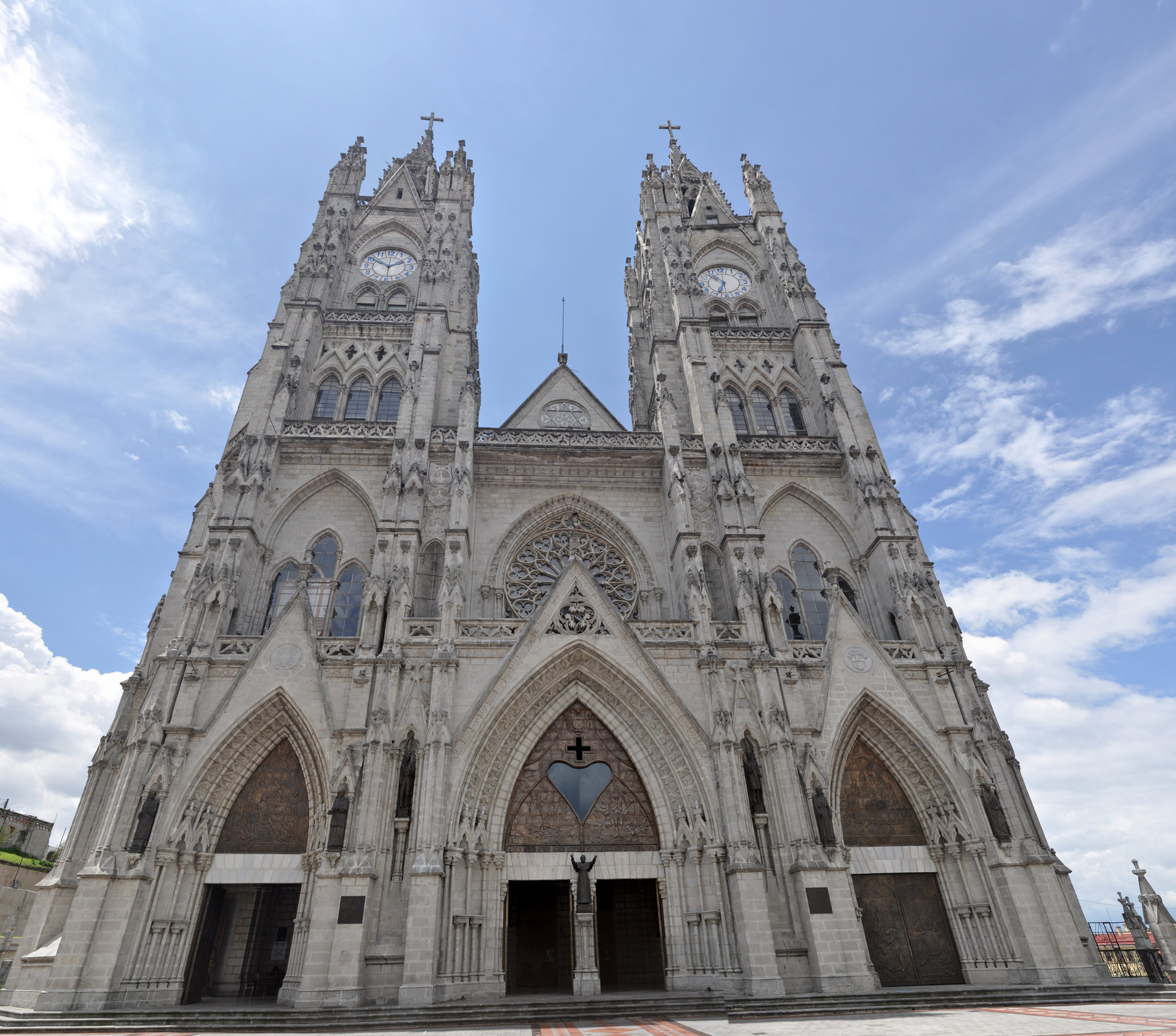 However, Quito is not just its historical center and colonnial buildings. It is

sort of the center of the world. The equator runs through it and we go to see Mitad del Mundo (22 km north of Quito). A French geodetic expedition worked there in the 18th century already. They were supposed to learn the position of the equator. They found it out in 1736. A memorial was built consequentially. Once the GPS technology was discovered, it was found out that the equator is acutally 300 meters to the north. Nevertheless, this is a major tourist attraction. In Museo Solar Inti Nan, a visitor can try some experiments in physics. For instance, you put an egg on a nail. It is here where the true equator is situated. The Ecuadorians don't like you to call it the new and the old ecuator etc. Both sights are relevant. Apart from physics experiments, we also learn some information on the tribes of Amazon. We have a guide and the tour is in English. 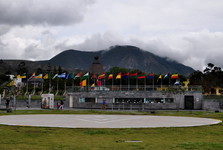 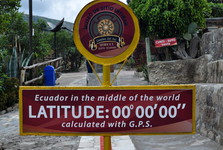 As we finally reach the Andes our intention is to enjoy the mountains. We decide to clim Ruca Pichincha (4 680 m). Therefore we need to get up early and get to the cable car.  Teleférico takes us up from 2950 m to 4053 m. It takes about 10 minutes and for the ticket price you get a return journey. The vista over Quito is amazing. We get up to Cruz Loma to 4100 meters Then we go on. We know we have to go fast for the weather usually turns bad in the afternoon. However, the altitude slows us down. The climb to the top takes around 3 hours. The trip is not very long actually yet the altitude is tricky. Sometimes, we even use GPS. Especially at the end when it gets cloudly. We reach the top but we see nothing. Still, we are glad we made it and go back down. It starts raining. Before we gat back to the cable car, rain pours heavily and it is stormy. Except several tourists we met on the top, nobody tries to get on the top of Ruca Pichincha. Paradoxically, we see that sun shines over Quito. We are looking forward to get warm as we are soaking wet. 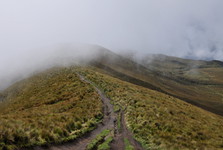 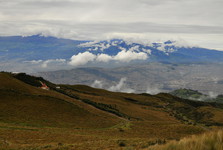