The origin of the nam Saraguro is not known yet it has been suggested it might mean "the land of corn" in kechan. The Saraguro people is the only ethnic that survived Spanish colonisation of the Loja region. Men wear black poncho and hat (originally with a wider rim of wool). Women wear skirt and black scarf. On head they have pelt hat with painted black spots on the reverse side. It is believed that their language and ethnicity make them descendands of the Incas who were resettled here from Bolivia or south Peru. The term for them is mitimaes - Inca settlers living outside the center ready to join the royal Inca army. 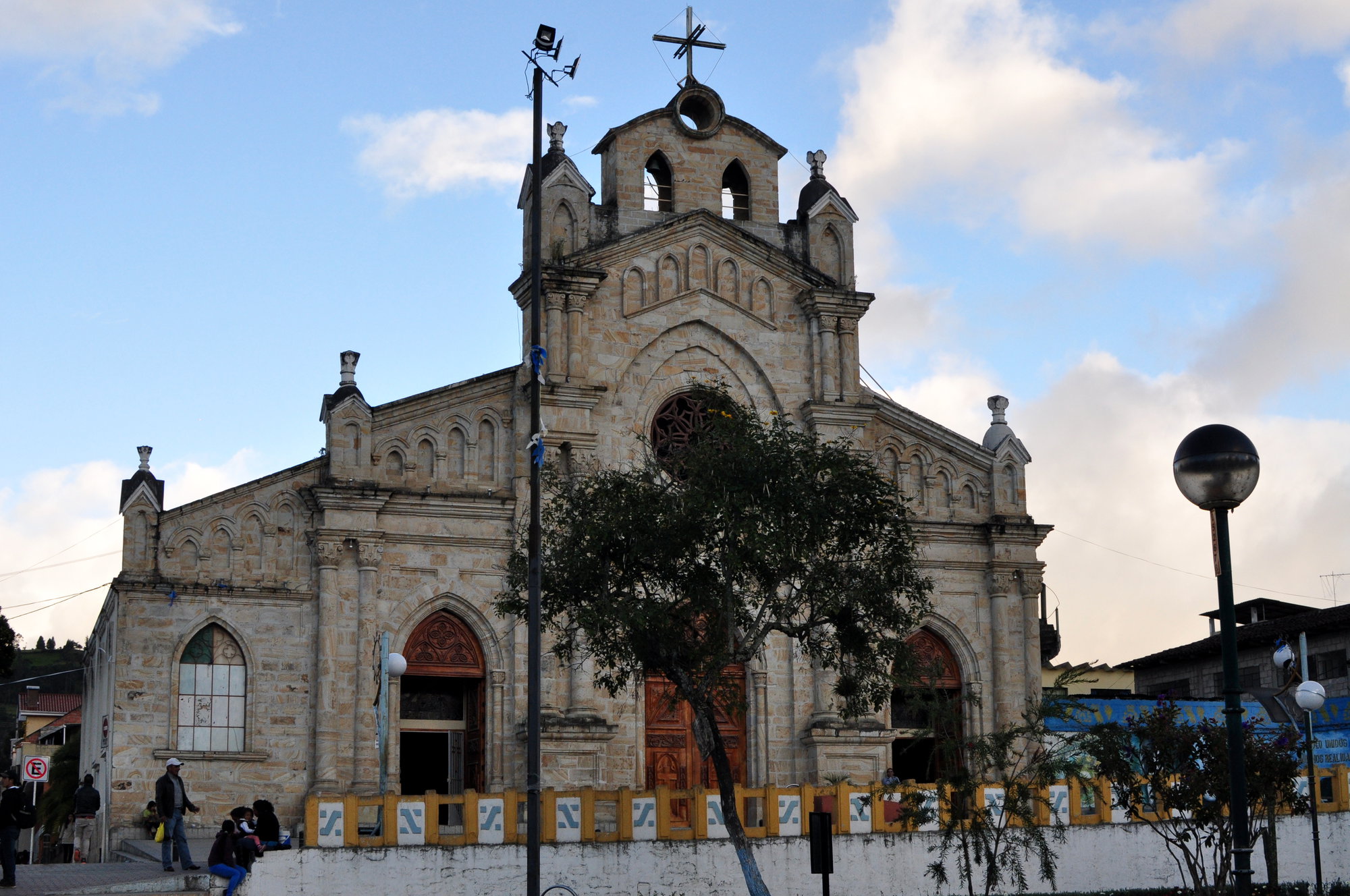 Sunday is the best day to visit the city. The Saragura people from near and far gather here. However, we didn't seen it for we had come too late. The city was already quiet and nothing left of the market. Moreover, it was raining. We were bit disappointed even though we would have made much photos. Locals hate when you take pictures of them and it can end up badly for you. It can easily happen that when taking a picture of say a church some locals could think you want to take a picture of them. They would shoult at you and show some agressive gestures. Exactly this happened to us in Loja. When photographing a memorial on the main square, an Indian sitting on grass off the range of our camera became so angry we thought he would throw stones at us. You can imagine how easy it was to explain to an angry Indian that you are actually taking pictures of not him but the sight. 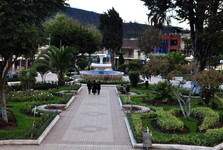 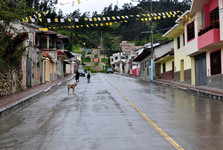 Loja has rich history and culture. Spaniard Alonso de Mercadillo founded this city twice. First in 1546 in what is present Catamayo valley and the location of La Toma airport. However, malary and devastating earthquake forced settlers to move the city and build it again in 1548. Loja is one of the oldest Ecuadorian cities. It was engine for many innovations in Ecuador, it was first to start with the production of electricity in its hydroelectric power plant. Street lighting was built in 1899. 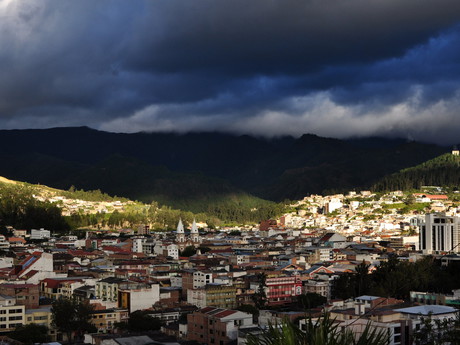 When arriving in the city center, we pass by Pierta de la Ciudad gate. At first, one gets the impression he is going through city's fortification or is getting into some fortress.

However, this gate built between the years 1998–1999 is a replica which was made on a basis of city's coat of arms from 1571. Inside the building, there are four galleries in the city showing contemporary art, a cafe, and there is a beautiful vista over the city on the belfry.  Parque Central with Bernard Valdivieso constitutes city's center. The square is lined with colonial-era buildings. You can find there structures which house government agencies usch as Municipalidad pr Gobernación de la Provincia. On the square there is also city's major cathedral Catedral de Loja that is among Ecuador's largest churches. Iglesio de Santo Domingo of 1600 is a church situated on Plaza de Federación. It has been said that the remains of city's founders rest in the catacombs of the church. Another square in the city is Plaza Simon Bolívar with hero's monument. Much more beautiful is Plaza de San Sebastián. It was here where city's dwellers gathered and declared their independence on November 18, 1820. 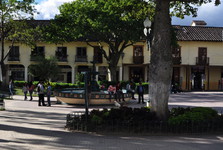 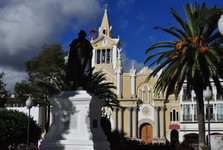 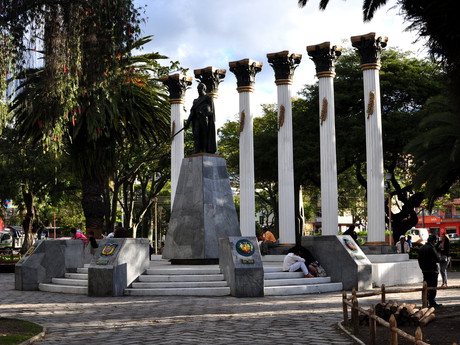 The cobbled sqaure is one of the most beautiful places you can see in this city. A 32-meter belfry makes square's center. There are four reliefs on the belfry depicting the most important events in city's history. Colonial-era buildings line the square on  its sides. The houses have wide vestibules, and balkons of carved wood.  Glorieta de San Sebastián summer house is another colonial structure on the square and a venue for cultural events. Next to the summer house, there is, San Sebastián church completed in the year 1900, and re-built in 1979. Calle Lourdes, a colonial-style cobbled street runs from the square behind the church. 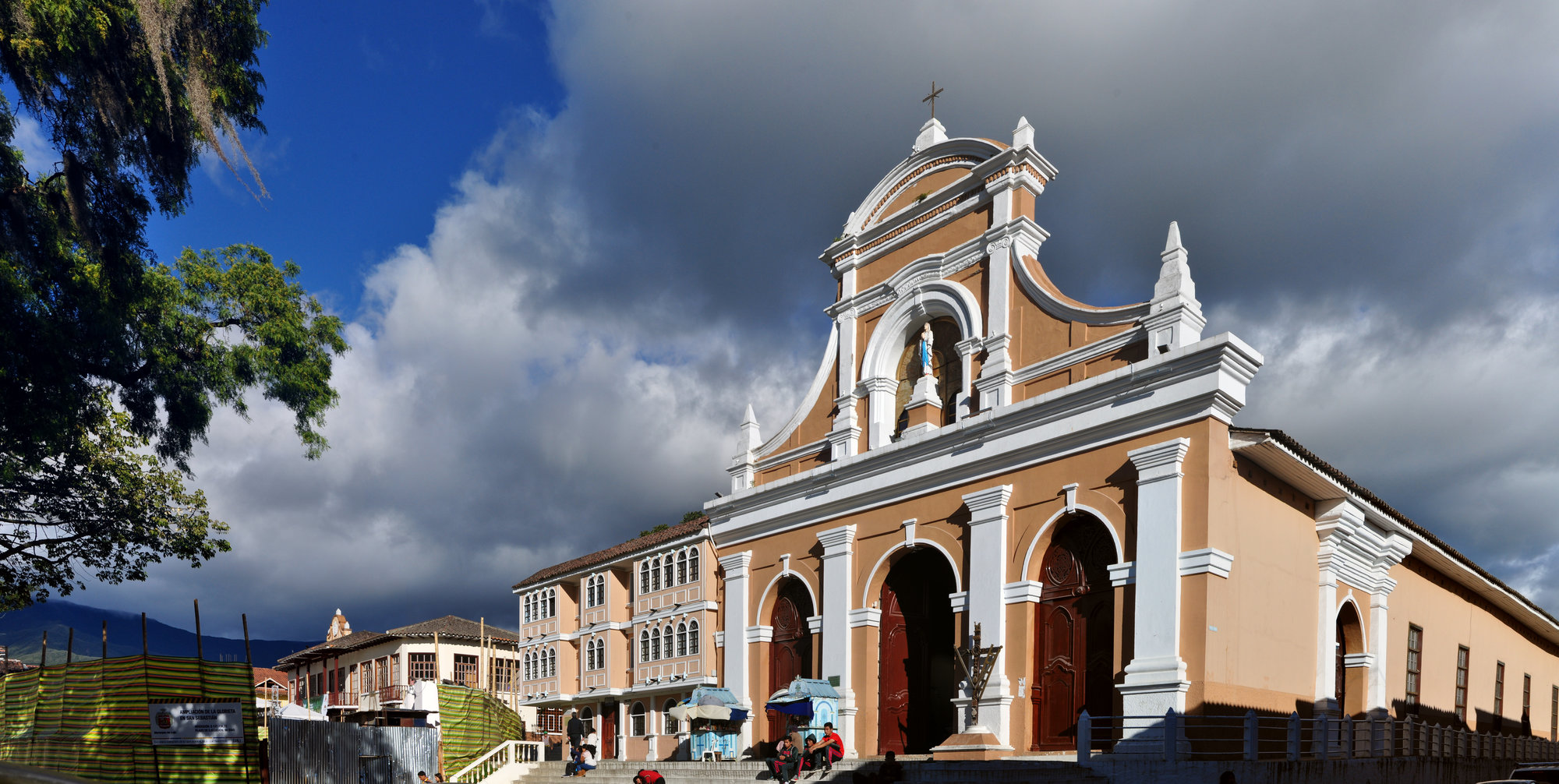 You can walk through Loja's city center in a day, or even in one afternoon. There are beautiful colonial era buildings. Moreover, there are no tourist crowds yet the city is busy anyway. Perhaps too much if you want to have a nice, tranquil walk in it.