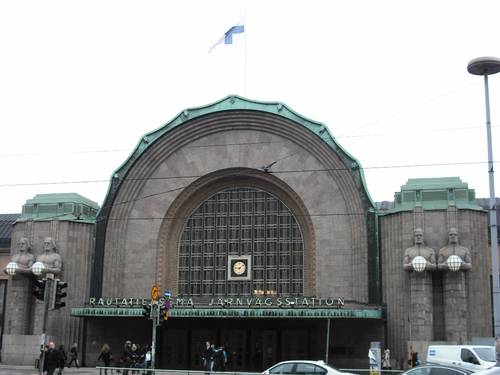 The Finns don’t like Helsinki very much. To many Turku, a capital until 1812, is more popular. In the year Tzar Alexander I moved the administration to Helsinki. If you decide to travel to Helsinki you can easily see all the Finnish metropolis has to offer, in one day. So where one should go? And how to plan your trip? 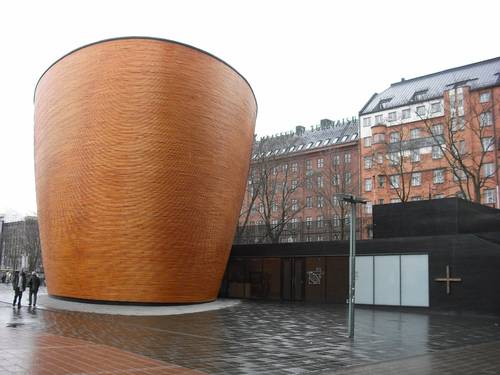 Its favorouable to travel by train to Helsinki for the train station is one of the most important architectonic sights and it is in the city center. If you go to north-west, a couple of meters left to the main boulevard Mannerheimintie there is a modern sacral building Kamppi Chapel, known as the chapel of silence. If you decide to explore a rather small and high wooden construction you would understand that it is really possible to get from busy center to absolute silence and peace in several seconds. The place inspires to sit down and ponder. Several blcoks northwards there is another famous sacral building – underground church Temppeliaukio. 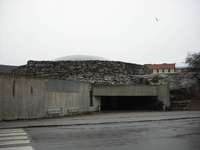 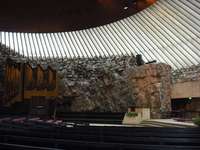 Outside it isn’t particularly interesting. Inside, however, you would be astonished about the space carved into granite. If you have time, you can continue to the north along Mannerheimintie around concert hall designed by Alvar Aalt up until the Olympic stadium inside of which are important remnants of Czech presence. In 1952, Czech runner Emil Zátopek won three gold medals. 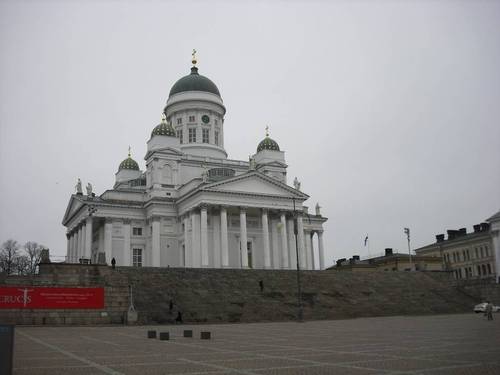 Now its time to get back along the main boulevard and see the true heart of the city that is east to the train station. You just walk through couple of streets and you quickly reach almost empty Senate Square. On it is notorious Tuomiokirkko cathedral. It is worth your attention for its magnificent style and its location. 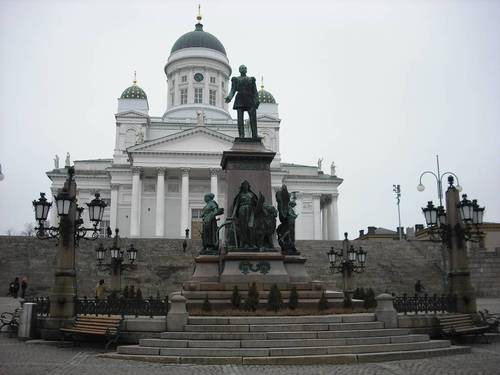 When you are done looking at majestic pride of Helsinki, descend to the harbor. No need to hurry, though. You stil have enough time. It is worth go two blocks back and go through Kluuvikatu Street with the famous Karl Fazer Café. Products of this brand are in every true Finnish household. Despite its high prices, the café is excellent. After you warm yourself with a cup of Finnish coffee, continue green boulevard Esplanadi to the shore. 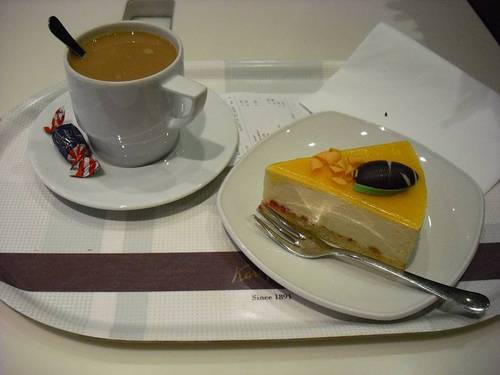 Here direct your attention to Kauppahali, or marketplace. Unfortunately, at the time of our visit it was under renovation. It was, therefore, hard to tell what delicacies hide inside. Continue to the west around places where many cruise ships set sails. Go until you see the last of Helisinki’s sights. It is Russian orthodox cathedral Uspenski built in 1868 in the old-Russian traditional style. 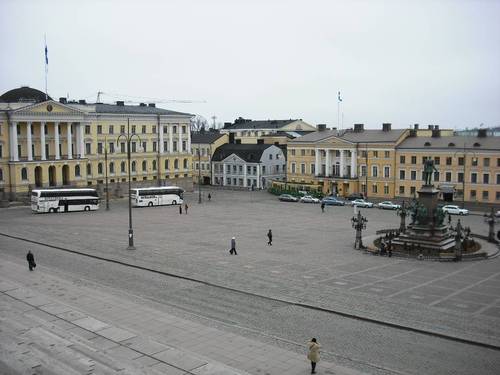 In case you were quick and you managed to see everything quickly, you can travel to one of the neighborhood islands. The best option is Suomenlinna. It is an fortress island listed as seznam UNESCO’s World Heritage. If you love history, it would be best to have a whole day for the island. Next article we have a closer look at the fortress.

Estonia, Tallinn – By Boat from Helsinki

Published: 16.1.2020
Helsinki is a seaside town and thanks to its location in the middle of the Gulf of Finland, you can turn around to see the surrounding states. Ferry journeys of various lengths can be used primarily as a connection to the Swedish capital - Stockholm, St. Petersburg. St. Petersburg, Russia (where visas are needed), or the capital of Estonia, Tallinn. And just over two hours of sailing distant Tallinn is an ideal day trip from modern Helsinki to history.

China: Studying – Back on the Scene

Published: 27.9.2014
When before the departure from Chengdu I decided to final packing of my things, I found out that I have a lot more than a few things.