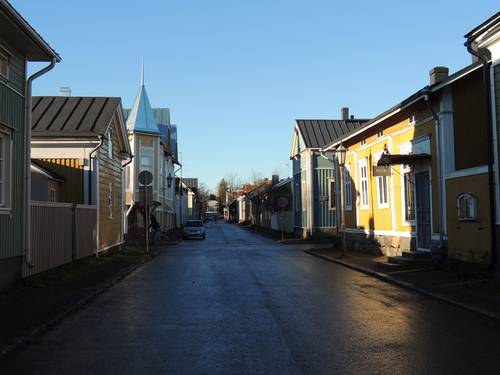 Especially interesting is the Neristan quarter in the city center a couple of blocks from the bus and train station. Right next to another there are typical colorful wooden houses. Nice view, especially in winter, their colors excel while they are partially covered with snow. If you got northwards off along the river, you will have a nice walk in a large English park. 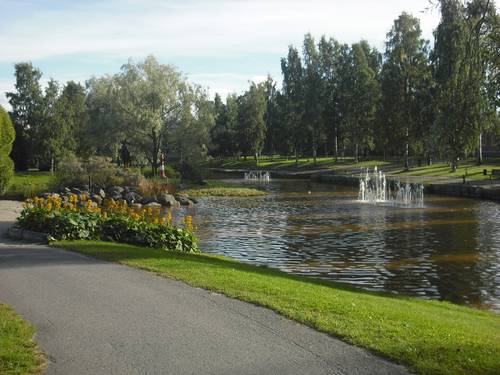 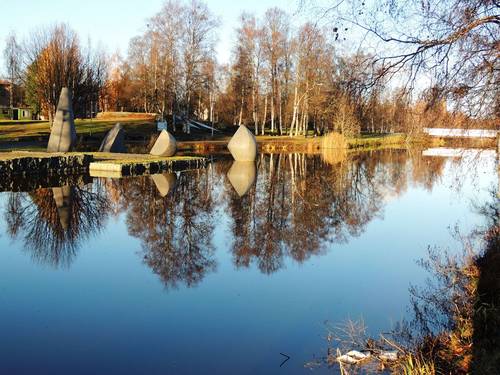 If the park lures you to prolong your walk, you can go along the right bank of the Sunti river until you reach its mouth to the Gulf of Bothnia. Near is a small beach with modern Finnish houses. Here is a cruise ship that regularly travels to nearby Tankkar island. The symbol of the island is a marvelous red and white lighthouse . You can see a scale model of the lighthouse in the municipal park. 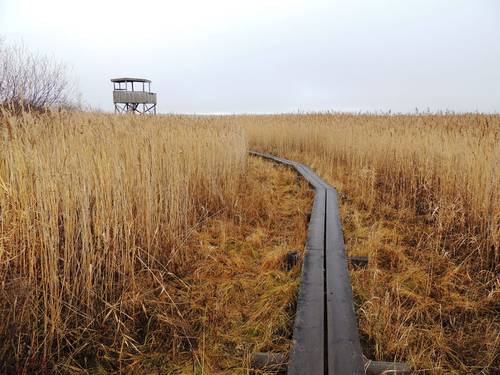 Should you stay longer in the city, take a hike to the old lighthouse. There runs a road from the beach that changes to an interesting trail. The place itself is romantic and almost melancholic. On cold days you should stop by Villa Elba. There is a center for free time and ecology, and you can get warmer with a cup of traditional Finnish percolated coffee. Also, you can take the other way, out of the city, and visit Punakalliot, Rastamaja or Kalasatama that is bit further. The places offer a nice view of the vast sea and murmur of waves hitting omnipresent rocks. Both trails are long. It would be a good idea to travel by bike. The trip is great, though, especially on a sunny day when sun rays reflect on water, and you can dream about the lands beyond horizon. 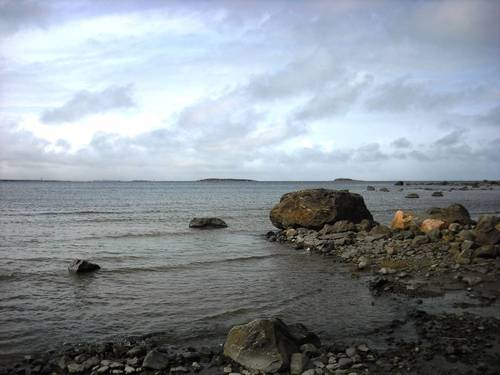