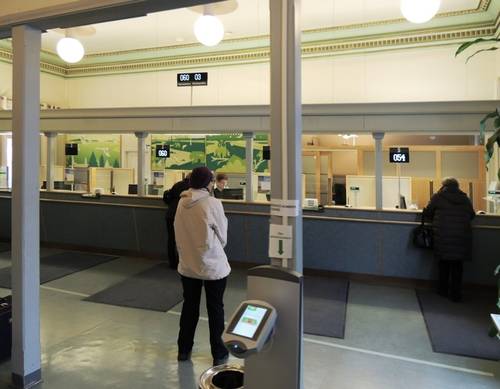 Although, there are still remnants of colorful past, the city is different. If you want visit Oulu you can travel there by plane or bus. The best means of transport is, however, train. Trains are exceptionally good in Finland. Your travelling would be even more comfortable as trains travel there directly and regularly from Helsinki.. 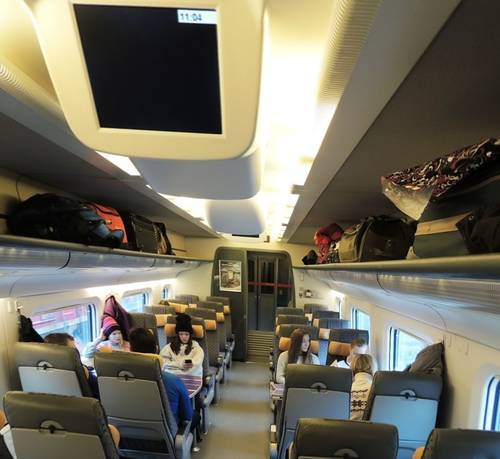 It is just several minutes of walk from the train station to the city cnter. There you should see the town hall. Its glorious building is another evidence of former prosperity. Near town hall is Tuomiokirkko cathedral, the second largest in Finland after the one in Turku. 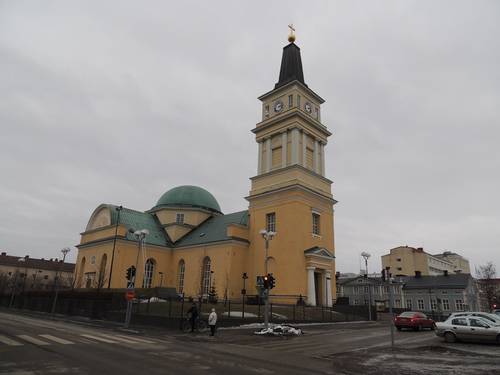 It was built in the 18th century and after big fire renovated in 1996. In the northern part of the city you can find the Museum of northern Ostrobothnia or the Municipal Art Gallery. Those whose hearts don’t seek history or art but rather play, explore, and try new scientific discoveries would enjoy the scientific museum of Tietomaa. Or of the aforementioned places are located just several minutes off the downtown. It is easy to reach them by foot. 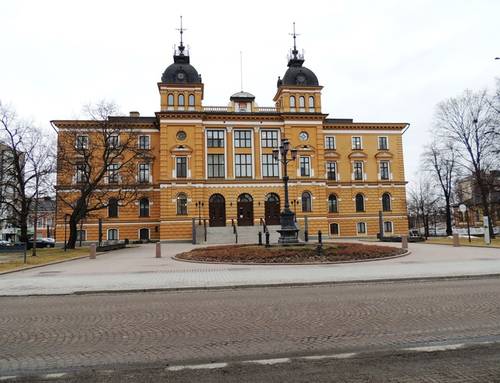 If you are hungry, you can go to the shoreline where is Kauppahalli or marketplace. It is a decorated historical building. You can admire not only its exterior but interior as well. 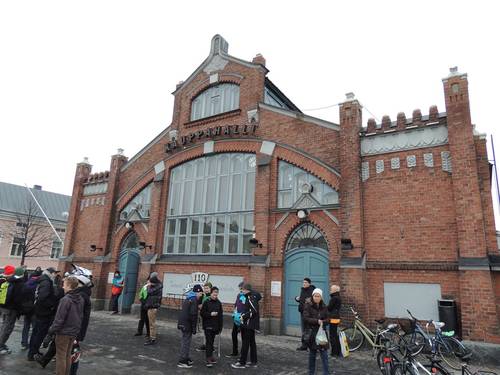 Enter it, walk along many stands, choose some of local specialties. In front of the building there is a statue of a policemen watching over. The statue became somewhat of a city symbol for tourists. If you perefer to sit and have a cup of coffee with something sweet we recommend you Café Bisketi with the best sweets in Oulu; coffee bar Tahtitornin in beautiful observation tower, or Pannukakkutalo, a pancake place. The latter is situated in a visible distance from Kauppahalli and it resides in a old wooden house on the shore. 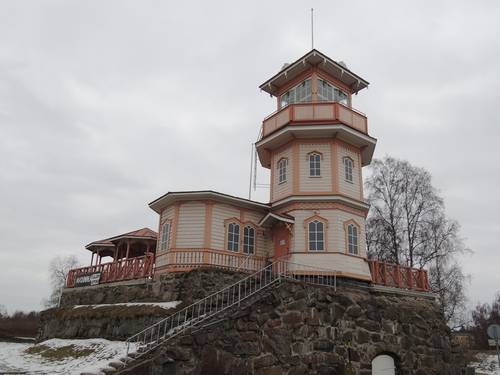 After ample refreshment don’t hesitate and go northwards along the building hosting a theatre and library. The building stands almost in the water of the bay. Also explore an archipelagos so typical for Oula. The first of them is Linnansaari island where you can find the ruins of a 16th century castle. If you go from the island of Raatinsaari to Toivonsaari island you can admire a powerplant designed by the most famous Finnish architect Alvar Aalt. The most beautiful, however, Pikisaari island with old wooden houses. Inside live not only local residents but there are also some workshops or restaurants. 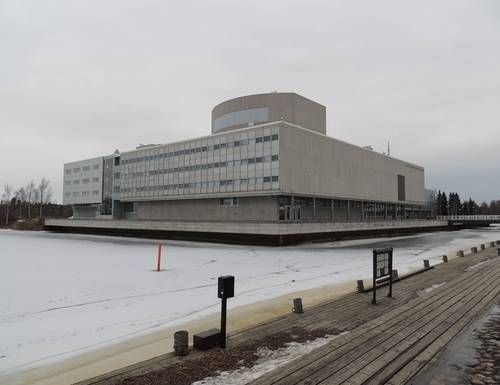 We visited Oulu past winter, extremely mild in Finland. There was no snow whatsoever in the city. To be honest, it was bit depressive and gloomy. If you intend to visit the city in summer, you can expect wholly different atmosphere. The shore lined with flowerbeds, terraces that we saw only in leaflets, will surely lure you to enjoy murmur of the sea. 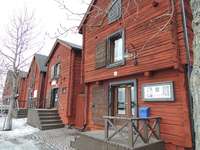 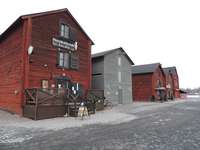