Today we are heading to Department Vaucluse to the left benk of Rhona river. There is Avignon, a city of one hundred thousand. Perhaps you remember it as a temporary seat of the papacy. This lasted the larger part of the 14th century. Pope Clement VI even bought the city in 1348.

One of the most important lanndmarks is the Papal Palace (Palais des Papes). It is one of the most important Gothic constructions in Europe. In 1995, it was listed as a UNESCO landmark. The palace's construction was done by the then best French architects. There is also a library with 2000 volumes which was then the largest in Europe. This was the reason why famous scholars of their time such as Francesco  Petrarca, the founder of Humanism.

Today the palace is a place where many cultural events take place. No wonder that it is one of most popular landmarks in France (over 800 thousand visitors a year). If you speak French there are several guided tours in French. Such tours present daily life of a popeby seeing his private chambers. 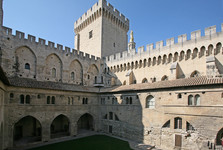 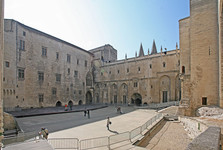 Once you are done with the little palace, go to Petit Palais (should you habe still enough energy). It is not far. Little Palace was a papal residency before Clement V (the most opulent of all the popes of Avignon) built the monumental palace. 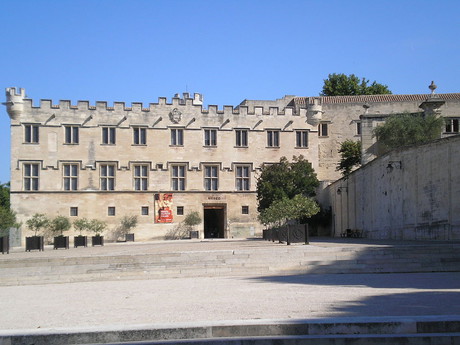 The little palace was designed as a fort. Today, it houses a museum of arts which holds amazing collections such as Italian fine art of 13th – 15th centuries. You can see there, for instance, Botticelli, Bellini or Carpaccio. Apart from fine arts, local artists were also given space to show their art. At local tea house you can have something warm to drink and good to eat. 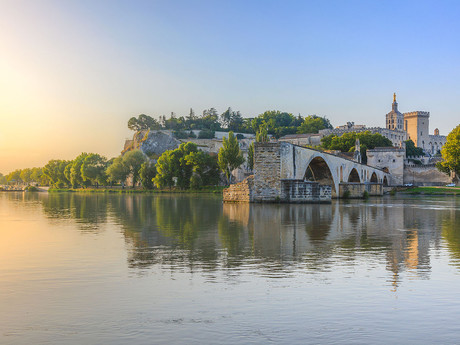 Our next stop is Pont Saint Bénézet known as the Bridge of Avignon. It is the third of the most prominent landmarks in the city. The legend has it that shepherd Bezenet who was later sanctified was told to build a bridge across Rhone by an angel in 1177. The townsfolk laughed at this at first. Bezenet was allegedly gifted incredible power so he could pick up boulders with his bare hands. Others explained this as true sign from the god. Perhaps this was the reason why it took mere eight years to complete it. However, the bridge was damaged in the 13th century during a siege. Till then, the bridge was 900 meters long and had 22 arches.