The name for the area originates in the Roman name of Britannia. You are not mistaken if you think it is linked to Britain. In Latin Britannia means "the land of the Brits". Morever, Britanny is often called Little Britain. The region covers 27 tisíc km2. It is home to 3,2 million people.

Britanny has been settled by the Neanderthales in the early Paleolite already. Plouhinec Commune situated right at the Atlantic Ocean coastline. The oldest fireplace was found there. Our ancestors set it about 450 thousand years ago. 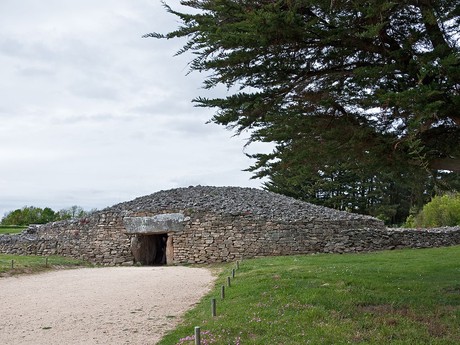 Megaliths were being constructed during the Neolithic Age in Britanny. There are so many of them that the region is considered the core of the Megalithic culture. Golfe du Morbian gulf is considered the most important megalith locality. They say there are so many islands in the gulf as there are days in a year. You can find there gigantic menhirs, stepped pyramids, stone circles, dolmensetc.

Let's take a look at Er Grah in Locmariaquer commune. This menhir was raised in about 4 700 B.C. The 20-meter long, 330 tonnes stone bloc is the largest single stone ever raised in the Neolithic age.  It fell down and broke into several large chunks around 4th millenia B.C. The newest research, however, claims that somebody toppled the bloc in purposel. 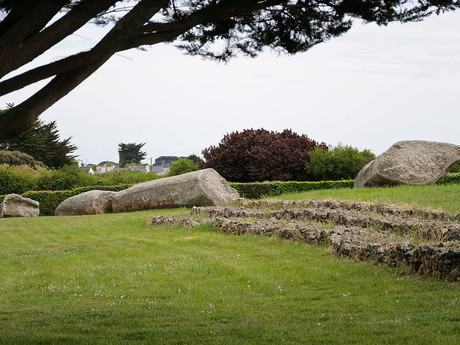 Near Er Grah, there is Table des Merchands, a huge dolmen (a burial memorial made of large stone blocs with a stone desk covering it). The Neolithic people used partially stones from the broken menhir. Inside the dolmen, there are depictions of an axe and an ox-pulled plough.

Next to mysterious megaliths you should visit Saint-Malo, a small port town which is the most popular touirst destination in Britanny. It has kept its form as a medieval town. In the past, however, it was known as a place frequented by corsairs. Its nickname – cité corsaire was very much appropriate. By teh way, Jacquest Cartier set sails from here to his exploration. This sailor is considered the discoverer of Canada. Malmo was also the home of the first colonists who set foot on the Falkland Islands. 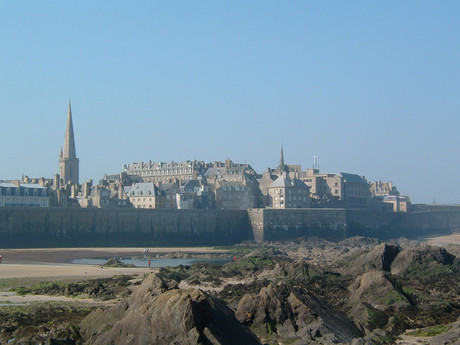 During the WWII the city center was completely obliterated only the town walls survived. Fortunately, a renovation after the war rebuilt the city in its original tone there are even narrow streets and granite houses. 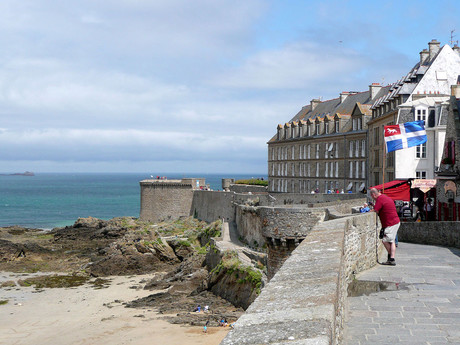 We also recommend you to get on the 12th century city wall. The circuit takes about an hour. The vistas atop the wall are splendid and even better from atop the bastions. Should you be interested in detailed history of the city visit Château de St-Malo (built by the counts of Britanny during the 15th and 16th centuries). It is the residence of Musée d'Histoire de St-Malo. It introduces you to the political history and also the history of every day. You will learn about famous locals such as the aforementioned Cartier, the writer Chateaubriand or "the king of corsairs" Surcouf. There are amazing vistas from the chateau tower.