The Gaulish tribe of Namntes was settled here in the ancient times. The name of the city derives from this tribe. However, its first name was Condevicnum and Portus Namnetu from the 3rd century. It was only during the Middle-Ages when it would became known as Nantes. Today, the city is considered the capital of west French culture and also the entrance to the  Loire Valley. The city used to be maritime and trading center of Brittany. In the 18th century given its strategic location it would become one of the most important trading ports in France. 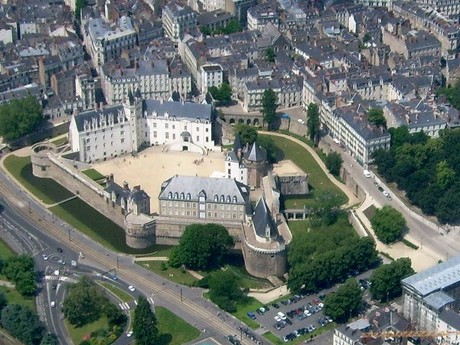 Návštěvníci mohou obdivovat fantastický Castle of the Dukes of Brittany (Château des ducs de Bretagne), paved streets, and beautiful half-timbered houses in the medieval district of Bouffray are only several things you can admire about the city which is not just a collection of historic landmarks for there is lively art scene, great cousine, and vibrant night life. 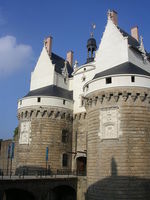 However, let's begin with the historic sights. This chateau was  built in the early 13th century already. Yet it was continually built and rebuilt until the end of the 16th century. In the 1990s, a vast renovation works were underway which would return it to its former glory. It took 15 years to renovate the castle which was reopened to the public in 2007. Since then it has been very popular as it attracts around 1,5 million people a year.

This vast compound houses The Museum of the History of the City of Nantes. The museum's collection are separated into seven important eras in city's history: the chateau; Nantes and Brittany in the 17th century; Nantes: the daughter of the river and the ocean; the trade and black gold; Nantes during the French Revolution; a colonial and industrial port (1815–1940); the birth of the new city (1940–1990); a large city on the Atlantic today and tomorrow. Go up onto the ramparts which give you the vista over the chateau compound and the city. Take a walk to the chateau after dark for it is beautifuly illuminated. 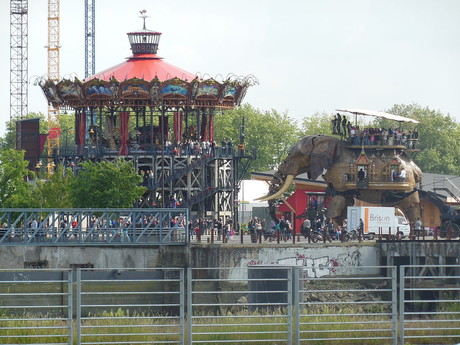 Machines de I’lle is our next stop. You haven't seen anything like it before. This is a project designed by the artists Pierre Orefice and Françoise Delarozièr. The entire project is situated in the former shipyard warehouses. It draws inspiration from the imagination of Jules Verne and Leonardo da Vinci. There are three main pieces of art – the elephant, the marine worlds carousel, and the spider. They symbolize the door to the realm of imagination and magical adventures. 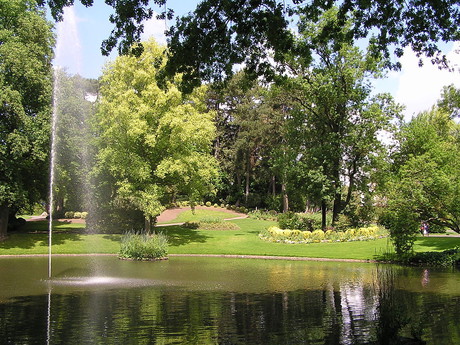 Jardin des Plantes is a place you should definitely see. It covers an area of incredible 73 tisících m2  and is the very first botanical garden which was established in the city. It was founded in 1688 as a little herbal garden. Later it would expanse and become a grandiose garden as you can see it today.

Published: 30.6.2017
La Rochelle is situated between Nantes and Bordeaux. It sits in an idyllic bay on the Atlantic coastline. The heart of the city is crowded with many sights from the Middle-Ages until the 18th century.