Last time we mentioned the city lies on the Loire River. Therefore, we can only recommend to take some nice cruise, for instance to the river's estuary at the Atlantic Ocean.  What you will see is for instance people working at the docs or beautiful nature. It is hihgly recommended to take a night cruise. 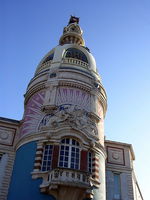 Also, last time we mentioned that Nantes is a city of

rich history. However, this might not mean something inherently positive. Nantes used to be an important French port and also the unofficial capital of slave trade. Two-fifths of all slaves departed from France came from here in the 18th century. The city is aware of its dark history. There is a memorial to slave trade and it is the largest one of its kind in EuropeYou can find it in Quai de la Fosse which is very symbolic gesture while it was fom here where slave ships set sails.

Other important places are Tour Lu and Le Lieu unique. LU is the name of an old cookie factory. It was renovated by the architect Patrick Bouchaine who created Le Lieu Unique out of it. Today, this place hosues modern art

One of the most famous French and well-world writers was born here in Nantes in 1828. It was nobody else but Jules Verne. Who hasn't read his Twenty Thousand Leagues under the Sea, Around the World in Eighty Days, Five Weeks in a Balloon or Journey to the Center of the Earth? His imagination found many devoted readers. There is even a museum devoted to Jules Verne in the city. 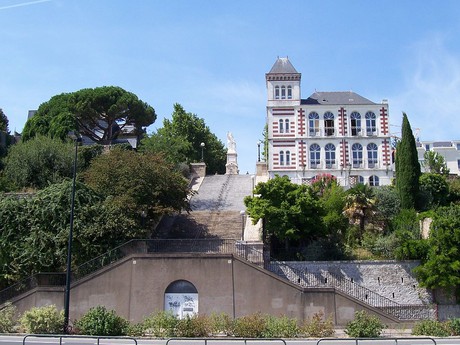 It is situated in a beautiful 19th century building which sees the river. There are eight 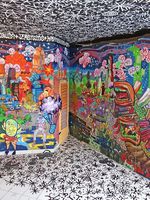 galleries which introduce the personality of Jules Verne and his universal talent. This all costs mere 3 euros.
Adjacent to the museum there is a planetarium which is trully a great next place to be after visiting the Jules Verne Museum.

Should you be interested in art than we recommend you La Villa Ocupada. It is free of charge and you can see what twenty artists did when they were given a free hand. Their imagination is truly astonishing.

Last but not least we take you to one of the major religious landmarks in the city - St Peter and Paul cathedral which is called Nantes cathedral for short. This Roman-Catholic church is located in the very downtown. Finished only in the 1890s, the church had been built for over 360 years in Gothic style. It stands on former Romanesque cathedral.