Two thousand years ago, Rennes was a small Gaul village. Once Romans conquered Gallia, its strategic location made Romans to built ramparts and further develop this settlement. During the Middle-Ages, Rennes next to NAntes and Vannes was one of the capitals of Brittany. Breton kings had been always crowned in Rennes cathedral.

Downtown of Rennes stands on the area of former ramparts. In 1720, a huge fire broke out in the city which destroyed most of all timber framed buildings in the north. New houses were built of stone. Moreover, new streets were wider and made on grid plan. 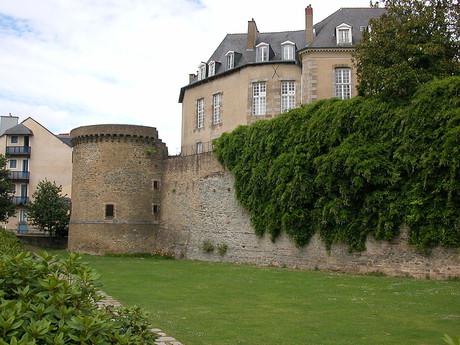 Parlement de Bretagne is one of the most famous buildings in the city. In the ancient regime times, it was a court of justice which was responsible for recording edicts and royal letters. The building was built during the years 1618–1655. IT was built according to the plan of Salomon de Brosse. He also designe the Luxembourg Palace, Paris. The great hall with its amazing coffered ceiling. During a protest of fishermen asking for higher subsidies in winter 1994 a boat lens flare accidentaly fell on the rooftop and ignited fire which destroyed the roof, library, and Attorney General Office. Thousands upon thousands of records were destroyed. 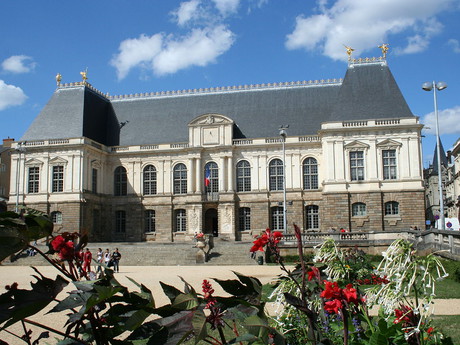 If you got hungry during the tour in the city, we have a great tip for you

.  L'Atelier des Gourmets is a highly regarded restaurant only ten minutes of walk from the parlement building. This bistro serves a combination of a regional cuisine with modern trends. 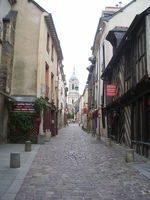 To get some more taste of Breton cuisine visit Place des Lices situated just northwest from downtown Rennes. It is surrounded with beautiful buildings. Famous market taks place there every Saturday. It origins date back to the 15th century. Over three hundred artisans and producers gather from all around Brittany to sell their goods. It is the best chane to taste some home-made cider or salted butter.

After some good food, it is worth going to Parc du Thabor covering the total area of ten hectares. Denis Bühler designed it in the 19th century. It consists of an English-style park, French-style park, rose garden, a botanical garden, greenhouses, fountains, and musical pavillion. Simply put, it is a beautiful green place which is great for a quite walk which makes you rest from a large city.