It's just part of France, you might say. We already know it, although it is beautiful there, not for nothing it is called la douce France, but among baguettes and fashion fads we do not get any adventurous experience.

Although Brittany is indeed one of the French regions, it is more like an independent country. Her culture and perhaps the mentality of the population are so different from the French one. This is because Brittany has long been a separate unit with its own history, culture, and even a language that is little similar to French, a Celtic language related to, for example, Irish or Welsh. Brittany was only annexed to France in 1532. Even then, it retained considerable autonomy (among other things, Queen Anna had exempted the non-payment of customs duties, which has been preserved to the point that Brittany is the only region in France where there are no toll motorways). 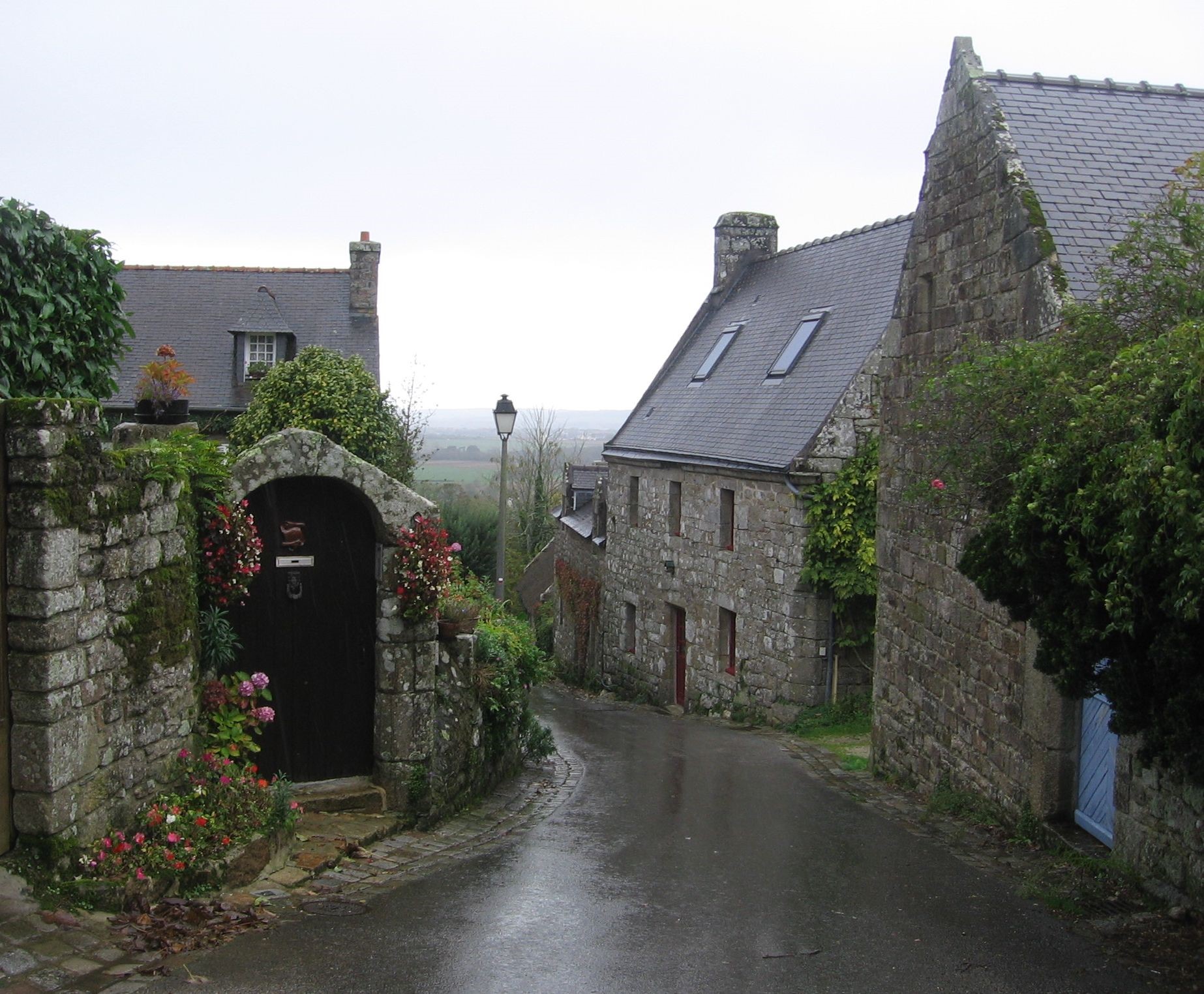 The Land of Living Tradition, Nation Pride, and Original Language

Brittany is referred to as one of several regions of France with a very strong regional feeling (besides eg Corsica, French Basque Country and Catalonia, Alsace). Thanks to this fact (which you meet here every step of the way with a number of flags, stickers and inscriptions celebrating "Breizh" as the country calls it), Bretons are able to maintain local traditions that are surprisingly often part of everyday life. To tell you the truth, during my travels in France, I have not yet visited a county with such lively traditions as Brittany. They're ubiquitous here. The most striking are music and dance. Breton traditional music (quite similar to the music of "Celtic brothers", for example Irish music) is a line from any local pub where you can savor a refreshing cider or a local beer, but I personally can't sit too long for listening to it. That is why the so-called fest-noz (bretons night festival) is held very often, where crowds of dancers rush from children to old men, in traditional recurring rhythms (most often accordion, violin, bagpipes and various whistles), they dangle traditional Breton dances. During them, you can just chat with a neighbor while playing slower songs. And when they can barely catch their breath, they wipe the sweat from their forehead, refresh themselves with cider, or supplement their energy with delicious pancakes. After visiting a few such festivals, I note that we do not have to go among the indigenous peoples of some African or Indian tribes to dance in trance… That you would like to participate, but just watch, because you cannot dance? So you don't have to worry about it, because the Breton music doesn't really leave you, but the basic dances are simple, often a small crash course precedes the fest-nos. 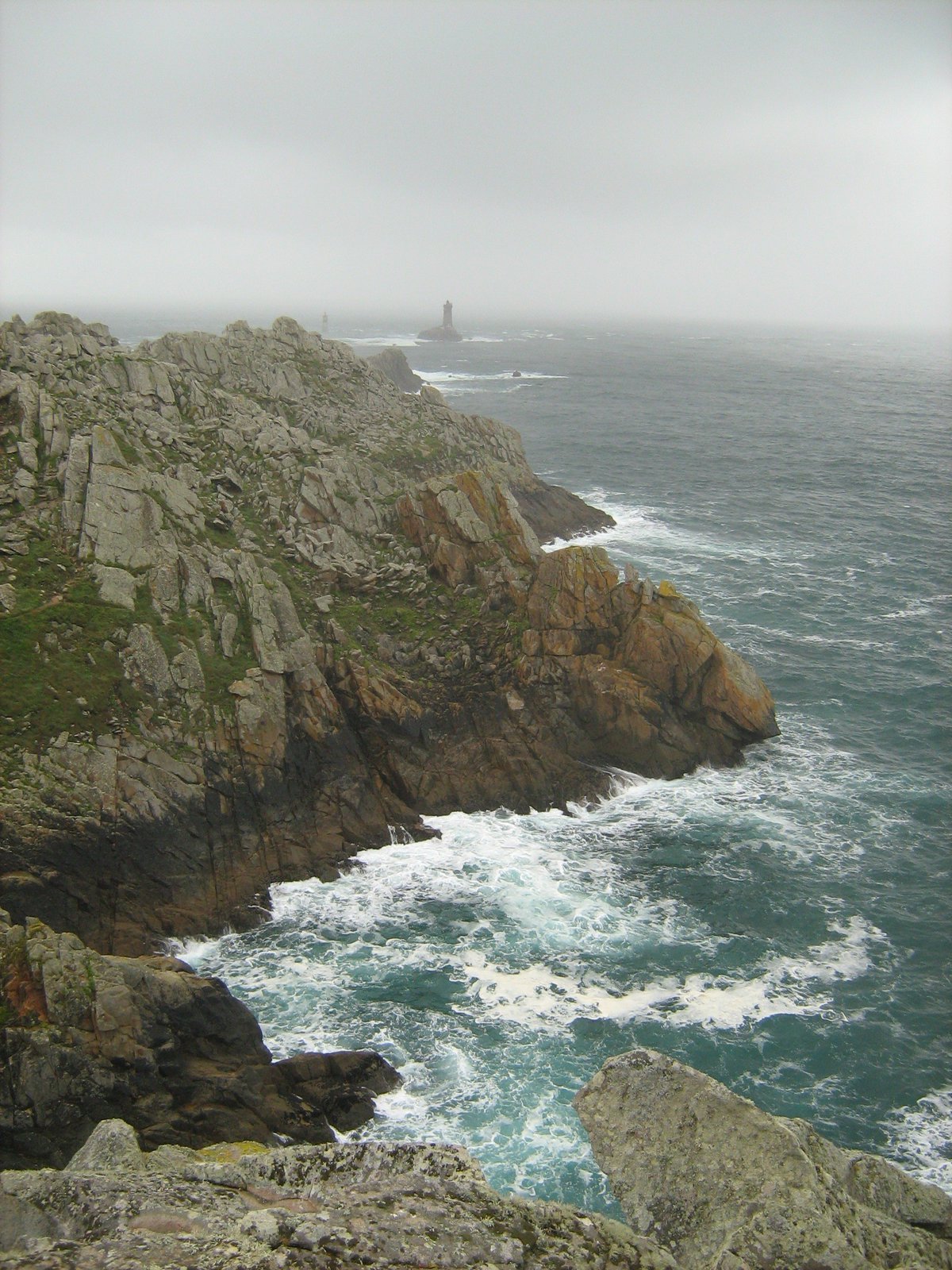 Brittany is also exceptional for having its own language, well even two. In the western part of Brittany (called Basse-Bretagne or Lower Brittany, which is sometimes called "the true Brittany", thanks to the strongly anchored and ever-living traditions), Breton, the already mentioned Celtic language, was used. Its specific sounds and strong with rhythmic use of accents, it seems to reflect its wild nature with unbounded wind and sea. When you hear him in a coastal tavern from the fishermen's mouth, you will agree with me how this place belongs. Unfortunately, today, not all of Britons speak, as well as the other regional languages, this one is at great risk. Just as I celebrated the Breton enthusiasm for tradition preservation, the language has been enjoying a new wave of favor, especially among the younger generation. On the way to Brittany, however, we must not forget the second traditional language, the Gallo, which was spoken (and is spoken, albeit to small extent) in the eastern part of the region, the so-called Haute-Bretagne (Upper Brittany). It is a Romance language, making French more similar, but bearing a specific Breton culture. 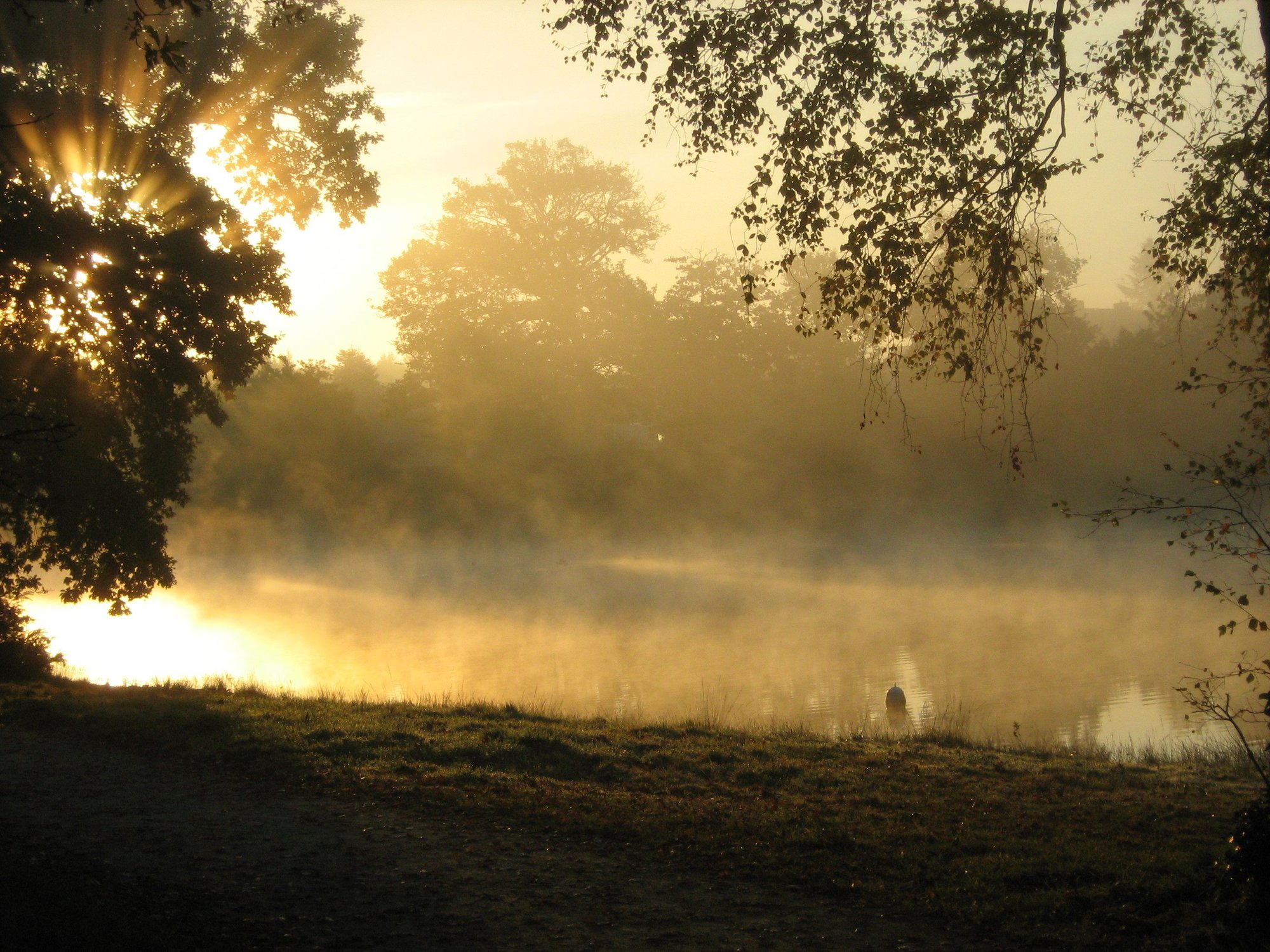 The Land of Mysterious Nature Wonders and History

I compared the Breton language to the harsh beauty of the local nature. Indeed, wherever you want to take your feet in Brittany, I guarantee that you will stare in disbelief at the splendor and timidly await when the mythical knight Arthur, a group of dancing fairies or Korrigani elves, emerges from behind an old oak or jagged rock, the old known of the Breton tradition. fairy tales, myths and legends. The nature of Brittany has a lot of faces, and everywhere around you, you can be surprised by the new breathtaking scenery, but it can be divided into two major areas. There's seaside Brittany  called Armor. Here you can face the stormy sea that strikes the rock cliffs with its might only to shatter into thousand droplets drifting in the wind or mixing the rain. The rain in Brittany can come any time. However, you will stop minding it once you realize it is what makes Brittany. You just have to have a good raincoat and shoes and then you will surely fall for the beauty of Breton rain. At the same time, the wind will stop at the seaside and the powerful wind will dry you. The inner land, Argoat, is calmer. There are many fields and often empty villages with traditional architecture, and deep forests. This part of Brittany is dominated by green. Due to the frequent humidity, everything is fresh, the thick trees are covered with thick moss and ubiquitous ivy. Fog often rises from the forests and gives them even more on their magical atmosphere. 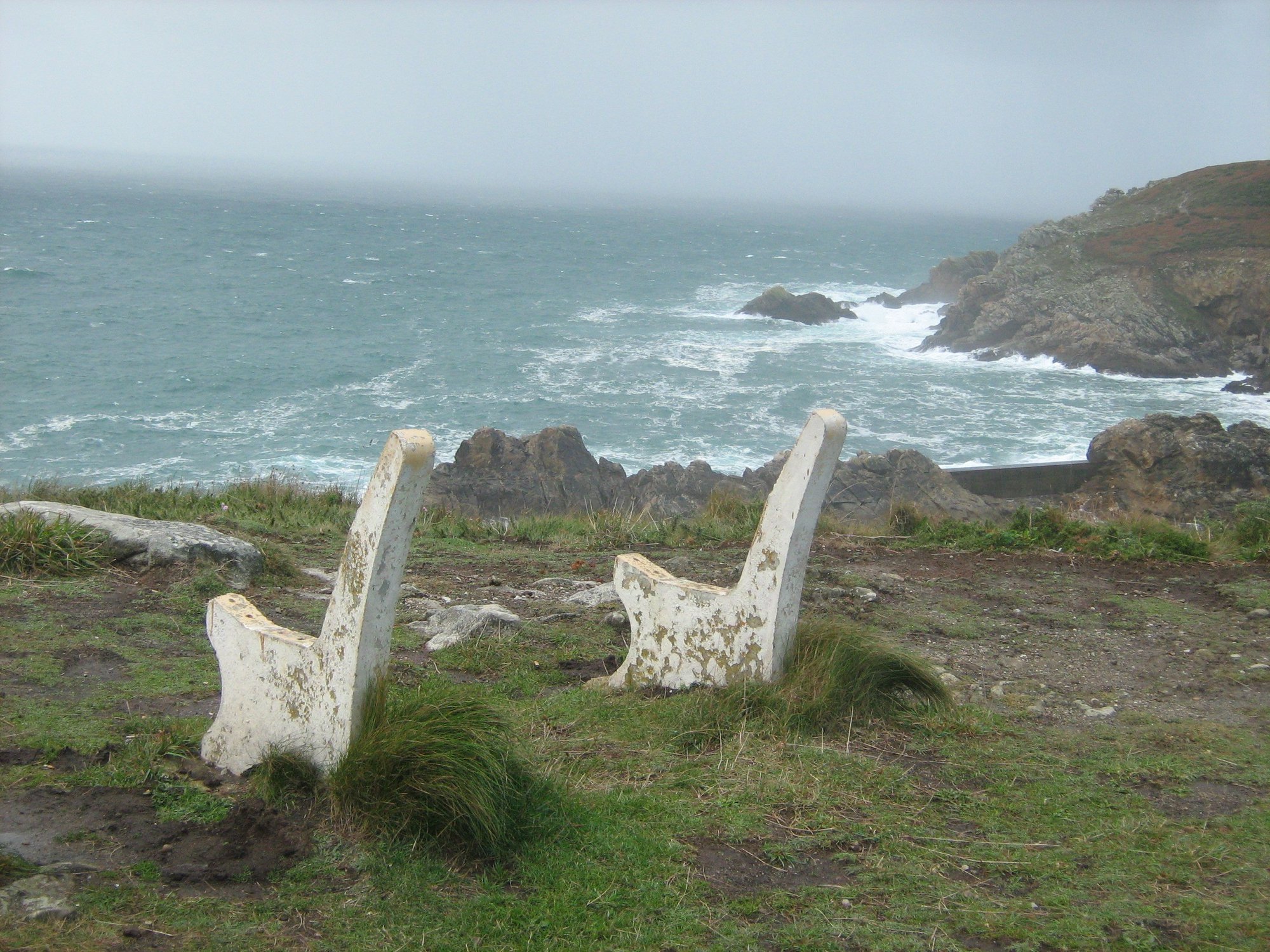 Not surprisingly, many of the local natural monuments are the scene of legends. For example, in the forest of Brocéliande, near the capital Rennes, with a little luck you can meet King Arthur and the knights of the round table and Merlin with the fairy Viviane. And if you have a passion for cultural heritage, your heart will flutter when you visit Brittany. Perhaps the greatest pearls of Brittany, which can not miss any sightseeing trip to Brittany, are prehistoric megalithic monuments, churches and magnificent works of local stonemasons, who were able to portray almost impossible into hard granite. This is evidenced in particular by calvary, present mainly in the villages and towns of the northwestern part of Brittany, around the town of Morlaix. The most beautiful of these monuments is their inseparable connection with nature. The churches, calvary and walls that surround them are overgrown with moss and various flora, which perfectly reflects the essence of the whole of Brittany. 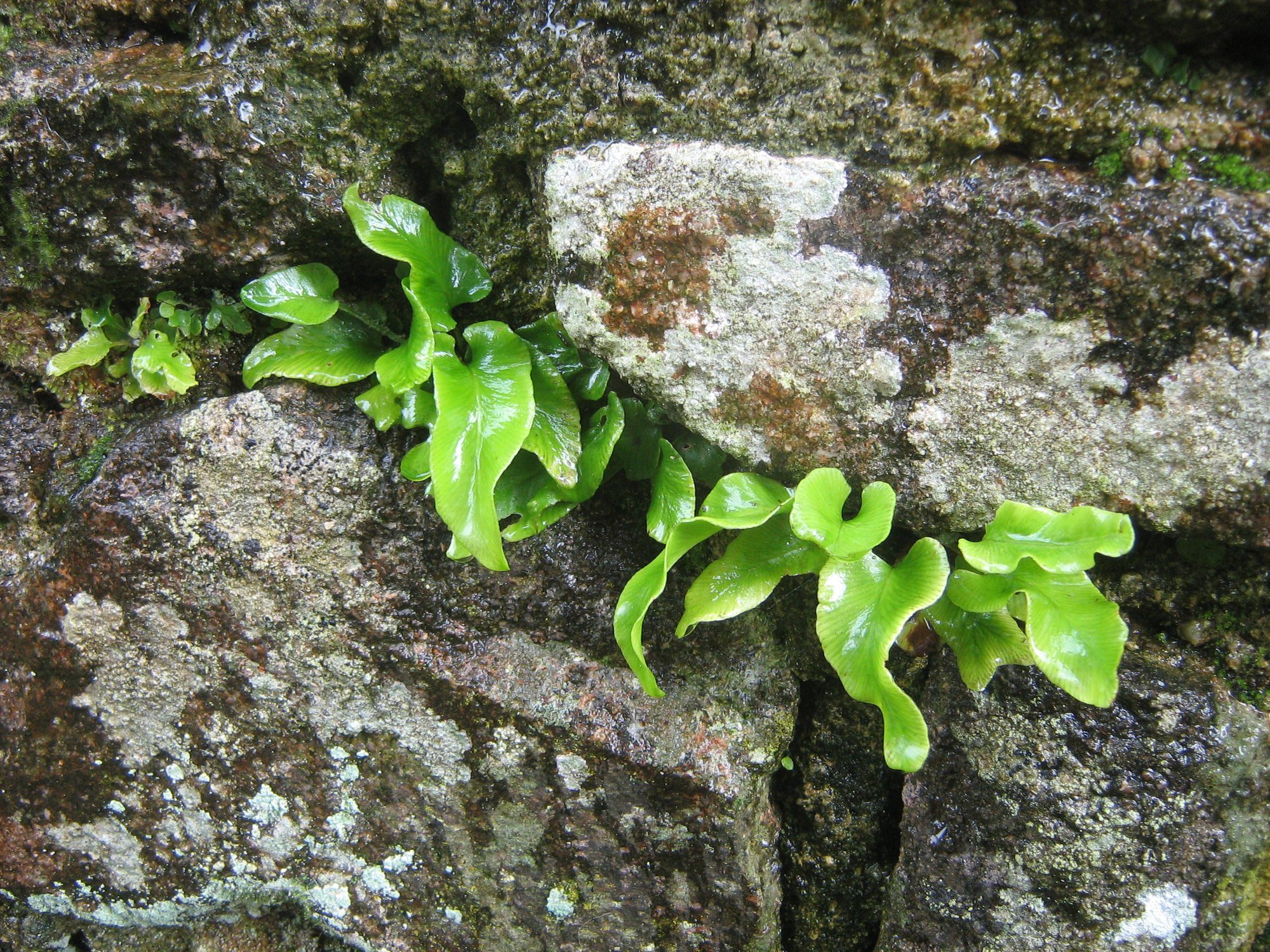 In conclusion, the local population also has something that will immediately capture your heart. People are somehow nicer to each other. Bretons are said to be harsh (like their climate) and closed to the outside world. But they have a good heart and are very friendly. I have been convinced myself many times. Nowhere in the world have I come across such a dense frequency of people who have a constant need to help the traveler. And this kindness is contagious.

Text and: Anna Třesohlavá – she writes for CK Mundo, a company organizing sightseeing trips to Brittany, Normandy and other places